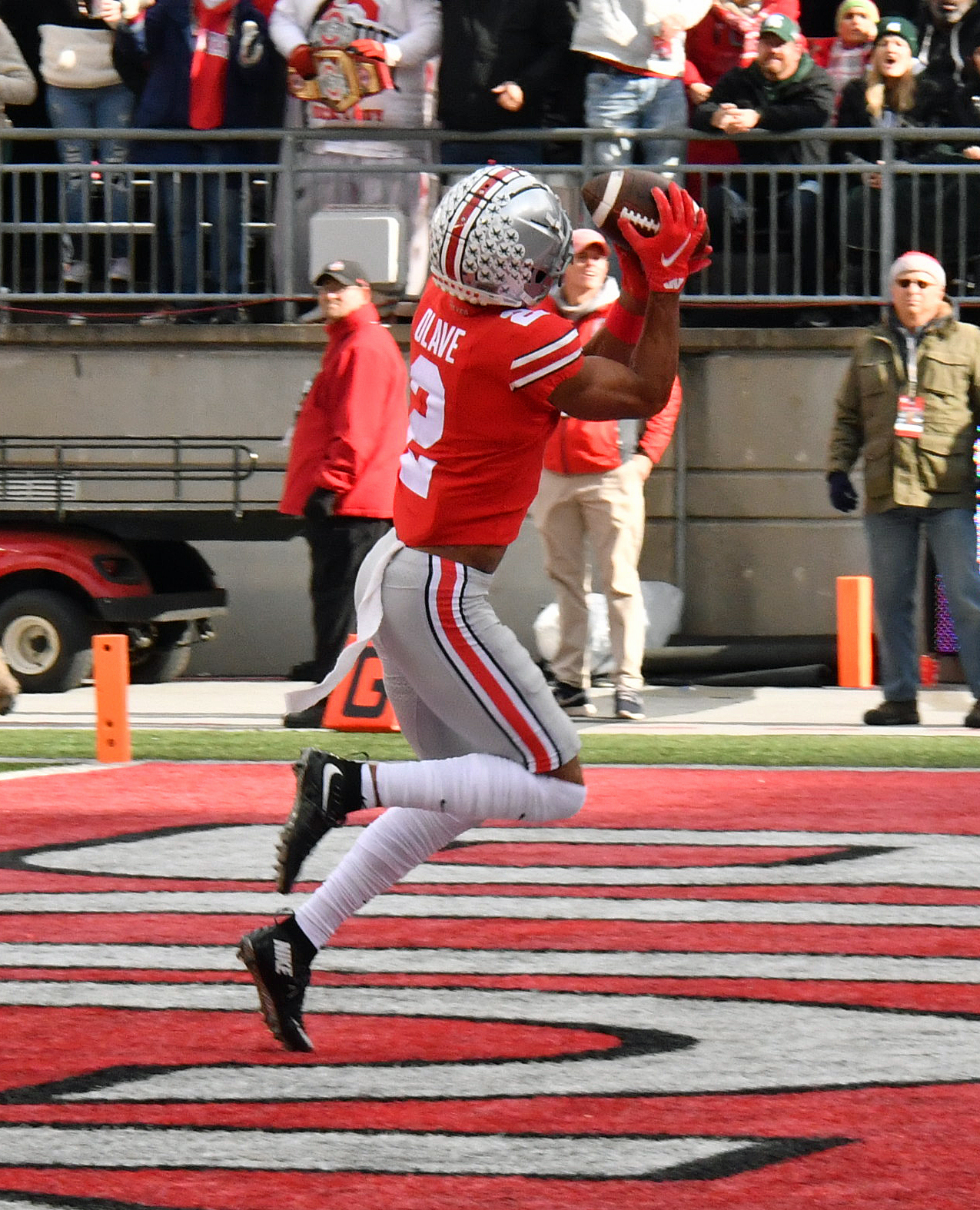 Olave scored on 23 and 43-yard passes from quarterback C.J. Stroud, who finished with six touchdowns on the day. He came into the season with just 22 receiving touchdowns, but has found a connection with his freshman quarterback that’s allowed him to rise in the record book this season.

Against the Spartans, Olave finished with seven receptions for 140 yards, most on the team, and two touchdowns. This season, Olave leads the nation with 13 receiving touchdowns.

“He’s such a weapon down the field, he did a nice job on a couple other things today – bubble screens and things like that,” Ohio State head coach Ryan Day said. “His running after the catch has been really good. He’s just fast, 0-10 off the charts.”

Olave also received a congratulations from Boston on Twitter for breaking his record, which Boston had held since 1998.