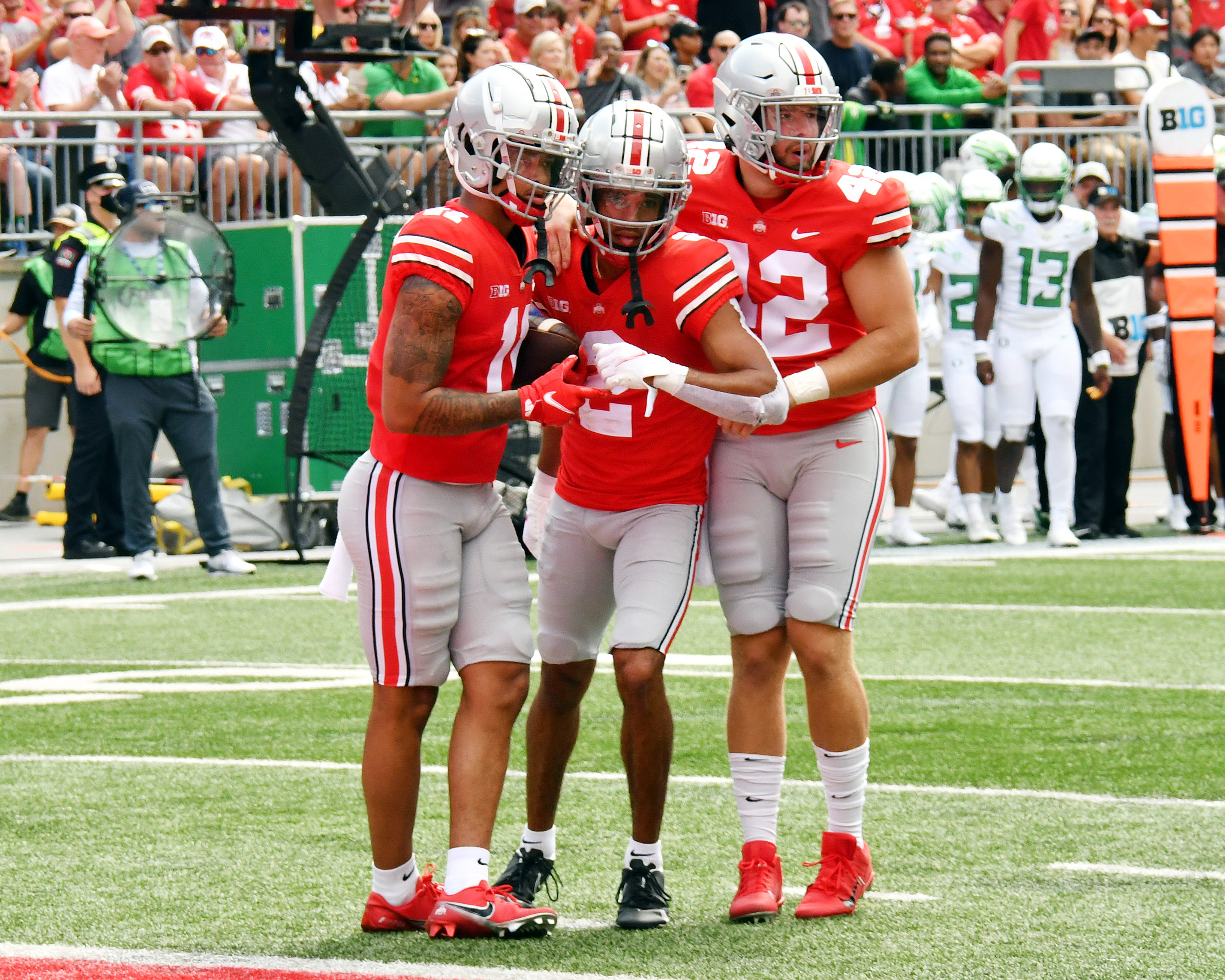 After four catches for 117 yards and two touchdowns against Minnesota, Olave upped those totals to 115 receptions, 1,892 yards and 24 touchdowns. Against Oregon, despite the loss, Olave put up some gigantic numbers in two of the three categories.

Olave had 12 catches for 126 yards in the 35-28 defeat, but was held without a touchdown in the effort. That puts him at 127 receptions, 2,018 yards and, still, 24 touchdowns, but he is well on his way to having a chance at all three program records.

Currently, he is 75 catches, 891 yards and 11 touchdowns from breaking the records in front of him, and the pace he is on is favorable. Over a 14-game season (regular season, Big Ten championship, bowl/playoff game) Olave’s 16 receptions for 243 yards and two touchdowns would become 105 catches for 1,701 yards and 14 touchdowns, all of which would be enough to make history.