Carmen’s Crew Happy To Be Back For The Basketball Tournament 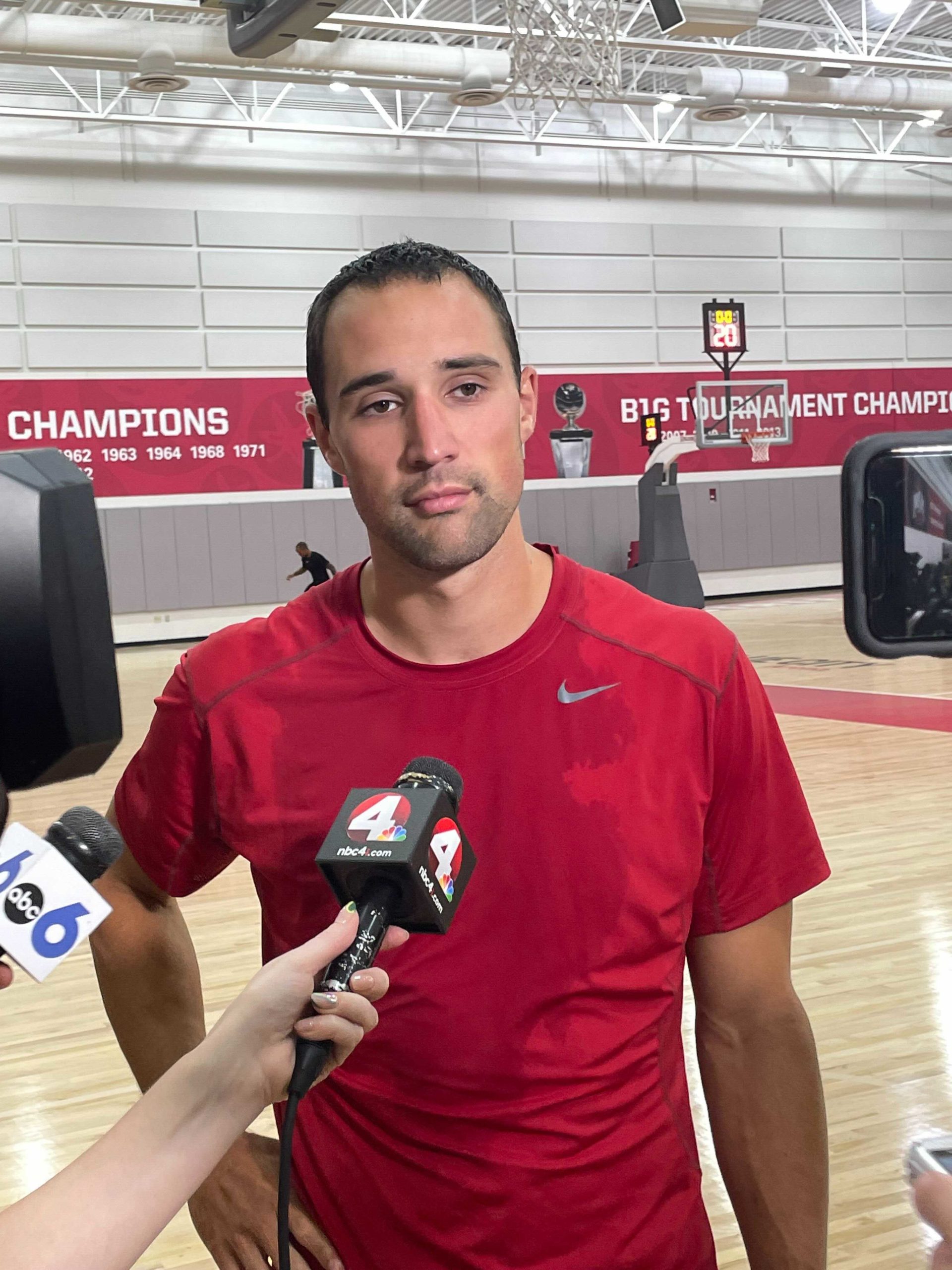 It’s been a tough year for basketball teams affiliated with Ohio State and single-elimination tournaments – and though the women’s team was ineligible for postseason play, it may be able to consider itself lucky, given the results of its counterparts. On the men’s side of the game at OSU, the Buckeyes suffered a now-well-known defeat at the hands of No. 15-seeded Oral Roberts in the first round of the 2021 NCAA Tournament. Hot shooting from Oral Roberts and a late cold stretch for Ohio State doomed Chris Holtmann’s Buckeyes.

They won’t get a chance to redeem themselves for several more months, wading through the long summer days as they build out the next rendition of the roster, in hopes that this one won’t meet anything resembling a similar fate in postseason play.

The other Ohio State-affiliated basketball team – at least, loosely affiliated, seeing as they practice at Ohio State’s gym – doesn’t have to wait any longer to redeem itself. After a 76-68 loss to the No. 16-seeded House of Paign in the first round of The Basketball Tournament, Ohio State’s alumni team, Carmen’s Crew is back in the game as a No. 1 seed and hopeful about finding more success in 2021 than it did in the 2020 bubble tournament.

“These guys are determined not to repeat what we did last year, and that’s pretty much how we’re competing,” general manager and coach Jared Sullinger said.

Although the majority of the core of the team returns, namely shooting guards William Buford and Jon Diebler and forwards David Lights and Evan Ravenel – among others – it is a team that welcomes some new names. Former Buckeye standouts Shannon Scott, Keyshawn Woods and Kosta Koufas have joined the group, as has Miami (Ohio) product Julian Mavunga. It’s a select group, according to Sullinger.

“I realize how tough it is to be a GM and a coach,” Sullinger said. “A lot of people want to play for Carmen’s Crew but you have to do what’s best for the group and to win $1 million, essentially. It was a lot of tough work, a lot of long hours just making phone calls, trying to persuade guys to play, (and) I think we got a good group of guys.

“I think we’re more dynamic. We added some great pieces to the pieces we already had and we’re looking forward to going out and competing on Friday.”

Notably among the returners is a player that many thought was out of the competitive basketball game, opting to trade in the sneakers for a degree. Point guard Aaron Craft was largely referring to the 2020 edition of TBT his final ride in this avenue as he prepared to start medical school, but with the summer off from classes, Craft has one more year in him and will suit up for Carmen’s Crew this summer. This one, however, he’s a bit more sure about.

“I would be surprised if I played again after this,” Craft said. “Tuesday night (at rec league), I’ll be there, but that’s a little lower-key.”

For Craft, 2021 TBT is less about a chance to get back on top after the surprising first-round loss last year, and more about getting one more run in with his long-time teammates.

He doesn’t expect to be quite the same Craft as fans are used to after taking a year away from basketball – though his teammates were quick to shoot down his assessment – but he is looking forward to contributing what he can from the bench this season, likely backing up Scott at point guard.

“I’m definitely not in shape the way I would love to be, but I think I’m working on getting there,” Craft said. “I fooled myself thinking (the Tuesday night rec league) was getting me in shape the last couple of months, and it is not. But we’ll see how it goes.”

“Aaron’s going to be fine,” Scott said. “We played with him today, he’s definitely in shape. He has a kid now, he runs around more probably now than he did back then. So I think he’s gonna be fine. He’ll be in shape, he’ll be good.”

Carmen’s Crew will get the chance to show off the shape that it’s in for the first time in a year on Friday evening, with a 9 p.m. matchup against No. 16-seeded Mid-American Unity in the Covelli Center on Ohio State’s campus. With a win, it’ll advance to the second-round with a matchup against either the No. 8 seed, Men of Mackey (Purdue alumni), or the No. 9 seed, Ballinteers (Tennessee alumni) Sunday at 4 p.m.