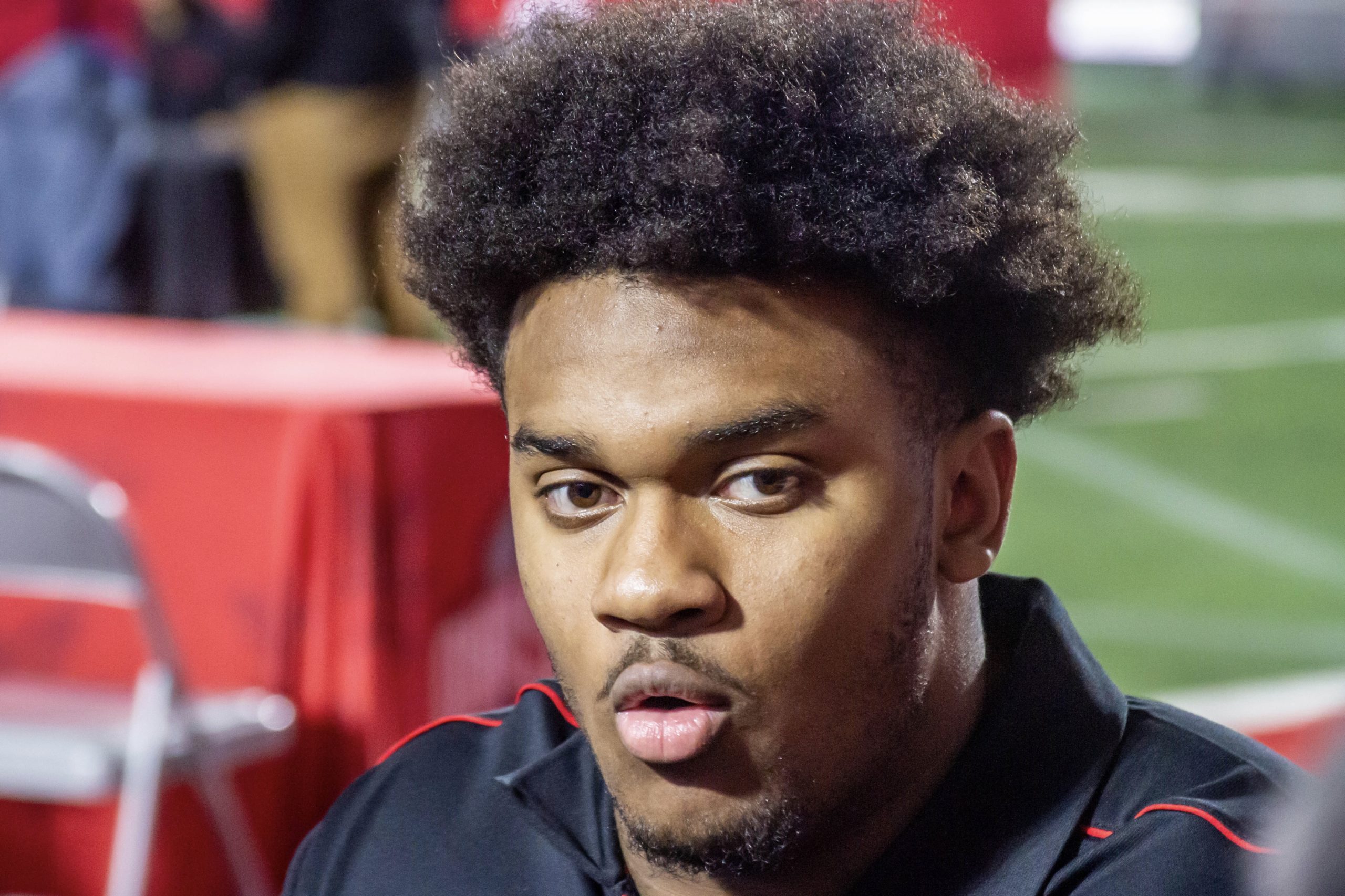 Freshman cornerback Cameron Martinez and freshman offensive tackle Paris Johnson are the 10th and 11th new members of the Ohio State roster to officially join the team this fall, as both plays dropped their black stripes on Wednesday evening.

Martinez, who came to Ohio State as the No. 323 player in the class of 2020, was praised by one of the top assistants on the player development side, Ryan Stamper, as a player that’s improving early at the next level.

“This first guy could take a million reps in practice, played quarterback in high school, getting better and better at his new position, cornerback Cameron Martinez,” Stamper said.

Johnson, a former five-star prospect that came to Ohio State with massive expectations and immense talent, which Stamper mentioned in his brief introduction.

“He’s extremely talented, got to continue to get better, future’s bright,” Stamper said.

“Hey I love being out here with y’all every day,” Johnson said. “I love my unit and the defense that gets me right every day, and the coaching staff. Buckeyes!”