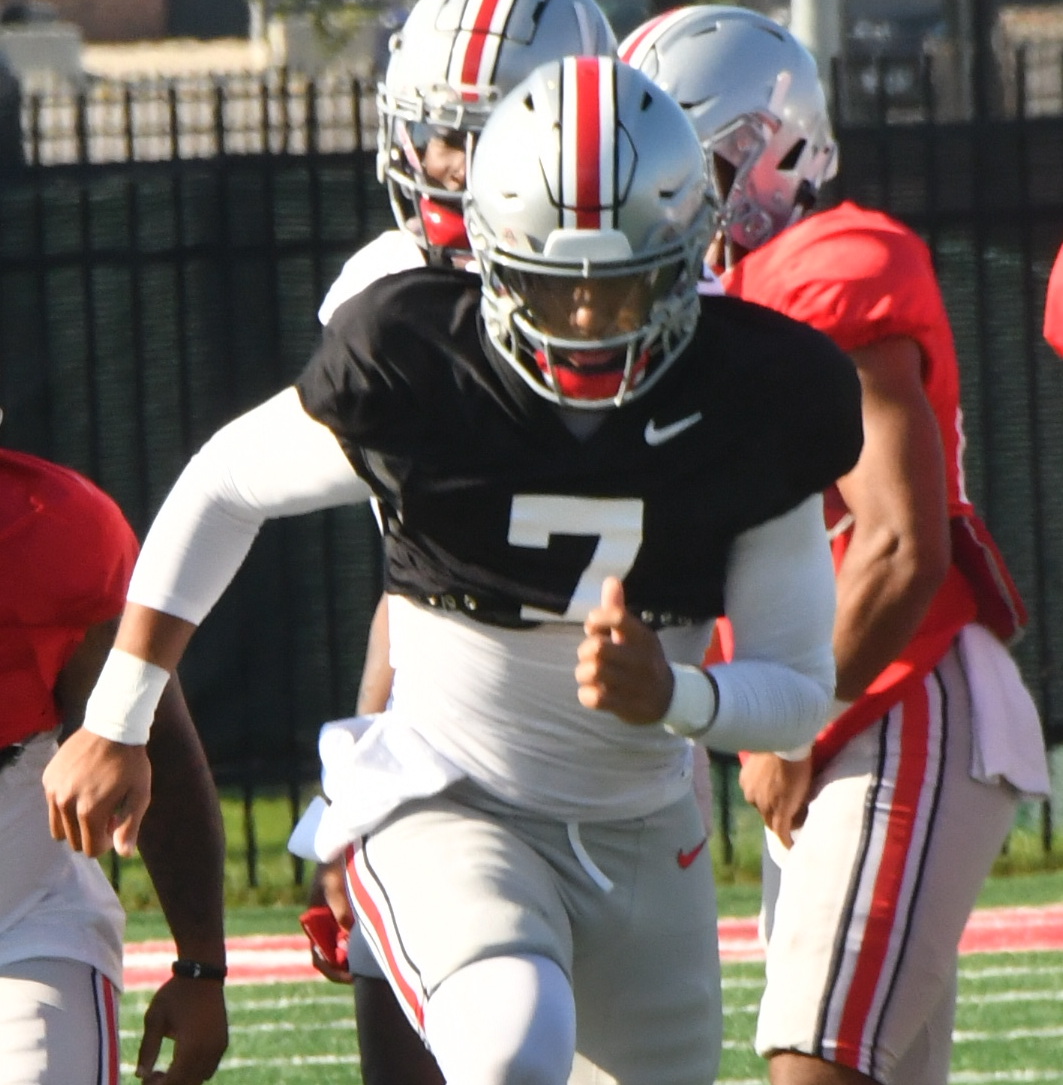 With only a pandemic-shortened season to get acclimated to the demands of college football, Stroud was yet to attempt a pass at the college level entering his first career-start against Minnesota. As he gained comfort and developed as the season wore on, Stroud vaulted himself into Heisman Trophy consideration and led the Buckeyes to a Rose Bowl victory, while cementing himself as a cornerstone piece of the Ohio State football program ahead of the 2022 season.

As Stroud made a name for himself during his first season as the Buckeyes’ signal caller, his impact went beyond just his on-the-field accomplishments. While Stroud lit up opposing defenses on a weekly basis, he also elevated his status as a leader on the team. Now, he will serve as one of six team captains for the Buckeyes during the 2022 season.

With attention to his leadership style in his new role as a captain, Stroud said he plans to just be himself and continue to push the team forward in the same way that he has over the course of his time as the starting quarterback.

“I’ll just approach it like I’ve been doing since I got here. I’ve always felt, by God’s grace, like I was a natural-born leader. That He’s blessed me with that ability,” Stroud said. “I feel like I can relate to a lot of people in different situations, so that’s what I’ll keep doing. I’ll just keep being myself, keep being unapologetically me and just understand my role. And my responsibility at Ohio State is to be the captain of the team and be a leader.”

Although Stroud battled a shoulder injury for the first few weeks of the 2021 season, he was still able to put up a gaudy stat-line by season’s end. He completed 71.9 percent of passes for 4,435 yards, 44 touchdowns and six interceptions. He produced several significant performances for the Buckeyes last season, including six-touchdown contests against Michigan State and Utah in the Rose Bowl.

As he cemented his status as one of the nation’s best quarterback’s through his play, Ohio State head coach Ryan Day said he saw the rest of the team get behind Stroud as the season wore on.

“C.J. has always had very good leadership skills. He’s always had a voice,” Day said. “Once you go on the field and you show credibility that you can do it, you walk a little differently, and guys look at you through a different lens. I think that’s been the case.”

While the Buckeyes placed an increased attention on building toughness heading into the 2022 season, Stroud said he’s looking to instill a culture of accountability in the Ohio State locker room. As he transitions into what will likely be his final season as the starting quarterback for the Buckeyes, Stroud expressed gratitude for his new-found status as a team captain.

“We pushed each other this offseason with accountability and things of that sort. I definitely feel like I was at the forefront of that,” Stroud said. “It’s super amazing just to be a part of that legacy with so many captains, not only doing good at Ohio State, but going to the NFL and doing well as well. So, I’m super blessed to be in my position.”