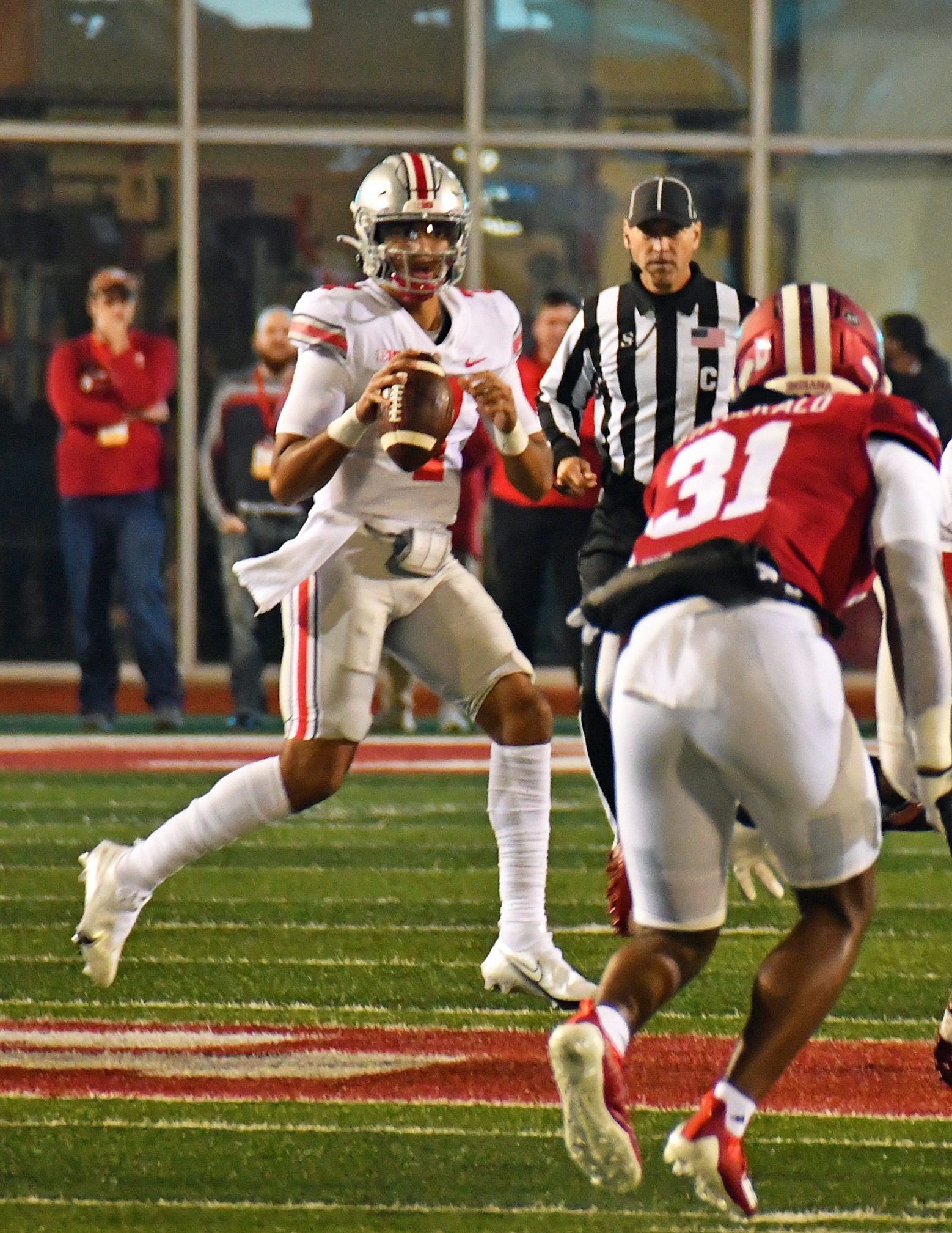 They might as well just call it the C.J. Stroud award at this point because for the fifth time this season, the Ohio State quarterback has earned Big Ten Freshman of the Week honors. It’s the seventh win for the Buckeyes in seven games, with TreVeyon Henderson taking the win after week three and Kyle McCord claiming it after week four before passing the sticks back to Stroud, who has earned the honor in three straight games after returning from a shoulder injury.

This time, he’s been honored for his 21-of-28 passing performance against Indiana, racking up 266 yards and four touchdowns in the process on the way to a 54-7 beatdown of the Hoosiers in Bloomington.

Joining him on the accolades list is Offensive Player of the Week Chase Brown, who, when not writing for Buckeye Sports Bulletin, suits up for Illinois at running back. He carried the ball 33 times for 223 yards against Penn State Oct. 23 and led the Fighting Illini to a 20-18 nine overtime victory. This is his second claim to the honor of the season.

Wisconsin linebacker Leo Chenal is the Defensive Player of the Week, after recording nine tackles and 3 1/2 sacks in Wisconsin’s win over Purdue.

Chenal’s teammate, kicker Collin Larsh, earned the Specialist of the Week with three field goals and three extra points in the 30-13 win.