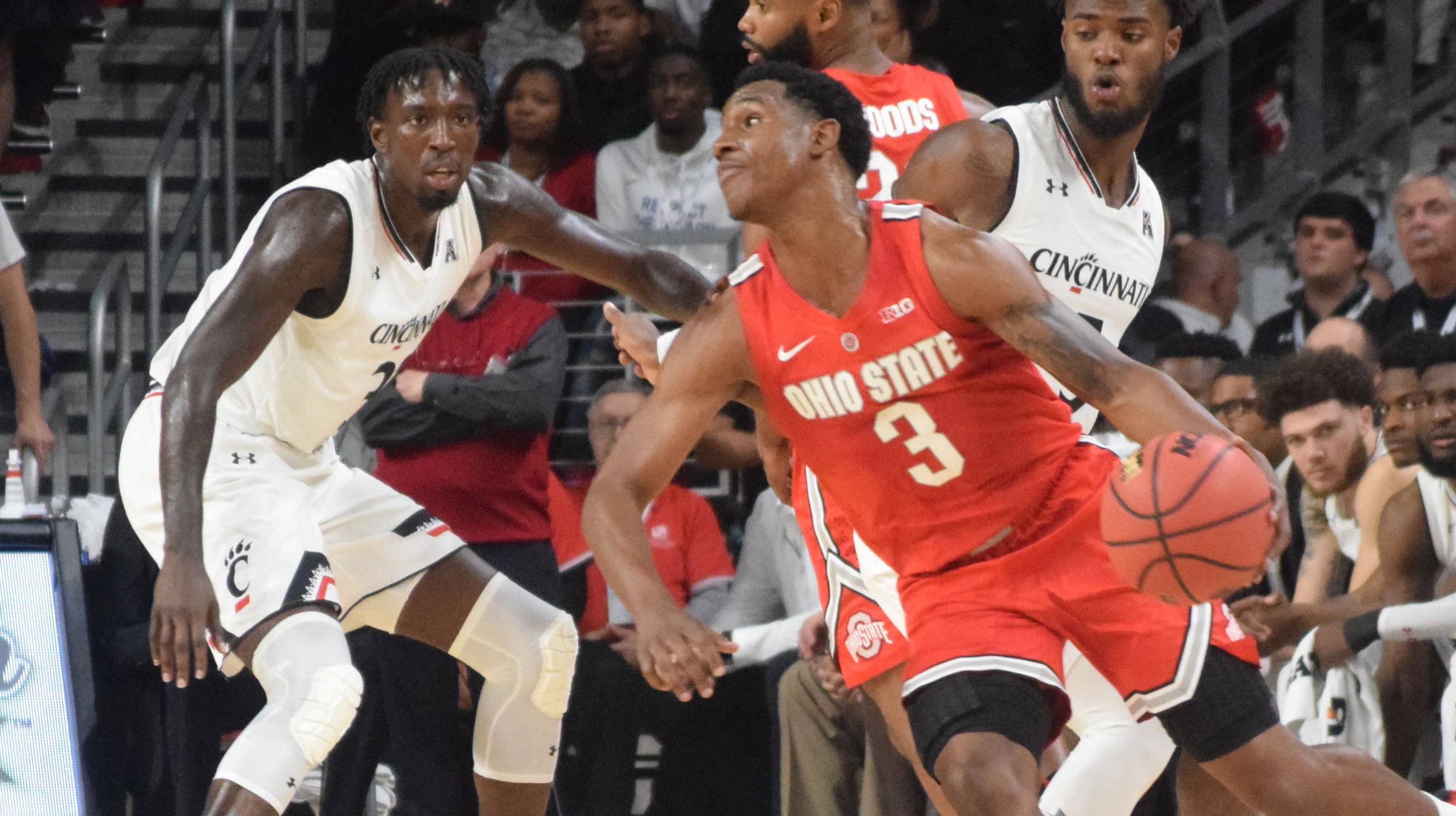 After a less than stellar performance against Youngstown State on Tuesday, Ohio State put together a solid performance on a national stage against UCLA on Saturday afternoon.

After a back-and-forth first half, the Buckeyes used timely shooting and terrific passing in the second to defeat the reeling Bruins, 80-66, at the United Center in Chicago. Ohio State assisted on 26 of 28 made field goals in the victory.

Kaleb Wesson paced Ohio State in the first half and finished with with 15 points and 12 rebounds, his second double-double of the season. Senior guard C.J.Jackson led the Buckeyes in scoring, pouring in 22 points, 20 of which came in the second half. Jackson also collected seven rebounds and six assists.

Leading by three at halftime, Ohio State tripled its lead after Andre Wesson canned a three-pointer with 16:33 to play. UCLA cut that deficit to four just moments later but never got any closer as seven different Buckeyes scored at least four points in the victory.

The Buckeyes took a 10-point lead with 6:03 on a highlight-worthy alley-top from Woods to Young, which forced a UCLA timeout. On the ensuing Bruin possession, Andre Wesson blocked a lay-up which led to a Jackson three-pointer in transition. Ohio State led by as many as 15 before the game was over.

That’s an alley-oop from BEYOND HALF-COURT. pic.twitter.com/WYsUt6haZM

The Buckeyes had a difficult time cracking the UCLA zone early, as the Bruins led for 12:07 of the first half, but never led by more than five. Ohio State relied heavily on Kaleb Wesson in the opening frame, repeatedly playing through the big man, who finished with 10 points and six rebounds in the first 20 minutes.

Trailing 24-23 with under four minutes to play in the first half, Ohio State got an offensive boost from freshman Luther Muhammad. The New Jersey native hit a corner three-pointer with 3:42 in the first half and followed it up with a fast break dunk and mid-range jumper before the half was over, helping the Buckeyes to a 33-30 lead at the break. He finished with nine points.

Next up for Ohio State is a home tilt against High Point University on Dec. 29 with tip set for noon.