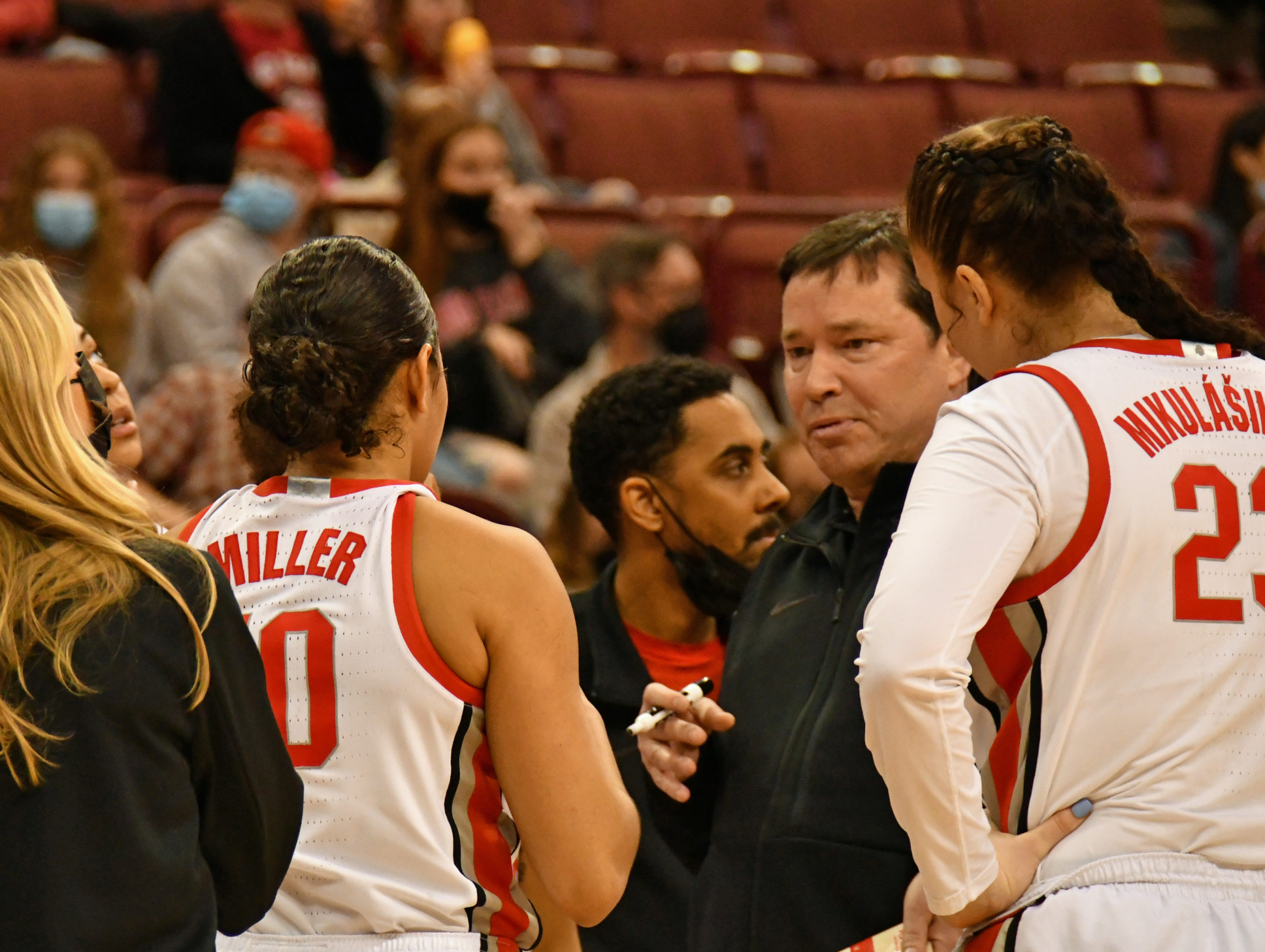 Penn State took an early 5-0 lead after scores on its first two possessions, but guard Kelly Jekot’s 3-pointer just 51 seconds into the game would be the Nittany Lions’ only score for over seven minutes. It was eventually broken with a layup with just 1:59 remaining in the quarter with Ohio State leading 14-7.

The Nittany Lions shook off the scoring drought, however, scoring six points in the final two minutes to trail 18-13 at the end of the first quarter.

While Penn State had troubles on the offensive end in the first frame, it was Ohio State that couldn’t buy a basket to begin the second. The Buckeyes were held scoreless for over four minutes to begin the quarter as the Nittany Lions took a 20-18 lead.

Ohio State later regained a 25-20 lead, and after a jumper from Mikesell, she knocked down her first triple since the second quarter of the Buckeyes’ win against Wisconsin on Sunday to give Ohio State a 30-20 lead. The Buckeyes eventually finished the first half with a 34-22 lead, led by graduate forward Tanaya Beacham in the frame with seven points on 3-of-3 shooting.

It was a slow start to the second half, with just three made baskets – two by Ohio State, one by Penn State – in the first three minutes as the Buckeyes took a 38-24 lead. The Nittany Lions threatened a run with a triple from guard Niya Beverley, but Ohio State proceeded on a 7-2 run to increase the lead to 45-29 with 4:57 remaining.

Ohio State closed the third quarter with a 51-36 lead as the Buckeyes forced five turnovers in the frame, continuing to stifle Penn State’s high-scoring offense.

After a lengthy delay to begin the fourth to due an electrical outage with the game and shot clocks, Ohio State continued to dominate Penn State, outscoring the Nittany Lions 27-19 in the final quarter for the 78-55 final.

Mikesell led the Buckeyes with 19 points on 8-of-18 shooting. Penn State, which averaged 71.5 points per game heading into the contest, was held to 55 points, its third-lowest output of the season.

Ohio State will finish the regular season at Michigan State on Sunday at 2:30 p.m. The game will be broadcast on Big Ten Network.