Buckeyes In the NFL: Breaking Down The 2020 NFL Schedule 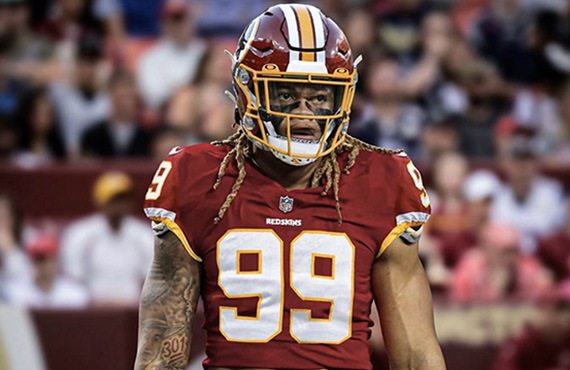 The NFL released its 2020 schedule on Thursday evening, giving us a sense of normalcy amid the coronavirus pandemic. If the games go on as scheduled, there will only be a total of seven games (of a possible 256) this season that don’t include someone who played at Ohio State.

In fact, there are 62 former players on 27 different teams, with the Buffalo Bills, Kansas City Chiefs, New York Jets, Tampa Bay Buccaneers and Tennessee Titans as the only teams without a Buckeye — though it’s worth noting the Titans are coached by one (Mike Vrabel).

Some players will be cut or put on the practice squad before the season begins, but below is a breakdown of each team’s active roster, with the number of former Ohio State players in parentheses.

With those numbers in mind, we’ve decided to take it one step further by highlighting the game (or games) that will feature the most Buckeyes each week.

With five players from Ohio State on the roster — not including quarterback and No. 1 overall pick Joe Burrow, who played in Columbus before heading to LSU as a graduate transfer — the Cincinnati Bengals will be featured heavily throughout the preseason and regular season.

The Detroit Lions, Las Vegas Raiders and Washington Redskins each have four players apiece after drafting multiple Buckeyes this year or last year, so they are well-represented, as well.