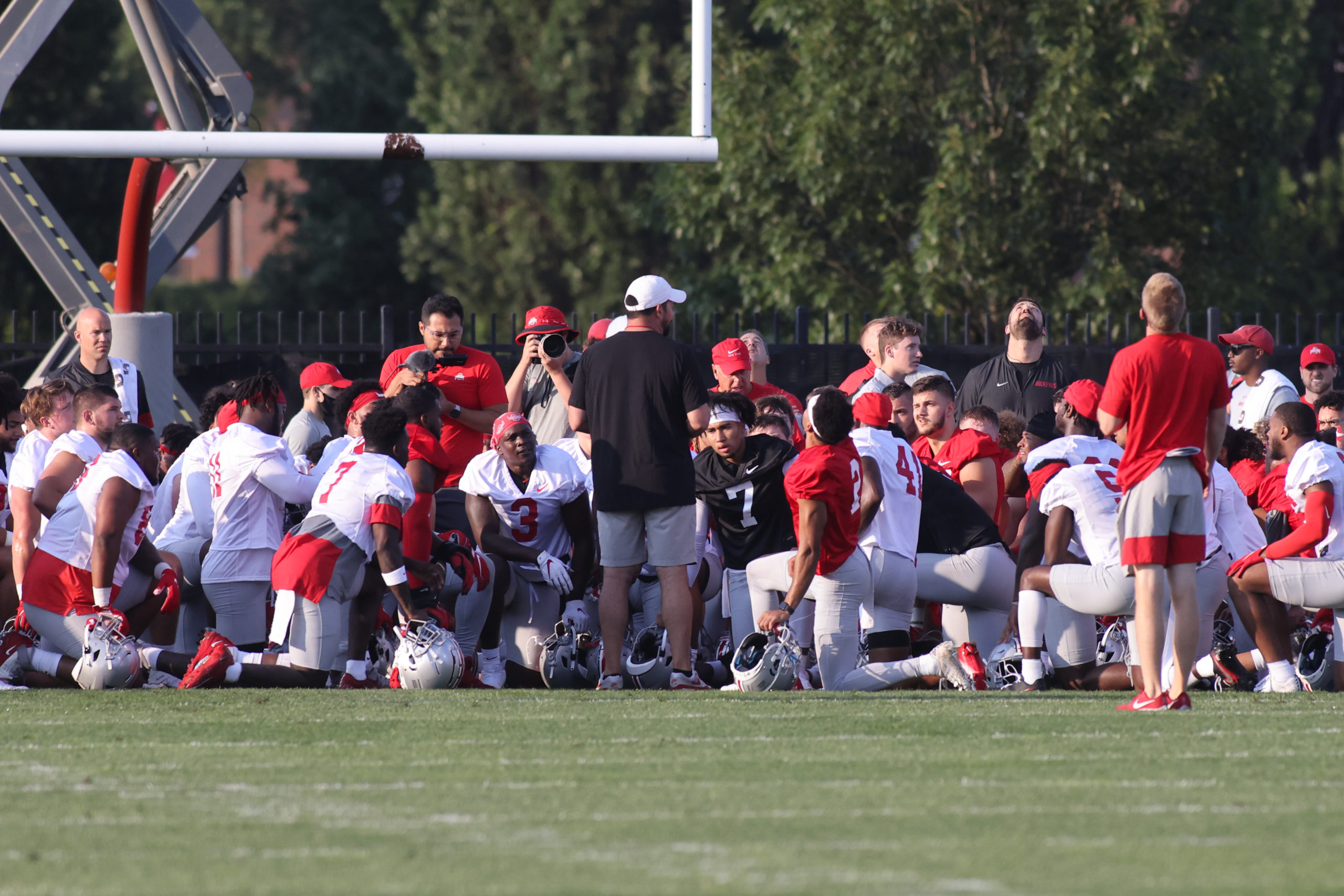 Munford enters his fifth year as a preseason Walter Camp All-American, and he also landed on the Outland Trophy Watch List this offseason.

With starting center Josh Myers and right guard Wyatt Davis –– both captains in 2020 –– departing the program, Munford is the lone captain on the unit this season, as well as its most experienced performer.

Perhaps the most established and experienced weapon on the Ohio State offense entering 2021, Olave surprised many with his decision to play a senior season in Columbus, but might just play his way into becoming an early first-round draft pick as a result.

The California native was Justin Fields’ favorite target last season, and led the Buckeyes in nearly every receiving statistic. Olave caught 50 passes for 729 yards and seven touchdowns,  and that production came in just seven games.

Babb redshirted the 2018 and ‘19 seasons with knee injuries, and suffered another setback this spring with an undisclosed injury that has kept him sidelined this preseason.

Mitchell appears to be a surefire starter at linebacker for the first time in his fourth season with the program, as linebackers coach Al Washington has raved about his leadership ability over the offseason.

A returning CBS and PFF All-American, Garrett is a super-senior with a year of experience starting at defensive tackle, and one of just two returning starters on Larry Johnson’s defensive line in 2021.

After suffering bullet wounds through the face last September, Garrett didn’t miss a single game for the Buckeyes in 2020, spearheading a defensive front that finished sixth in the country with just 97.6 rushing yards allowed per game.

Harrison, a former five-star defensive end recruit, is poised for a breakout junior campaign by all accounts, and his emergence as a vocal leader for the Buckeyes this offseason has helped buoy him into a role as captain.

Harrison has the highest PFF grade of any returning Power Five defender in college football that logged at least 200 snaps in 2020, with a mark of 88.8.

The Buckeyes open the 2021 season against Minnesota on Sept. 2.