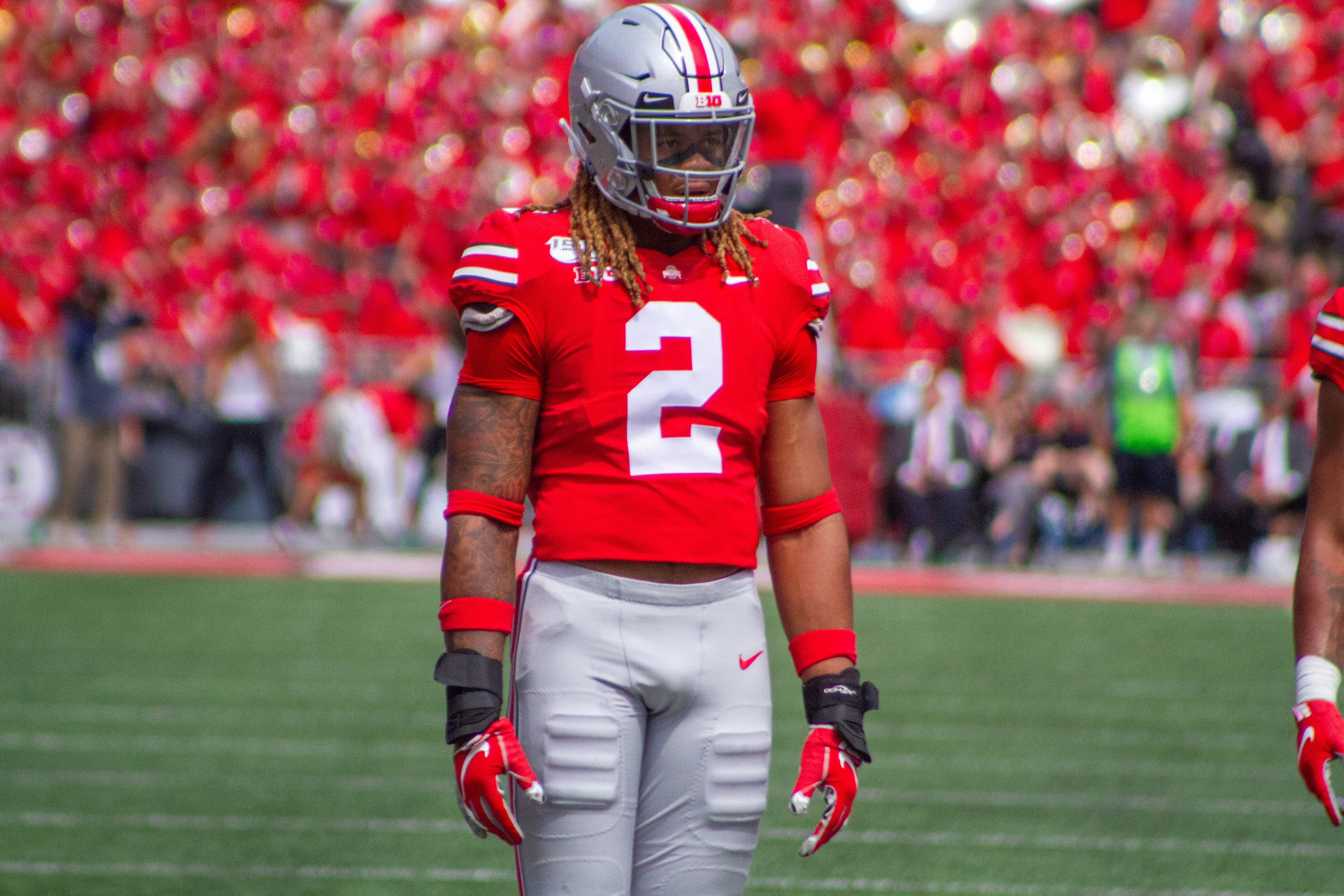 Ohio State piled up the points and kept a zero on the other side of a dominant 42-0 victory against Cincinnati. Here are the players that stood out to the members of the BSB staff.

I mean, it’s Chase Young. It has to be Chase Young. Young ripped through Cincinnati’s offensive line like it was tissue paper, sometimes beating them just by being faster around the edge, and other times by manhandling them at the line.

Sure, three tackles doesn’t seem like a big-impact player, but Young was in the backfield on nearly every play, forcing the Bearcats to rush any offensive plan that they had in place. He once again finished with 1.5 sacks to give him three on the season, as he continues to inch forward toward that single-season sack record of 13.

Young’s numbers weren’t insane, but his performance today was.

I am giving my Buckeye Leaf to J.K. Dobbins for his big-time performance against Cincinnati. The junior running back carried the ball 17 times for 141 yards and two touchdowns on the ground — all in the first half. He also added a five-yard reception. With 7:46 left in the second quarter and Ohio State ahead 14-0, Dobbins broke the game open. Facing second-and-9 at the Ohio State 40-yard line, Dobbins took a handoff to his left, bust through the hole and accelerated for a 60-yard touchdown run. The Ohio State captain from La Grange, Texas, returned to form against the Bearcats, averaging 8.3 yards per carry and running with authority.

Defensive back Shaun Wade continues to show why he was considered a consensus five-star prospect coming out of Jacksonville (Fla.) Trinity Christian.

Although the Buckeyes did not recover the ball, Wade was credited with a forced fumble when he stripped the ball from the quarterback on a cornerback blitz. He was also physical in coverage, hitting two receivers so hard the ball popped up in the air both times — once intercepted by linebacker Tuf Borland and the other nearly picked off by Chase Young.

Wade’s continued growth will only help Ohio State defensively and allow the secondary to be even more versatile moving forward. It seems like the new defensive assistants finally know how to get him on the field in important situations, too, rather than being a situational player like last year.

My Buckeye Leaf this week has to go to the obvious answer: Justin Fields. After impressing in week one but coming off as a bit conservative, he came out of his shell a bit against Cincinnati, and looked essentially unstoppable in spots. He threw for 224 yards and two scores, but perhaps more impressive was his efficiency, because he missed just five of his 25 pass attempts. On top of his impressive game in the air, he ran for 42 yards and two scores.

Ohio State hasn’t had a dual threat like him since Braxton Miller, and if he can keep improving each week he could be a legitimate Heisman contender by the end of the season.

While Fields puts up numbers, his best quality doesn’t show up in the stats. Through two games, he has yet to make a glaring mistake, and he doesn’t seem to have any plans to change that. He isn’t overly cautious, but he doesn’t put himself in danger when running or passing. That kind of security, paired with his talent makes him both extremely dangerous, and a perfect fit for an offense with so much talent around him.