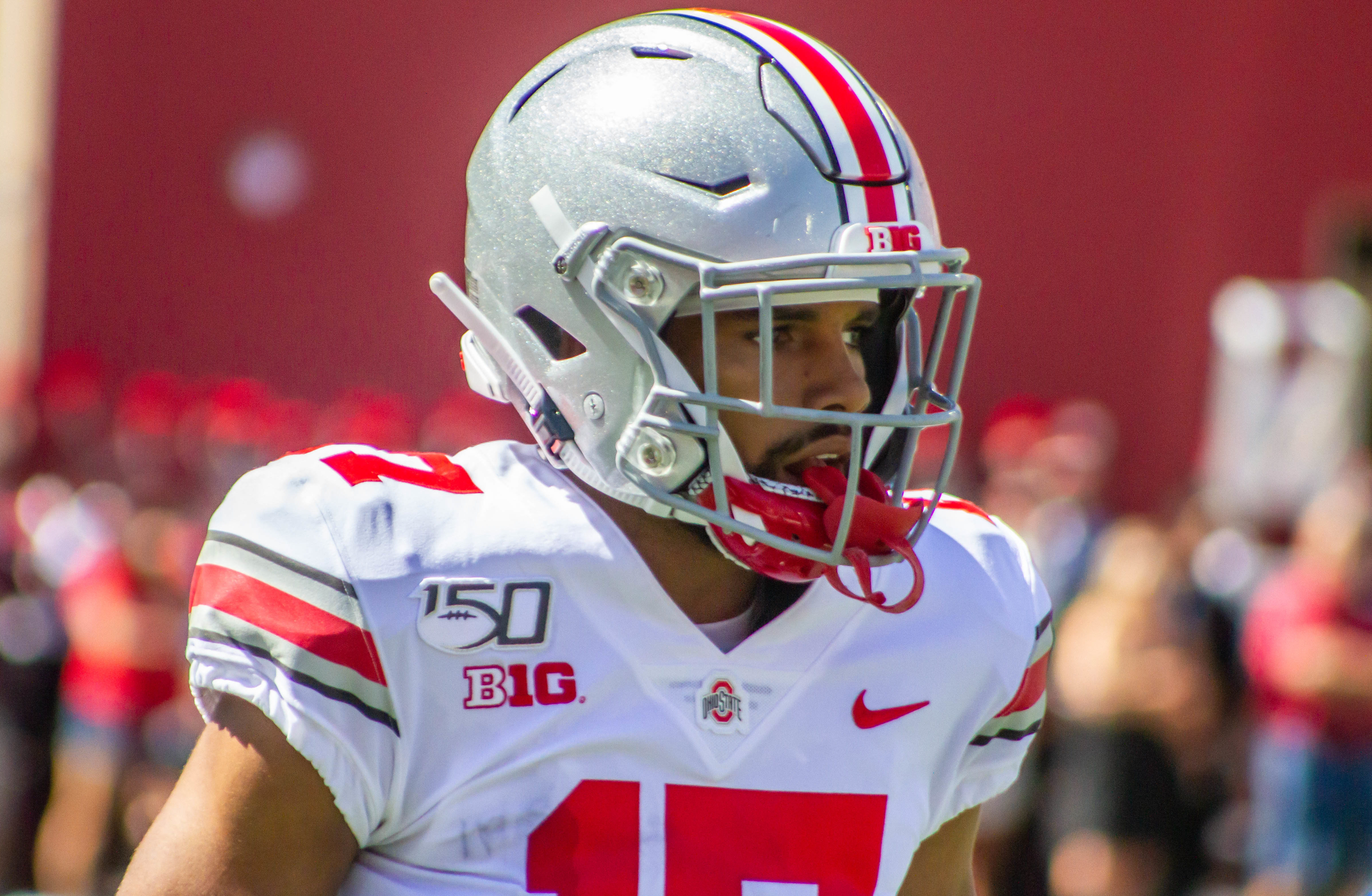 Ohio State appeared to be ready to win by historic margins coming into the matchup against Rutgers. The Buckeyes came out and won in dominant fashion, but not quite as much in the dominant fashion many expecting. Still, the BSB staff was able to give out Buckeye Leaves to a few key contributors to the victory heading into a likely top 10 matchup with Penn State.

He once against played just over a half of football, but statistically, this was arguably Justin Fields’ best performance statistically this season.

The sophomore quarterback surpassed the 300-yard passing mark for the first time in his collegiate career, doing it on only 19 passes. He completed 15 of those for 305 yards and four scores, while also rushing three times for 30 yards.

It may have been just another impressive showing in a season full of multiple games where he has done exactly that, but Fields picked Rutgers apart throughout his time on the field, hitting on multiple deep balls with almost nothing getting in his way.

Shaun Wade deserves a Buckeye Leaf for his performance against Rutgers. The junior cornerback made sure the Scarlet Knights knew they were overmatched early in the game, forcing two turnovers in the first quarter.

On just the second play of the game, Rutgers quarterback Johnny Langan challenged Wade with a deep pass. The Jacksonville, Fla., native made Langan pay by tipping the ball up to himself with his right hand and hauling in an interception, which set up a Buckeye touchdown.

Then on Rutgers ensuing possession, Wade stripped the ball from Scarlet Knight freshman wideout Isaiah Washington. The forced fumble also set up an Ohio State score and helped propel the Scarlet and Gray to a 56-21 victory.

Wade finished with three tackles (two solo) with the pick and forced fumble.

Sophomore linebacker K’Vaughan Pope continues to make the most of his opportunities against lesser opponents, recording his second interception in as many games with a pick in the third quarter against Rutgers.

Besides Pope — who dropped into coverage on the play and tipped the pass to himself — Tuf Borland is the only linebacker to record an interception this season.

Another game, another massive performance from Chris Olave, what’s new. It has been easy this season to forget that Olave is just a true sophomore, because there isn’t a more compete and consistent receiver on Ohio State’s roster and perhaps in the entire country. He showed off his elite talent again in Ohio State’s win over Rutgers, reeling in four receptions for 139 yards.

While he wasn’t able to grab a touchdown of his own, Olave’s big play ability consistently put Ohio State into excellent field position. The play of the day may have been his 42-yard reception early in the third quarter that saw a called defensive pass interference completely unable to impact Olave, as he pulled in a shoestring catch through the contact.
Earlier in the game, Olave picked up 58 yards on a Justin Fields deep ball that would have gone for a touchdown if the ball had been two or three yards further down the field. It was another dominant performance for a player who has fully come into his own this season, just as he was expected to.