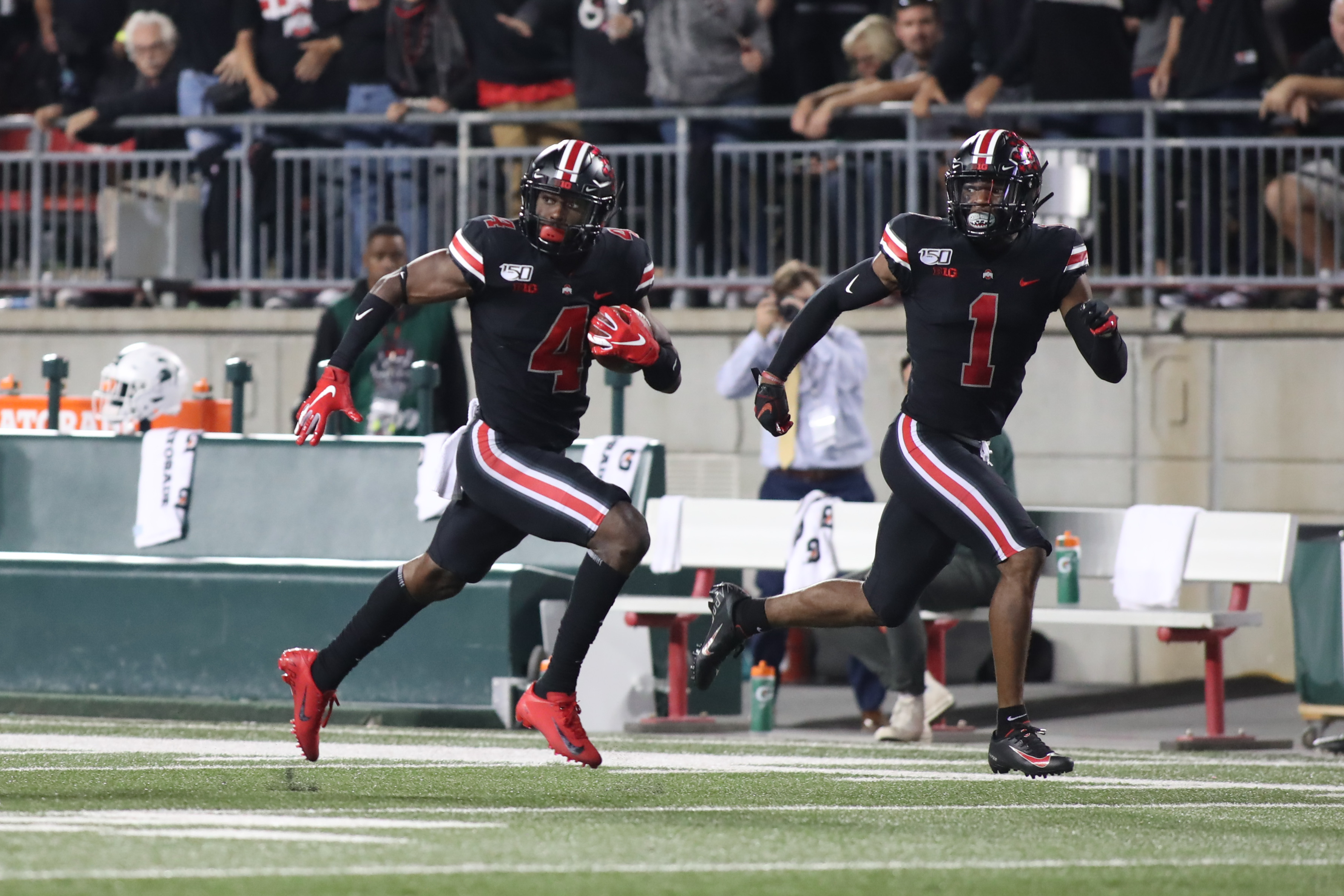 The Buckeyes put up more rushing yards than Michigan State had given up in its first five games combined, while the defense again held tall once more.

Here are the BSB staff’s picks for who earned Buckeye Leaves during Ohio State’s 34-10 win.

Wyatt Crosher: It may have not been the statistical performance of a lifetime for him, but Justin Fields went up against his toughest task yet in Michigan State’s defense, and once again put up another strong showing to help lead his team to a 24-point win.

Fields completed 17 of 25 passes for 206 yards and two touchdowns, while rushing for 61 yards on 11 carries and a score.

During the game, he also threw his first career collegiate interception, but still managed to make up for it overall with a solid showing.

Michigan State’s defense is no joke, and the sophomore quarterback still was a great game manager and was able to evade the pressure put forth by the defensive front often, something that doesn’t completely show up in the stat sheet.

Joe Dempsey: J.K. Dobbins is worthy of a Buckeye Leaf for his powerful performance against the No. 4 rushing defense in the country. The Spartans entered the game allowing only 55.8 rushing yards per contest, but Dobbins did not seem to care. The junior captain accrued 172 yards on 24 carries (7.2 average) and made one of the biggest plays of the game.

With the Buckeyes leading 17-7 and facing third-and-2 from their own 33-yard line, they turned to Dobbins for two yards. The talented tailback from La Grange, Texas, gained the first-down yardage and a whole lot more, bursting through the stout Spartan front for a 67-yard touchdown run. Dobbins was ran down from behind, but the Michigan State defender attempted to strip the ball from the 5-foot-10, 217-pound back, and failed.

Andrew Lind: It may not have counted thanks to a questionable blindside block call on linebacker Baron Browning, but safety Jordan Fuller picked off a tipped pass and ran it back 86 yards for a touchdown.

It was yet another strong effort from Fuller, a senior captain who recorded his second interception in as many weeks and also led the team in tackles against Michigan State with seven.

Fuller’s leadership may be the least discussed part of Ohio State’s defensive revival, particularly in the secondary where he’s overshadowed by cornerbacks Damon Arnette and Jeffrey Okudah.

Patrick Mayhorn: None of Ohio State’s defenders put up massive games on the stat sheet in Ohio State’s 34-10 win over Michigan State, but that doesn’t mean there weren’t any star performers. Chase Young shined as usual, as did Jeff Okudah, while Jordan Fuller filled up the sheet with tackles. However, my Buckeye Leaf of the game on the defense goes to a bit of an unheralded playmaker: tackle Jashon Cornell.

Cornell didn’t have a massive game for recording stats, as he finished with just four tackles, but his impact was felt all night long even when he wasn’t directly making the play. With an inexperienced interior line in front of him, Cornell took up two blockers on basically every play, and still managed to break through for a big sack in the third quarter to force a third and long.

More importantly, Cornell’s impact can be seen in Michigan State’s rushing numbers. The Spartans ran for just 67 yards and had essentially no success up the middle. That’s what an elite defensive tackle can do for a defense, and that’s what Cornell did on Saturday night.