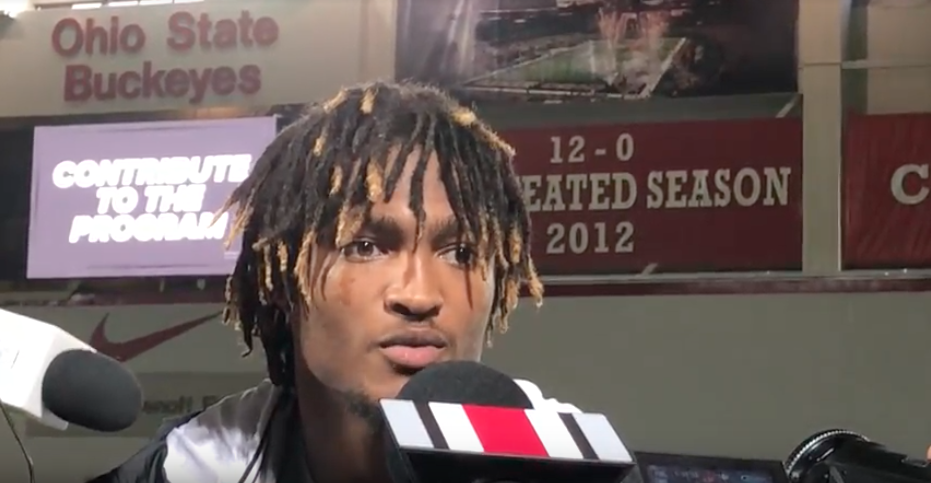 On the status of his injury…

“Yeah, it’s a sprained foot. … Yeah, it got aggravated. I tweaked it a little bit in the TCU game right before halftime and got a lot of treatment that week, and then I just went out there in the Tulane game and iffy about it and tweaked it again.”

On his fourth-and-5 stop at Penn State…

“The play was a double tar. (Defensive line coach Larry Johnson) ran it. He actually told me to come into a wide nine (technique), so I didn’t have to take a step and come in, so I could just go. (Junior defensive lineman) Dre’Mont (Jones) and Jashon (Cornell), they were in three (technique), they ran up the field. If you look at the play, I would’ve never gotten there if Jashon didn’t block (his offensive lineman, the right guard, up the field). His hip blocked the tackle, and if the tackle got his hands on me, I probably wouldn’t have been able to make the play. So if it wasn’t for Jashon getting up the field like he did, I wouldn’t have made that play Saturday.”

On his thoughts regarding big plays…

“I think (if) everyone is doing their job. … If everyone worries about doing the job, one-eleventh of the job, then we have a whole defense of guys doing what they’re supposed to do.”

On his involvement at safety…

“I just want to help the team, to be honest. If they need me at safety, I’ll play safety. … I like all defensive positions — corner, safety.”