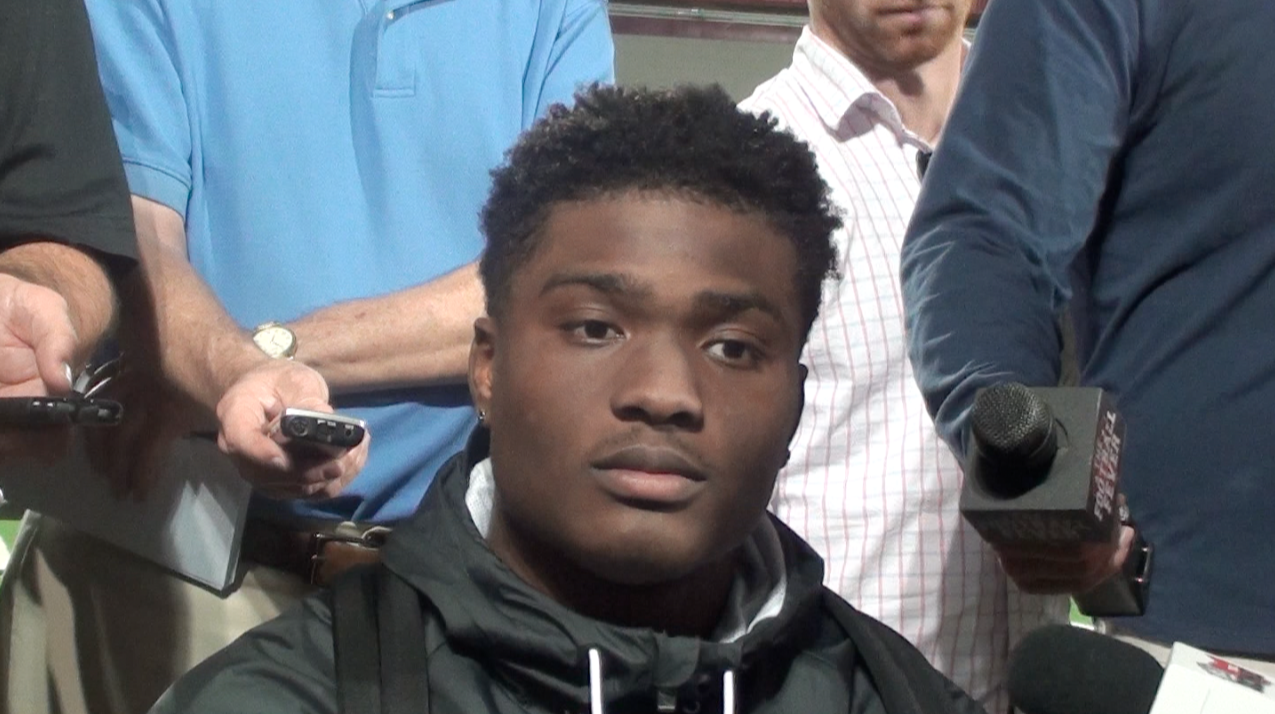 Ahead of Saturday’s 4 p.m. kickoff on FOX from Ohio Stadium, the four players capped their thoughts from last Saturday at Penn State as they shift the focus to the weekend when Big Ten play returns for homecoming with the No. 3 Buckeyes (5-0, 2-0) hosting the Hoosiers (4-1, 1-1).

“Definitely was upset, but it is what it is. You’ve got to take it with a grain of salt. Can’t let it get the best of you. I mean, I (had) seen it, but I got over it.

“I feel like I naturally just have a chip on my shoulder because of being myself. It definitely helped out a lot just because of knowing people on that team and playing with some of the players on that team that I went to high school with just added some extra motivation for that game.”

“I don’t like them too much. I always get like 20 people hitting me up, trying to see my game. I don’t know why, it’s not anything special. But it’s just your hometown (school). You know a couple people on the team and you just want to be able to have a good game against your home state.”

“We’ve been going harder than even before because we know, coming off a big game like that, that you’ve got to do what it took for you to get there. So we’ve been doing the same thing, just doing the same steps and taking everything serious. No drop-offs.”

“I think that there’s a lot of things that outside sources don’t know. They see things that aren’t exactly true. They expect things out of players that aren’t exactly expected. I think it’s confusing why somebody would come to a conclusion and tweet something when they don’t know what’s going on, on the inside. So it’s just confusing to me. I think it’s kind of humorous sometimes, but it’s just the way that goes.”