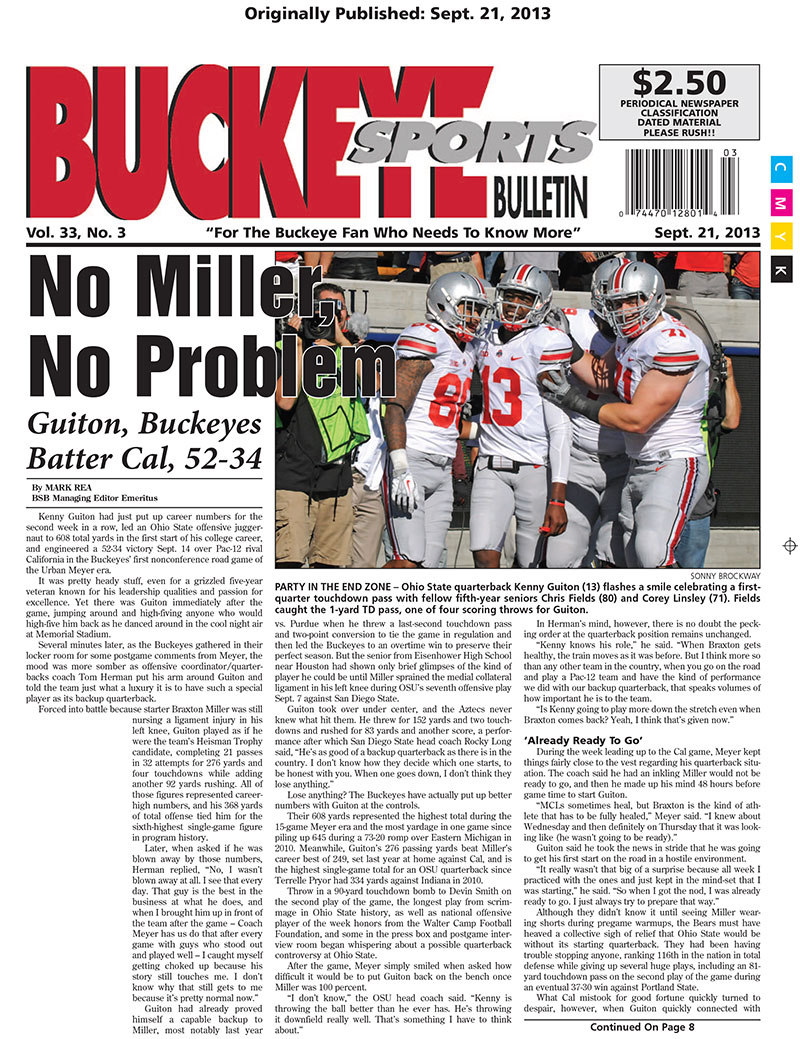 After a standout career at California, Jared Goff went on to be become the No. 1 overall pick in the 2016 NFL draft before leading the Los Angeles Rams to the Super Bowl this year.

On Sept. 14, 2013, though, an Ohio State cult hero got the best of the future NFL star. On that day at Memorial Stadium in Berkeley, Calif., the Buckeyes, led by backup signal caller Kenny Guiton, beat Goff’s Golden Bears, 52-34, behind four passing touchdowns from Guiton, including a 90-yarder to Devin Smith.

Goff, for his part, was 31 of 53 for 371 yards with three touchdowns and an interception in the loss.