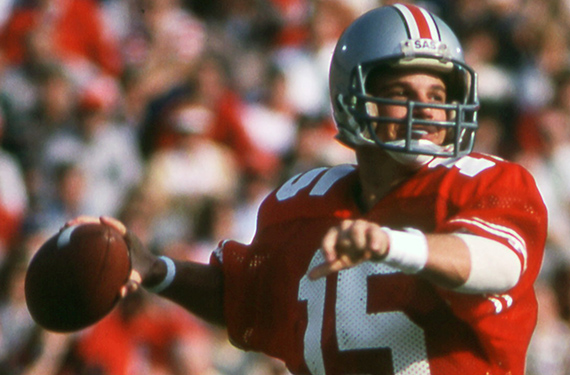 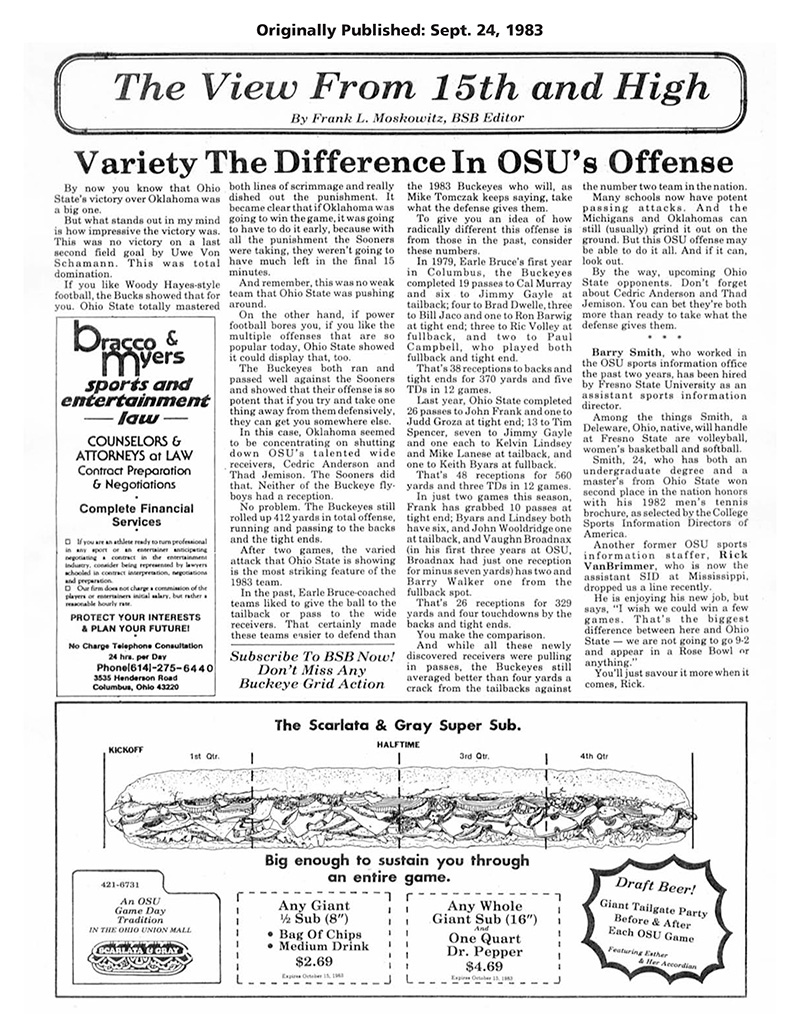 On Sept. 17, 1983, the sixth-ranked Buckeyes traveled to Norman, Okla., to take on the second-ranked Sooners for the second part of a home-and-home series that saw the first game in Columbus in 1977, which resulted in a 29-28 Oklahoma victory.

Led by a senior captain John Frank at tight end and senior captain Rowland Tatum at linebacker, the Buckeyes avenged the loss with a 24-14 win in Norman.

This installment of BSB Reprints includes our in-depth coverage of Ohio State’s upset of Oklahoma in 1983, with stories from the game and a subsequent column, as well as additional features on former offensive linemen Jim Lachey and Kirk Lowdermilk.