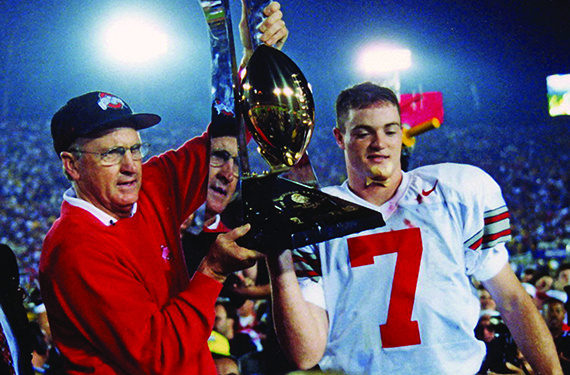 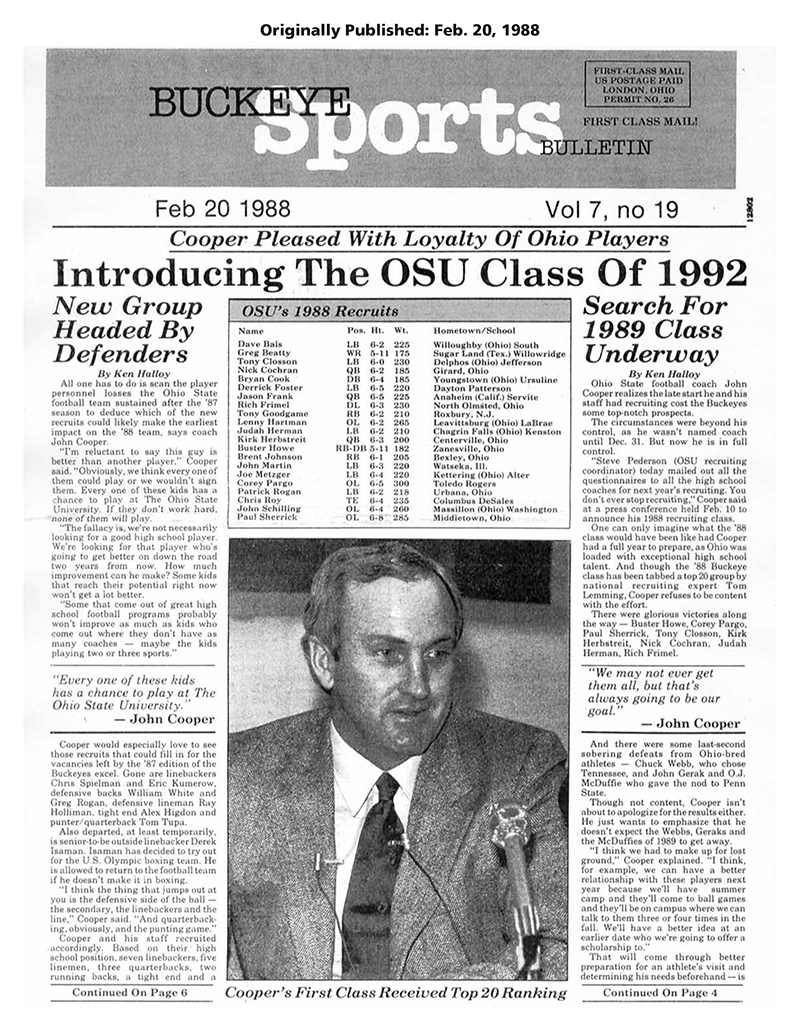 With Buckeye Sports Bulletin’s Mark Rea breaking down John Cooper’s first recruiting class at Ohio State in the May issue of BSB, we decided to look back at our coverage of that class from 1988.

While searching through the BSB archives, we also uncovered a story about moving Vince Workman from his natural running back position to flanker, similar to the Jaelen Gill situation. The feature on Workman includes an ad featuring the father of a future Ohio State hall of famer, who was a wrestler known as the Road Warrior Animal.

This multi-faceted installment of BSB Reprints includes in-depth coverage of Cooper’s first recruiting class at Ohio State, a story on Workman switching from tailback to receiver and an featuring the Road Warrior Animal, who was a wrestler that ended up doubling as the dad of a future Buckeye great.