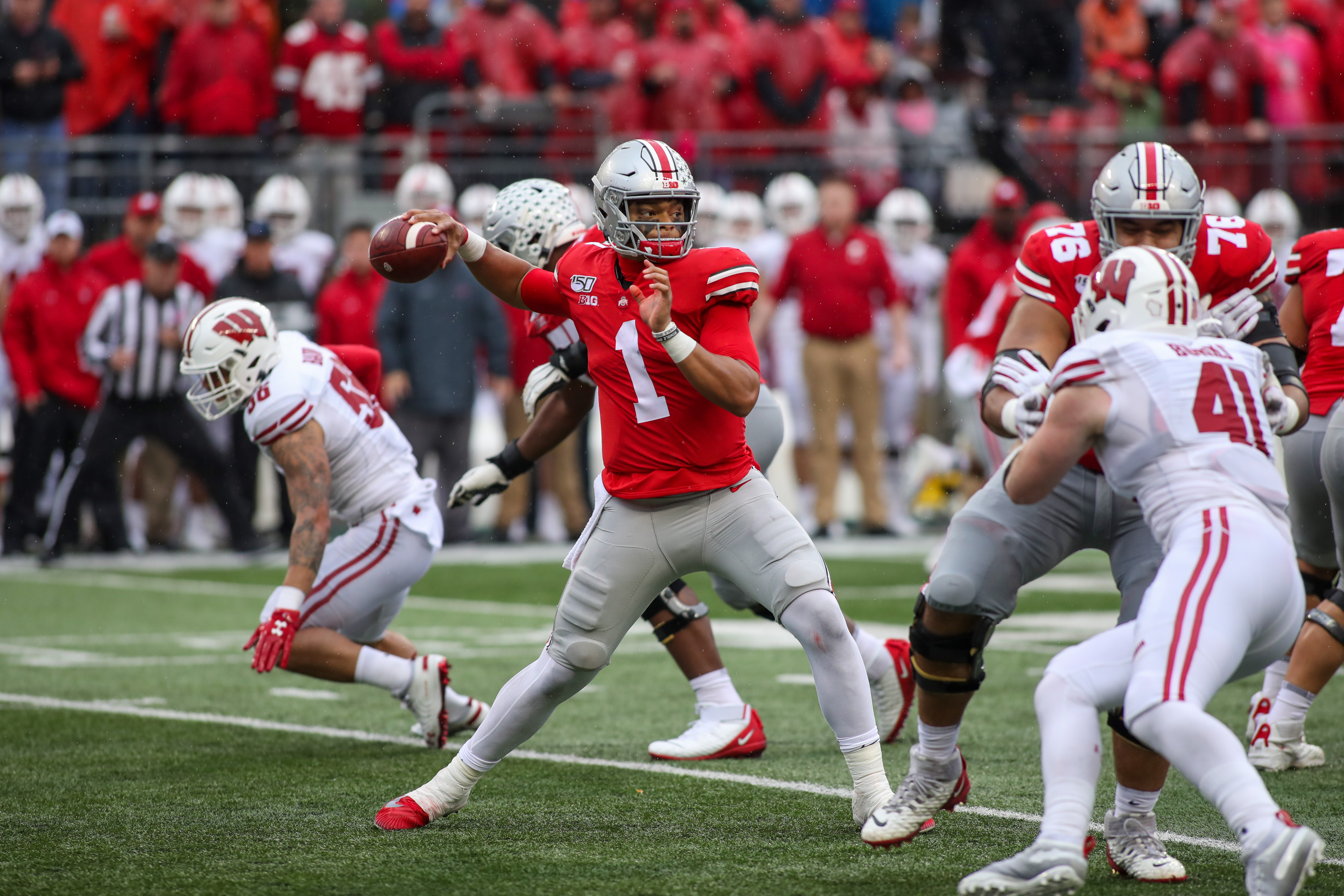 After a week off, Ohio State returns to action Saturday against Maryland (12 p.m. on FOX). The Buckeyes are a 44-point favorite, by far the largest spread this season, and the staff of Buckeye Sports Bulletin — which includes Wyatt Crosher, Joe Dempsey, Andrew Lind and Patrick Mayhorn — expects them to cruise to their ninth win of the season.

WC: “Ohio State should have lost to Maryland last season after the Terrapins missed a wide-open two-point conversion in overtime, but that was last season, and that means it was last season’s terrible defense.

“This year, Ohio State has yet to show those same weaknesses at all, and Maryland comes in ice cold after starting out scorching hot in the first two games. I expect the offense to dominate both on the ground and through the air, and I think Justin Fields could have a big statistical day, even in two or three quarters of play.

“There may be no Chase Young on the defense, but there are plenty of other difference makers, and this allows for the potential of a breakout game out of true freshman defensive end Zach Harrison. In other weeks, this Young suspension and Jonathon Cooper being out due to injury could be serious warning signs for the Buckeyes, but not against a team that has struggled like Maryland has.

JD: “No Chase Young, no problem for the Buckeyes against Maryland.

“The Terrapins enjoyed a hot start to the season but have struggled lately. And nobody they have faced compares to Ohio State.

“The Buckeyes will need some of their young defensive ends to step up in the absence of Young and Jonathon Cooper, and I expect them to play well in Ohio Stadium.

“Also, Justin Fields and J.K. Dobbins will continue their spectacular seasons, and I expect backup running back Master Teague to break one loose, as he tends to do.”

AL: “Last season’s 52-51 overtime win over Maryland was without a doubt the height of Ohio State’s defensive dysfunction, having surrendered 535 yards of total offense — including 335 yards on the ground.”

“The Terrapins would have (and probably should have) won that game, too, had quarterback Tyrrell Prigrome’s pass on the two-point conversation attempt not sailed passed a wide-open receiver. And that would have ended any hope of the Buckeyes winning the Big Ten or Rose Bowl in the coming weeks.

“Fast forward one year and Ohio State, which allowed seven touchdowns to Maryland that afternoon, has given up just six touchdowns in eight games this season. That’s a dramatic improvement for a unit that deploys essentially the same players — only with a different scheme.

“With that, the Buckeyes’ defensive transformation will never be more apparent than when it holds the Terrapins to single digits this afternoon. The offense, meanwhile, will continue to roll along at a record-breaking clip to cruise to a comfortable win in one of their final tune-ups before the real season begins.”

PM: “Even without star defensive end Chase Young, Ohio State is so far away from Maryland in every category and those differences will show in a big way on Saturday. The Buckeyes are dominant in the trenches on both sides of the field, while Maryland may not have a bigger weakness than their line play. Ohio State is led by an explosive offense and elite receivers, Maryland is starting two freshmen in the defensive backfield.

“To put it lightly, it would be surprising to see Maryland score more than once, let alone keep this game close. Ohio State will lean on its stars in the first half, put the game away quickly, and move onto Rutgers before it can suffer any injuries that may actually challenge the team, as the Terrapins certainly won’t be able to. Justin Fields puts up big numbers, Zach Harrison stars filling in for Young, and the Buckeyes roll.”