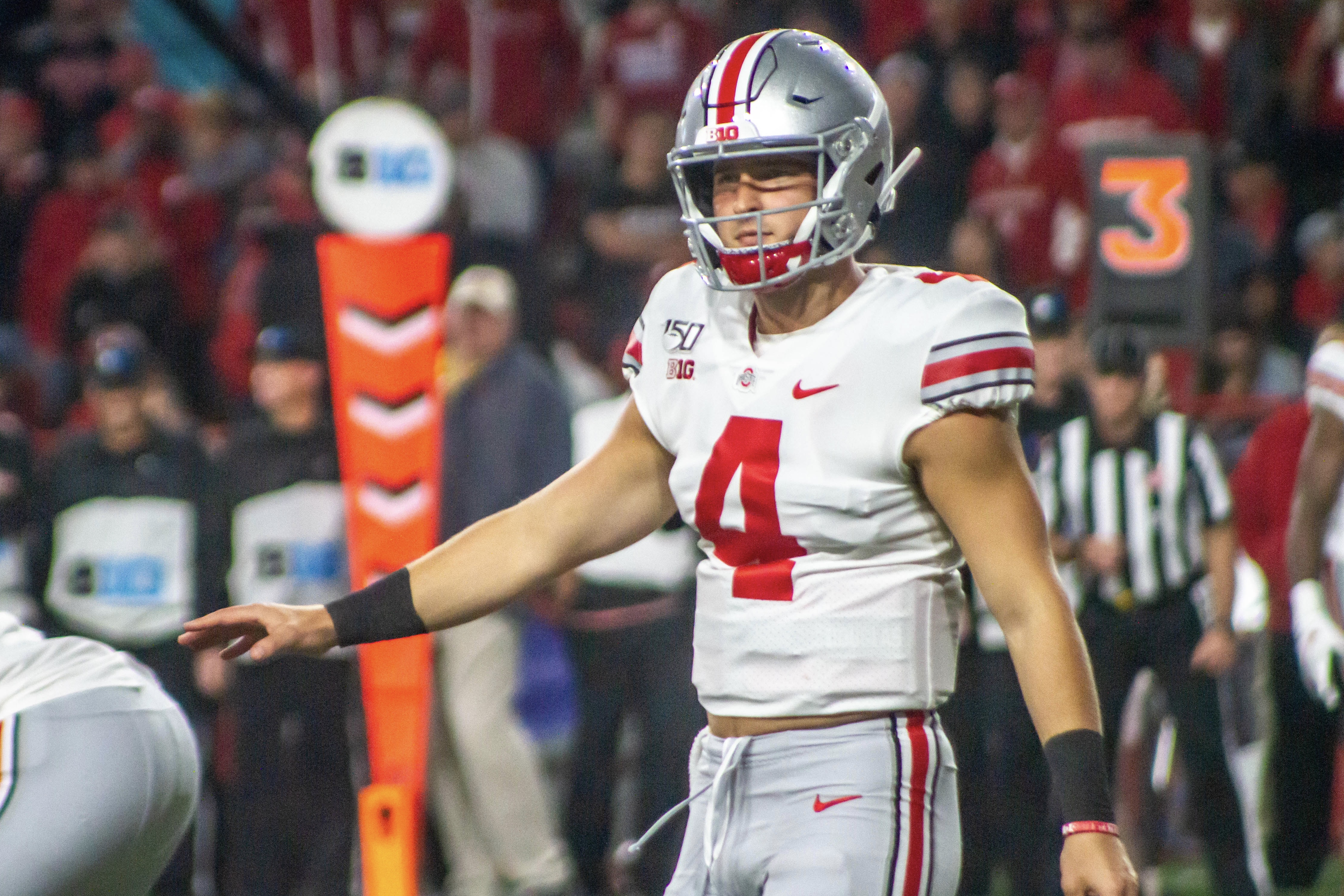 Ohio State heads to Rutgers on Saturday (3:30 p.m. on BTN) for its final tune-up ahead of a season-defining two-game stretch against Penn State and Michigan.

The Buckeyes are a 53-point against the Scarlet Knights, and the staff of Buckeye Sports Bulletin — including Wyatt Crosher, Joe Dempsey, Andrew Lind and Patrick Mayhorn — thinks that might even be too low.

WC: “On Aug. 16, I made a promise. That promise was that Rutgers has made progress in its past three Ohio State matchups, and that meant the Scarlet Knights will defeat the Buckeyes in 2030. I cannot back down on that promise.

“You may think this is a joke stretched too far, you may think Ohio State not covering the spread is egregious, and you may even think that this trend has to end because Chris Ash is gone. But none of that matters to me until it shows up on the field.

“Calling Ohio State the better team would be like saying LeBron James is a better basketball player than a rock on the street: you just don’t have to say it.

JD: “Games like this are my least favorite to predict, because Ohio State could win 105-0 if it ran up the score and left the starters in all day.

“However, head coach Ryan Day said he would never run the score up following the Buckeyes’ beatdown of Maryland.

“Day, who is the team’s play caller, will be aggressive while he feels the game is still within reach — likely the first half. But once the victory is secured, Day will quickly insert backups at every position and the score becomes more difficult to predict.

Unfortunately for Rutgers, the Scarlet and Gray reserves are better than its starters and the likes of Jameson Williams and Demario McCall will shine with Chris Chugunov at quarterback.

“The Scarlet Knights might get a chance to score against Ohio State’s backup defense, but they will not come close to winning.”

AL: “Although it more so resembled the game of soccer, they say Rutgers was the birthplace of college football.

“On Nov. 6, 1869, the Scarlet Knights — then known as the Queensmen — beat the College of New Jersey (now known as Princeton) by a score of 6-4. But 150 years later, I’m not certain the Rutgers offense has evolved from its original state.

“The Scarlet Knights enter today’s game against Ohio State averaging just 15 points per game — third-worst in the entire country. The Buckeyes, by comparison, are averaging more than 12 points per quarter.

“On the other side, Ohio State is limiting opponents to 8.6 points per game, which leads the country.

“Quite frankly, this game isn’t going to be pretty. But most importantly, this game will offer head coach Ryan Day a chance to look toward the future while also keeping his current star player healthy.”

PM: “It isn’t fair to make Rutgers play this game, and I would like to make it known that I don’t support any part of this. Ohio State and Rutgers are playing different sports, and unless Greg Schiano is on that home sideline, there’s no reason for Rutgers to suffer the fate Ohio State is about to inflict upon it.

“The Scarlet Knights have no offense, and somehow, an even worse defense. I’m tasked with writing the weekly preview, and the only relatively interesting player I found when putting together the Rutgers preview was wideout Raheem Blackshear, who made a business decision that every member of this football team should make: he redshirted, so he can play somewhere else.

“Ohio State is going to win by an exorbitant amount. There’s a real, actual chance that we see a power five team score 100 points against another power five team. Just call off the game before kickoff.”