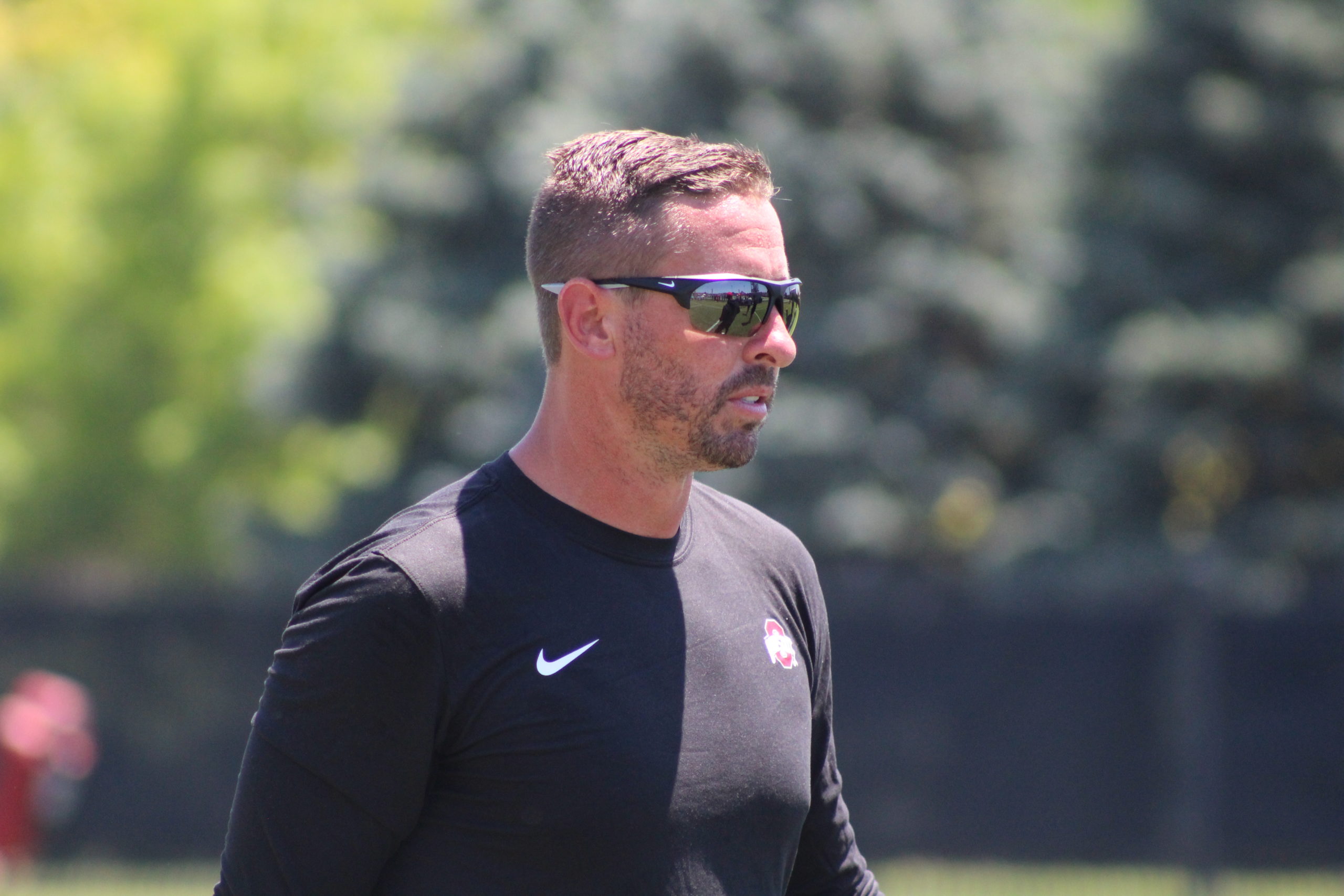 According to a report from FootballScoop’s John Brice, Ohio State wide receivers coach and passing game coordinator Brian Hartline is expected to interview for the open job at Cincinnati, perhaps as early as Thursday.

The open job comes after former coach Luke Fickell accepted the head coaching job at Wisconsin. Cornerbacks coach and special teams coordinator Kerry Coombs is the interim coach for the Bearcats and was one of several to be interviewed for the full-time position.

Hartline has coached at Ohio State since 2017, working his way up from a quality control coach to wide receivers coach, and adding a passing game coordinator designation this past offseason. Prior to his time in coaching, Hartline – a North Canton, Ohio, native – played at Ohio State from 2005-08, racking up 90 receptions for 1,429 yards and 12 touchdowns.

Following his time at Ohio State, he played for seven seasons in the NFL with the Miami Dolphins and Cleveland Browns, appearing in over 100 games and accounting for 344 receptions for 4,766 yards and 14 touchdowns.

Hartline has said in the past that “it’d be really hard to leave” Ohio State, but he’s also viewed as a rising star in the profession, and has acknowledged that it’s a possibility he eventually leaves his alma mater.

According to FootballScoop, other candidates under consideration include Michigan defensive coordinator Jesse Minter, James Madison head coach Curt Cignetti and Tennessee offensive coordinator Alex Goulash. Regardless of who receives the job, the coach will face an uphill battle as the Bearcats get set to join the Big 12 beginning next season.