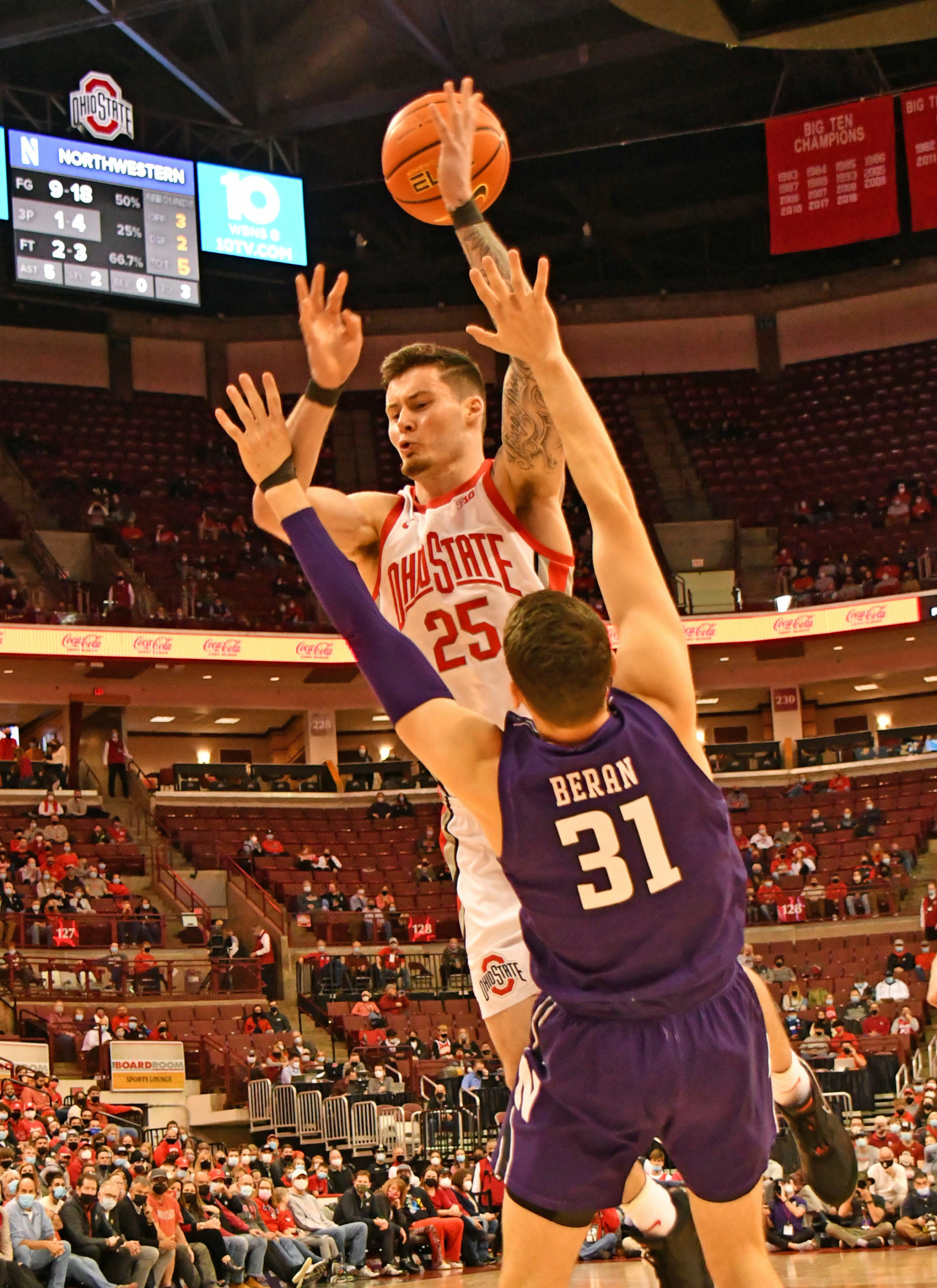 Ohio State has eight more regular season games and the Big Ten tournament between it and the NCAA Tournament field, but a national consensus is forming around where the Buckeyes might be headed when tournament play does roll around. And with six homes games and only two ranked foes left on the slate – Illinois on Feb. 24 and Michigan State on March 3 – chances to seriously impact that consensus in either direction are dwindling.

The Buckeyes will likely be favored in all but one of their remaining regular season matchups, and though knocking out nine straight wins to end the season with some noise on the Big Ten Tournament would knock them at least a line or two up in the national standings, it seems that OSU is settling comfortably in the 4-6 range for seeding.

The bracket experts agree as The Bracket Matrix, which collects data from every major bracket projection, has the Buckeyes slotted as the final five seed as of Feb. 14, with an average seeding of 5.44. That places them comfortably ahead of the top six seed, Alabama (5.88 average) but well below the next line on the board, with the final four seed belonging currently to Tennessee, which holds a 4.42 average.

Ohio State is included on every one of the 114 brackets that the Matrix pulls from, making it one of just 31 teams unanimously considered a tournament group. The vast majority of brackets place the Buckeyes as either a No. 5 or No. 6 seed, though there are some outliers. On the positive direction, six analysts have OSU as a No. 4 seed, though none have it any higher. On the opposite end, three brackets have the Buckeyes on the No. 7 line, though none any lower.

Of the most notable brackets, Blogging The Bracket has Ohio State as a four seed in the West region, matched up with Toledo in the Pittsburgh regional, with Marquette and Chattanooga in the 5/12 matchup and a top three of Gonzaga, Baylor and UCLA. CBS Sports places the Buckeyes as a five-seed in the Buffalo regional within the South bracket, matched up with the winner of SMU-West Virginia in the 12-seed play-in game. A win would place them against either Tennessee or Wagner, with a regional top four of Arizona, Baylor, Wisconsin and the Volunteers.

ESPN is a bit lower on the Buckeyes, slating them for a 6/11 matchup with Davidson in the East region, still playing out of Buffalo. Providence and Wagner square off in the 3/14 game, with a top-four of Purdue, Kentucky, Providence and Texas. Fox Sports is sending the Buckeyes to the East division as a five seed with a first-round matchup against either Oklahoma or San Francisco and a second-round date with the winner of Marquette-Vermont. Arizona, Kentucky and Duke populate the top three.

Sports Illustrated has Ohio State as a six seed in the South squaring off against either North Carolina or San Francisco, opposite the 3/14 matchup of Providence and Longwood in a region with Auburn, Baylor and Texas also in the top four. Lastly, Bart Torvik doesn’t project matchups, but does have the Buckeyes as the No. 2 five seed behind only Alabama, but ahead of Providence and Michigan State. He projects the Buckeyes as having a 99.8 percent chance of making the field of 64.