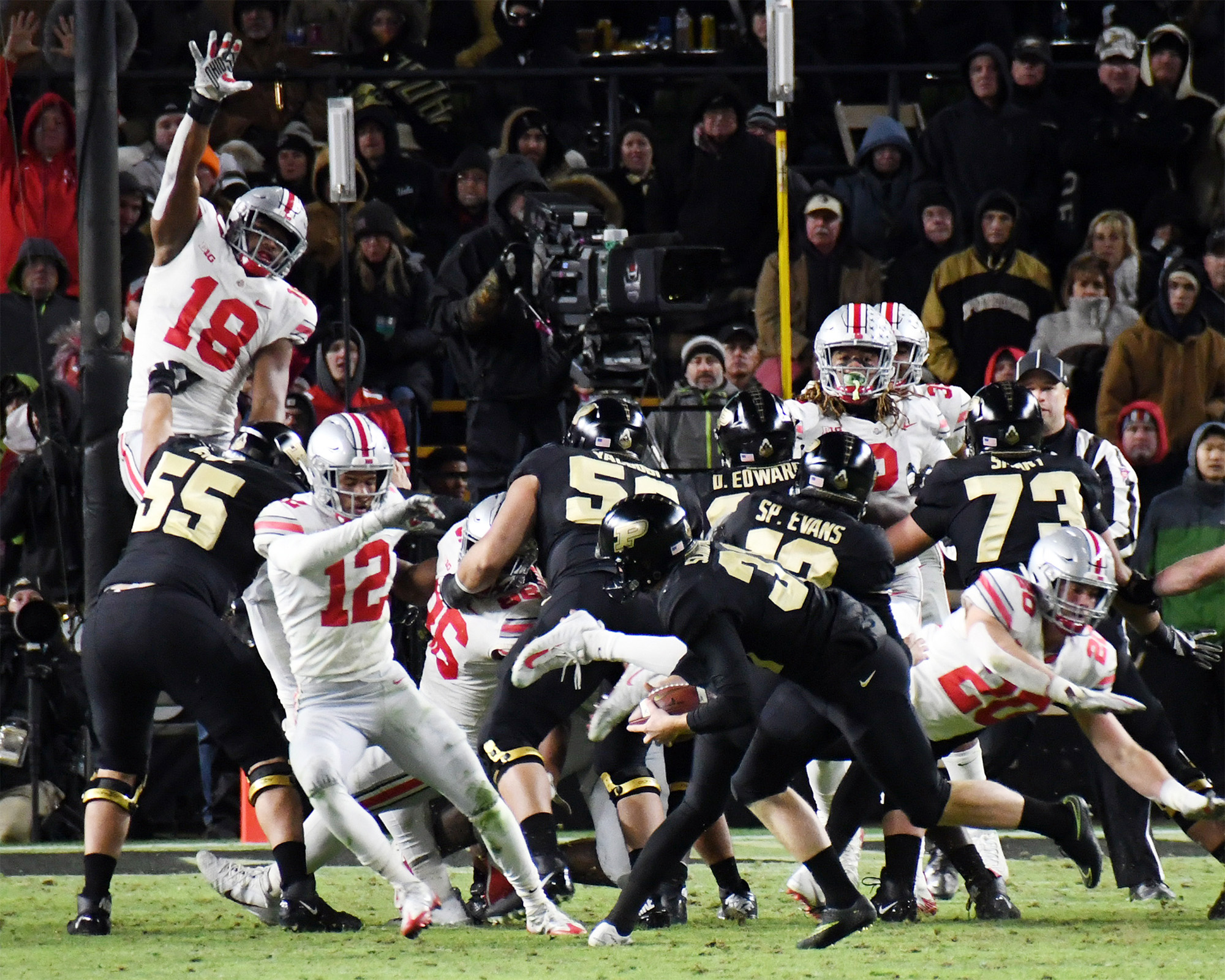 Ohio State traveled to West Lafayette, Ind., on Saturday and was sent packing with a 49-20 loss to unranked Purdue.

The Boilermakers led throughout the contest, saddling the Buckeyes – then ranked No. 2 – with their first loss of the season. It was the fourth win in a row for Jeff Brohm’s team after starting the year 0-3.

After dispatching the Buckeyes, Purdue became the first team to sweep the Big Ten’s weekly awards since the freshman of the week honor was added in 2010, the league announced Monday.

Since the Big Ten added a Freshman of the Week award prior to the 2010 football season, no school had previously won all four awards in the same week until Purdue did so this week. pic.twitter.com/IfMtpWeh6f

Boilermaker quarterback David Blough was named the conference’s offensive player of the week while Markus Bailey, a linebacker from Columbus, was the defensive honoree. Punter/holder Joe Schopper picked up the special teams honor while freshman sensation Rondale Moore was the rookie of the week, along with Nebraska quarterback Adrian Martinez.

In the win over Ohio State, Blough completed 25 of 43 passes for 378 yards with three touchdowns without throwing an interception. Moore was his favorite target as the freshman caught 12 passes for 170 yards and two scores and also carried the ball twice for 24 yards.

On defense, Bailey was a stalwart, totaling a game-high 15 tackles with half a tackle for loss and an interception returned for a touchdown in the late going.

Schopper punted six times with a long of 56 and an average of 43.3 yards – including two inside the 20 – but his real impact came as a holder. He converted a key fourth down on a fake field goal with a 4-yard run that led to a Moore touchdown in the route.