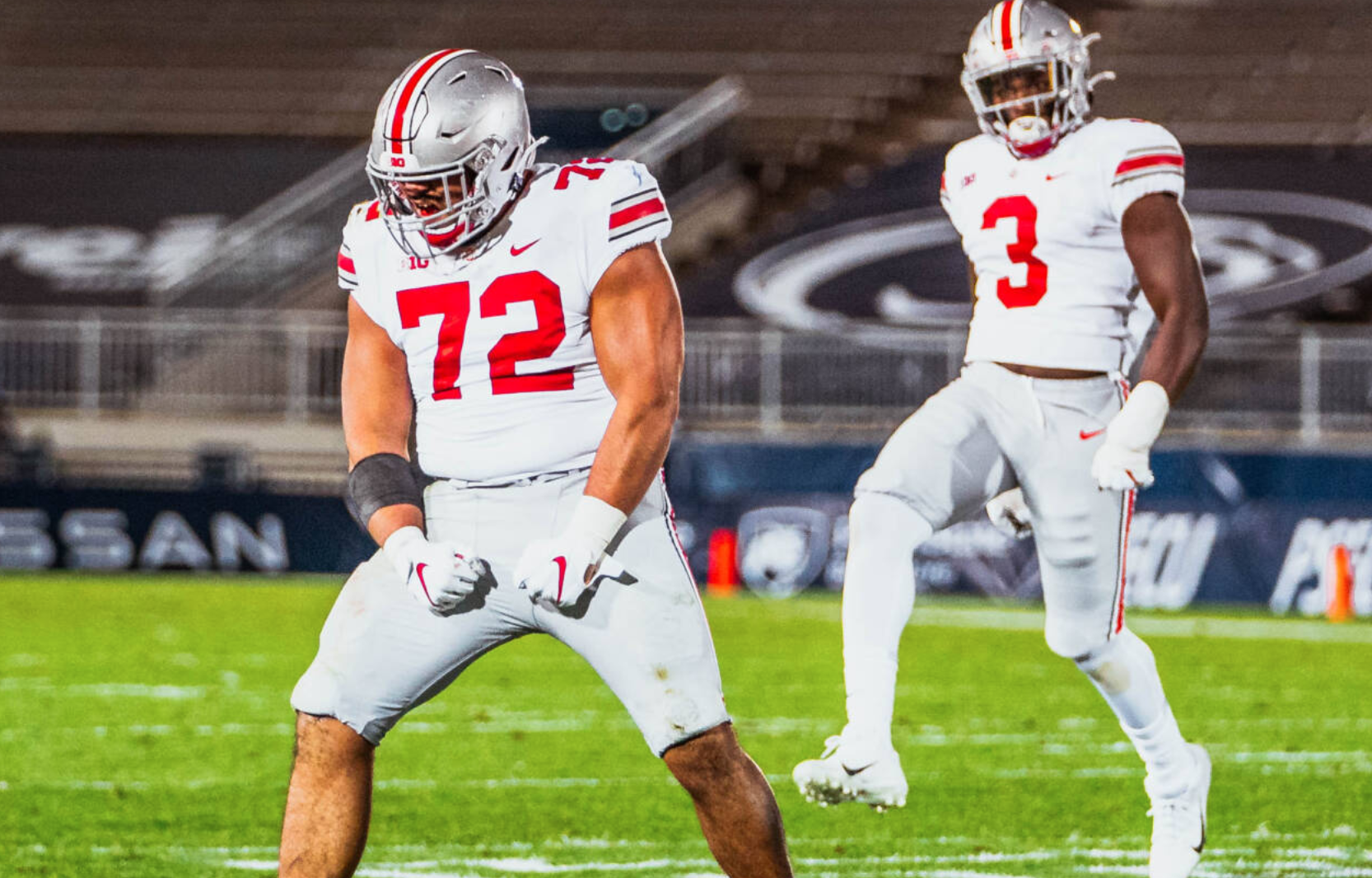 Ohio State will be without 13 players for its national title game against Alabama, and defensive line is where the Buckeyes are getting hit the hardest.

Defensive end Tyreke Smith and defensive tackle Tommy Togiai are both out against the Crimson Tide. The duo has combined for 31 tackles, 5 1/2 tackles for loss and four sacks on the season.

The status report does not specify the reason for players listed, only stating “individuals listed as unavailable this week may be unavailable because of injury, rehabilitation because of an injury or illness.”

But the line is getting some help back, with both defensive ends Tyler Friday and Zach Harrison not being named on the status report after missing the College Football Playoff Semifinal against Clemson, meaning they are both active against Alabama.

Offensively, offensive tackle Dawand Jones and running back Miyan Williams, who have both had flashes as backups in recent games, are also out. Guard Harry Miller and running back Master Teague are both available to play after missing the game against the Tigers.

On special teams, the Buckeyes are down both Dominic DiMaccio and Blake Haubeil, who have handled kickoffs and field goals, respectively in the back half of the season. Those duties are now likely to go to Jake Seibert, a true freshman who missed his lone field goal attempt this season from 44 yards out, but hit all 13 of his extra point tries.

Brown, Cowan, Harris, Kacherski and Williams were also listed on the status report prior to the Clemson game.