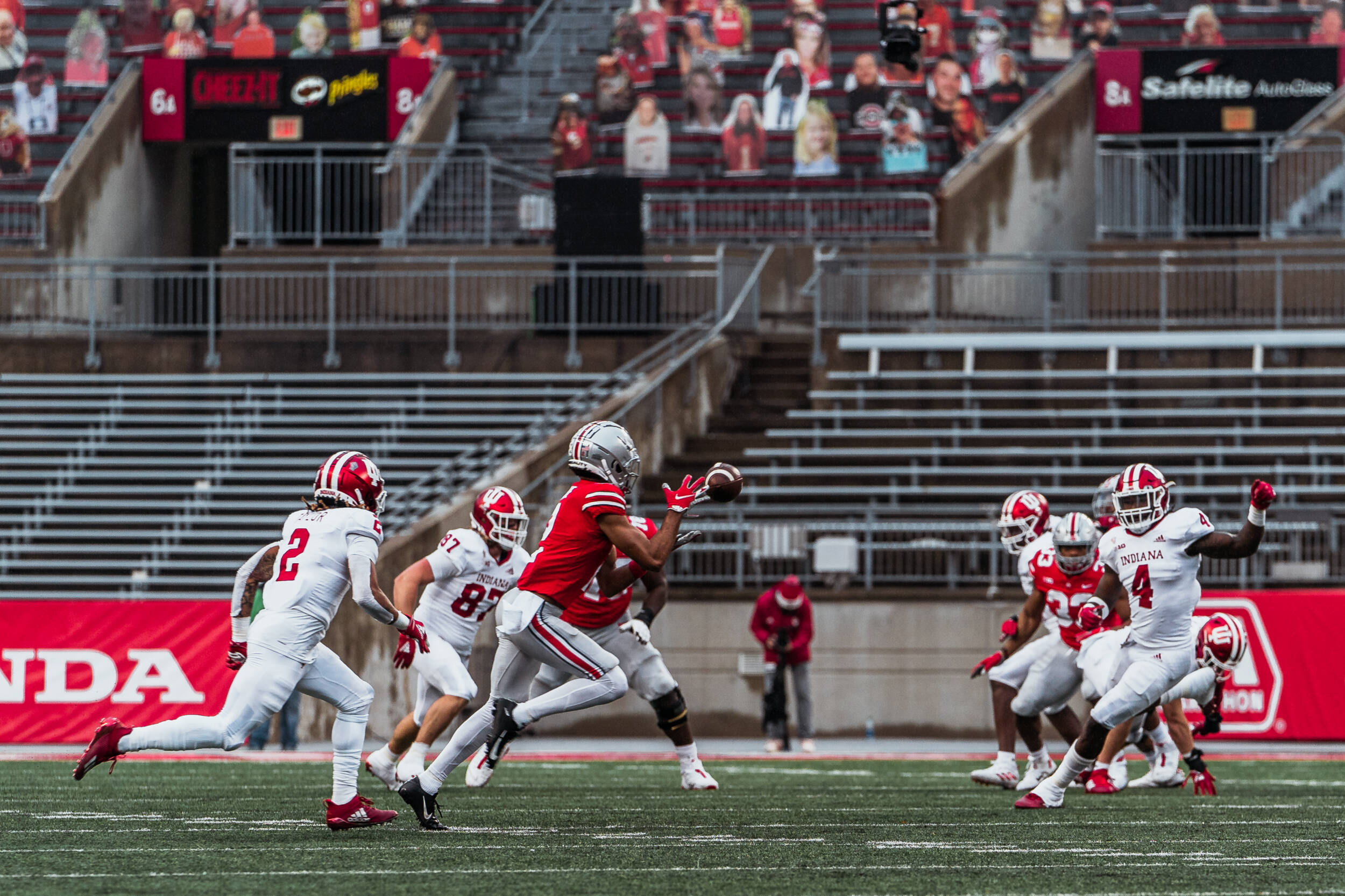 It’s day one of Big Ten Media Days in Indianapolis, speakers have yet to take to the podium, and Ohio State has already seen three players honored. The Buckeyes had three players featured in the annual Big Ten Preseason Honors list, all on the offensive side of the ball, making up more than half of the five players selected from the East division.

Just one of Ohio State’s picks, Munford, will be in attendance and available to speak at media days after Olave was shuffled out for tight end Jeremy Ruckert last week. The Buckeyes don’t speak until Friday, though, with head coach Ryan Day drawing the closing press conference around 12:30 p.m., available to watch on the Big Ten Network. Thursday’s full schedule is as follows, concluded with player and coach breakout sessions after the final press conference.

Stay tuned to BuckeyeSports.com for full coverage of Big Ten Media Days for each of the next two days.