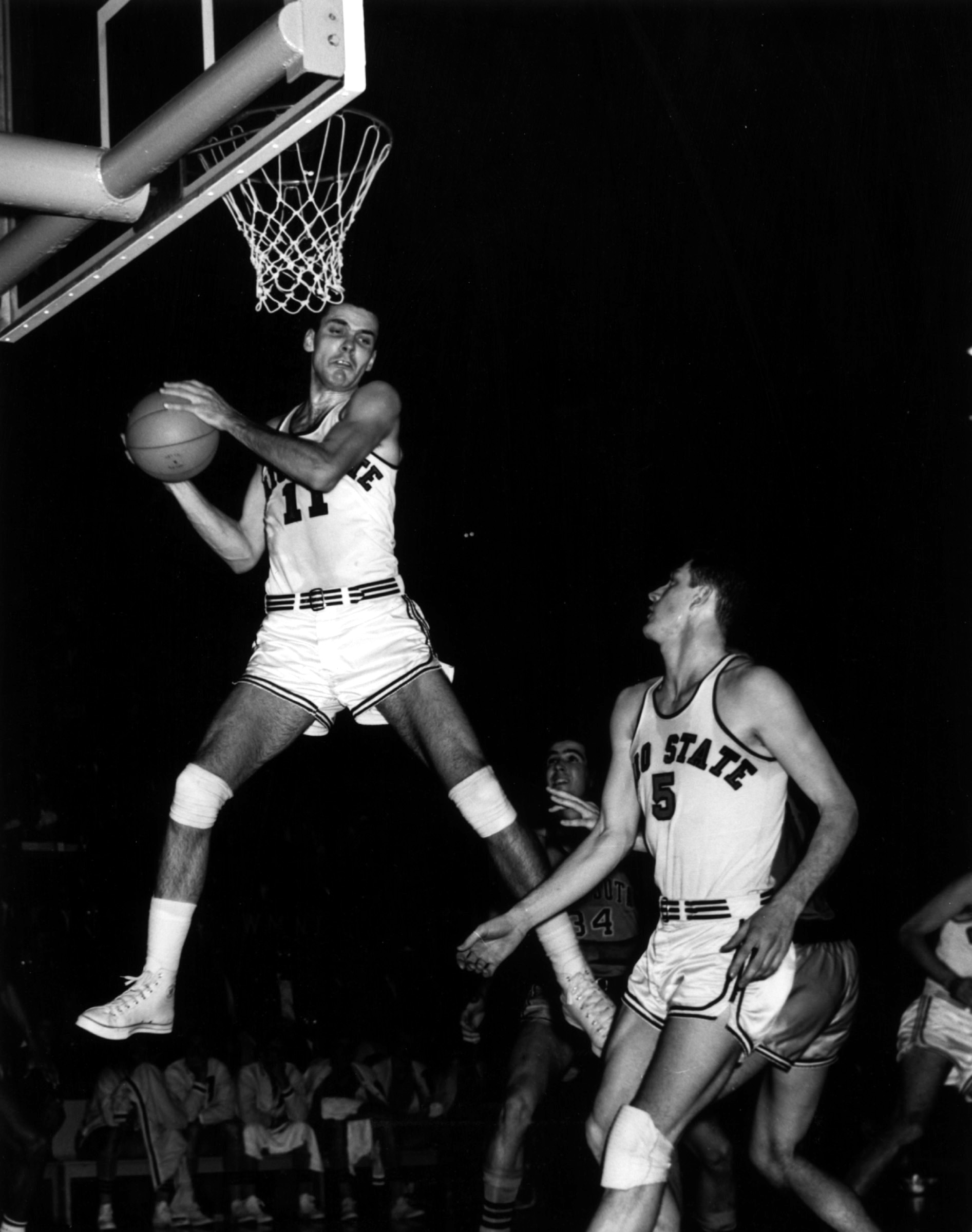 The 1961-62 Buckeyes came off their national title loss highly motivated, winning 22 straight games to open the season. For the second straight year, Ohio State spent the entire season as the No. 1-ranked team in the country.

Though it was the senior year of the dynamic trio of Jerry Lucas, Mel Nowell and John Havlicek, who became an All-American, Larry Siegfried’s graduation proved to mark a significant loss.

“They lost an outstanding player from the ’61 team in Larry Siegfried. He was the No. 3 choice in the NBA Draft and had been an All-American,” Caryer said. “He was a very physical guard who was a good ball handler and had matured a great deal during his Ohio State career. He was an outstanding talent and was on five championship teams in the NBA with the Boston Celtics playing with John Havlicek.

After 22 consecutive wins to start the 1961-62 campaign and the Big Ten crown already clinched, Ohio State lost at Wisconsin, 81-67, for its lone regular-season loss.

The Buckeyes once again excelled in the tournament, defeating Western Kentucky, 90-65, and No. 3 Kentucky, 74-64, across the first two rounds. In the Final Four, Ohio State topped Wake Forest, 84-68, before dropping its second straight national title bout with Cincinnati, 71-59.

Perhaps the players lost from the previous two teams became too much to overcome, even with a stacked senior class.

“Different people did different things at different times,” Caryer said. “The main difference in my mind is that the replacements were not as good as the guys who left, by and large.”