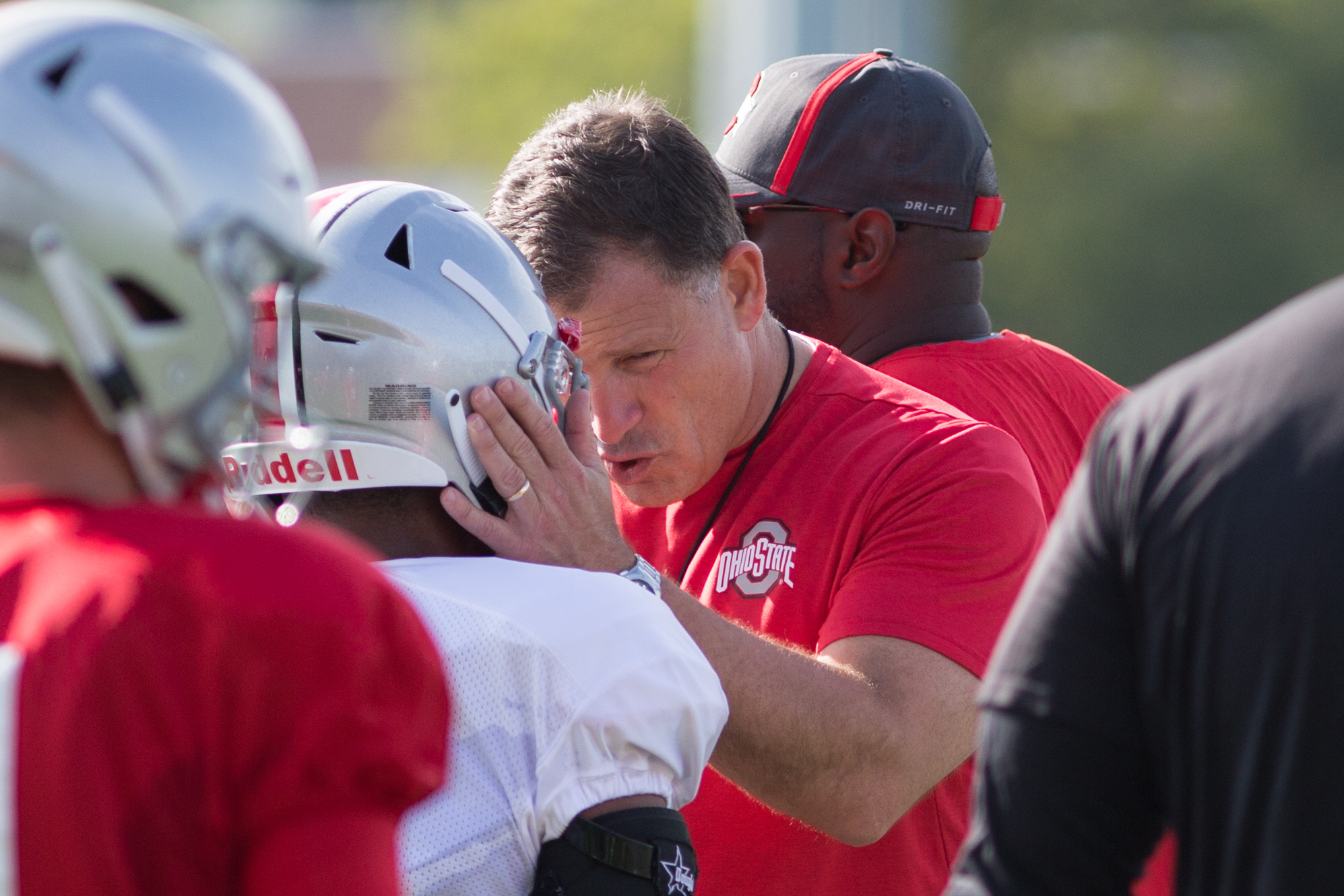 Behind Enemy Lines is Buckeye Sports Bulletin’s newest series on how teams outside of Ohio State — but relevant to Ohio State through history or through skill level — are recruiting in the current cycle. Up first is Rutgers.

The Chris Ash era of Rutgers did not go according to plan, with Ash, the former co-defensive coordinator at Ohio State in 2014 and 2015, going 8-32 as a head coach with the Scarlet Knights, including a brutal 3-26 record in conference.

Ash never was able to get his recruiting classes fully off the ground, with his 2017 class, which finished No. 42 in the country and ninth in the Big Ten, marking his highest national ranking. His other classes all finished outside of the top 50 and in the bottom three of the conference.

“The best way to describe Chris Ash’s tenure was he had the right vision, like he had the right plan when kind of adopting from what Urban [Meyer] did at Ohio State and guys like Barry Alvarez,” Garrett Stepien, national recruiting writer for 247Sports, told Buckeye Sports Bulletin. “But he just was like a square peg in a round hole.

“He was a Midwest guy in New Jersey, and his problem was he would get really close on closing with kids, like Rutgers would be in players’ top fives and things of that nature, but they could just never break through, and I think a lot of that had to do with just he couldn’t really connect with kids because he was kind of like a foreigner.”

Ash was fired on Sept. 29, and in the following offseason, Rutgers went back to the last head coach that was able to find success with the program, another former Ohio State defensive coordinator in Greg Schiano taking over on Dec. 1.

Stepien said that Schiano, a New Jersey native, will be able to draw from both his previous experience at Rutgers, but also his time both at Ohio State and at the NFL level, where he was head coach of the Tampa Bay Buccaneers.

“When you’re in New Jersey, you need to have a guy who’s from the area and knows what he’s dealing with. And I think that’s a big reason why Greg Schiano is going to do a lot better the second time around then maybe people are giving him credit for,” Stepien said. “He’s not only got the experience of doing it the first time around, even though it was in the Big East and not the Big Ten, but he’s done it before with the same high school coaches and players around here. He knows the area, he has the relationships, he has the personality, and he’s got the background of a guy who’s born and raised in New Jersey, and he’s got the Big Ten experience with that too.”

Rutgers’ 2020 class finished No. 65 in the recruiting rankings, good for 13th in the Big Ten ahead of only Illinois. And though Schiano joined on too late to make much of a sizable dent in that class, he did make his impact through the transfer portal.

“Honestly, that kind of surprised me how many guys he’s been able to get so quickly,” Stepien said. “Like the Brendon White and Malik Barrow transfers, I only expected him to maybe get like one guy from Ohio State and I definitely didn’t expect that to be Brendon White.

“He’s selling an opportunity to, I mean he’s not publicly giving out starting jobs, but he can say, ‘Hey, you can come compete here immediately, for the next year or two, depending on the eligibility and really make an impact on your stock.'”

All four of those commitments rank in the top 600 nationally, and are four of Rutgers’ top six recruits, all of which reside in New Jersey. Schiano has also found some success in Ohio with the commitment of Akron (Ohio) Archbishop Hoban three-star wide receiver Brayden Fox, whose uncle, Dustin Fox, played corner at Ohio State from 2001-04.

“You look at the top four right there, and they are top 600 kids, all from New Jersey and from different walks of New Jersey. North Jersey, South Jersey, Central jersey, public and private,” Stepien said. “It’s been a pretty surprising class, I would say things are going to even out, but if they can get in that top 40 in the country, that’s a definite win for him in his first year.”

Rutgers has not enjoyed a winning season since its first year in the Big Ten, when the Scarlet Knights, under head coach Kyle Flood, went 8-5 and won the Quick Lane Bowl 40-21 over North Carolina.

Rutgers has not won four games in a season since that victory, and though the momentum is strong with Schiano early on, there is not an expectation to win right away as his eight-year contract begins.

“People will look at that and say ‘Gosh, why does he need eight years?’ Well, if you look at what happened since he left the program, it’s kind of all been torn down. And if you look at what it took the first time around, it took a while to build up,” Stepien said. “I think if anyone’s going to get it done, either within five years, or maybe like a year shorter than that –  and when I talk about get it done, I’m talking about going to bowl games, like just scraping together six wins – it’s him.

“If there’s a season this year, it’s probably not going to be pretty. If they scraped together three wins – they won two games last year – that’s a win in my book. If they get to four wins, if they go 4-8, you might as well have a parade on campus.”