Andre Wesson Will Play Against Youngstown State After Getting Three Teeth Knocked Out vs. Bucknell 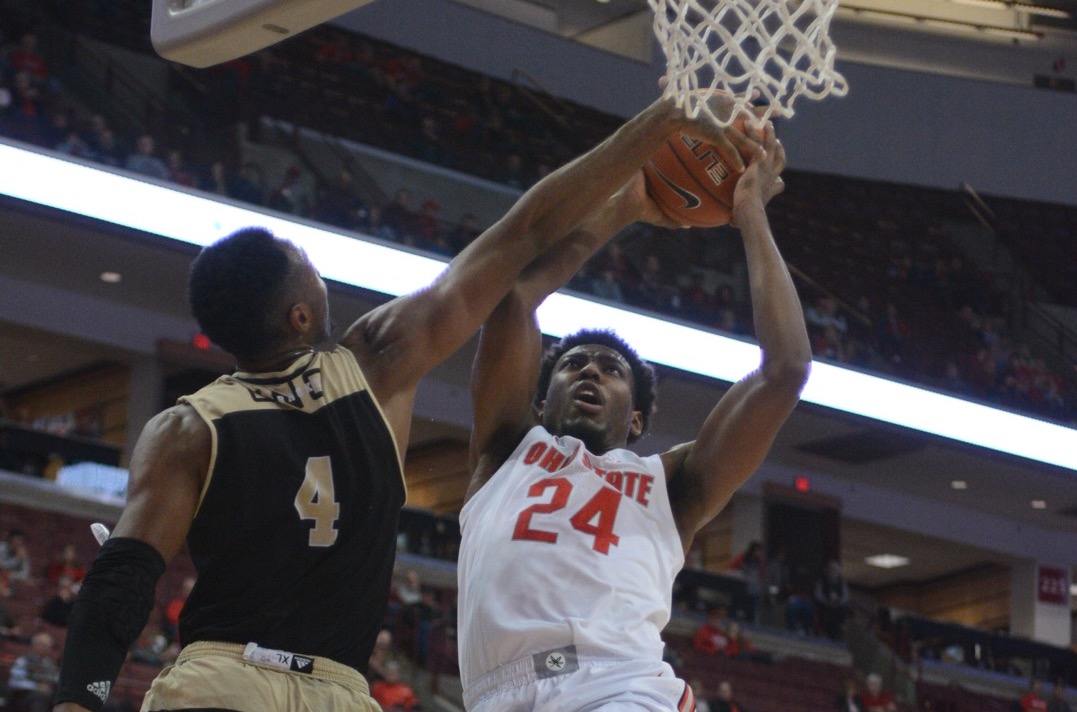 The junior forward played 29 minutes in Ohio State’s 73-71 win over Bucknell on Saturday despite having three of his top teeth knocked out while going for a loose ball. He is still getting dental treatment for the incident, but head coach Chris Holtmann said Monday that the Westerville, Ohio native shouldn’t miss any game time.

“He is fine and able to do everything that we need him to do,” he said. “Our medical staff has been on top of that. His head, neck and all of the stuff you get really concerned about all checked out fine.”

Despite the injury occurring early in the second half of the win over Bucknell, Wesson stayed aggressive when returning to the court and collected a career-high nine rebounds. While he isn’t Ohio State’s most prolific scorer by any stretch, his toughness and willingness to do the little things is something Holtmann has always admired about Wesson.

“He has really grown and that’s a credit to him that he became so instrumental after an offseason where he wasn’t able to do anything last year,” Holtmann said, discussing Wesson’s health issues that limited him in the offseason separating his freshman and sophomore seasons. “By the end of (last) year, he was one of our most valuable guys. I think every guy wants to score more, but I think Andre also understands that he as a player adds value in a lot of different ways.”

Wesson has always been praised for his defensive abilities at Ohio State, and has often been assigned to one of the opposing teams best offensive players because of his defensive versatility. As a junior and first-year starter, Wesson has seen his offensive numbers increase significantly in 2018-19. Through 10 games, he is averaging eight more minutes per contest as he did last season and is scoring 7.3 points per game, more than double his output from last season (2.9 ppg). He also led the team in scoring for the first time in his career Dec. 2 when he finished with 16 points in a 79-59 win over Minnesota.

As Ohio State prepares to take on Youngstown State on Tuesday night, Holtmann said he wants to see more aggressiveness from Wesson on the offensive end as his game continues to develop.

“We have to continue to get consistency from him on the offensive side of the ball and I think that will happen,” Holtmann said. We want him to continue to attack mismatches inside and rebound the ball better. We love coaching him.”