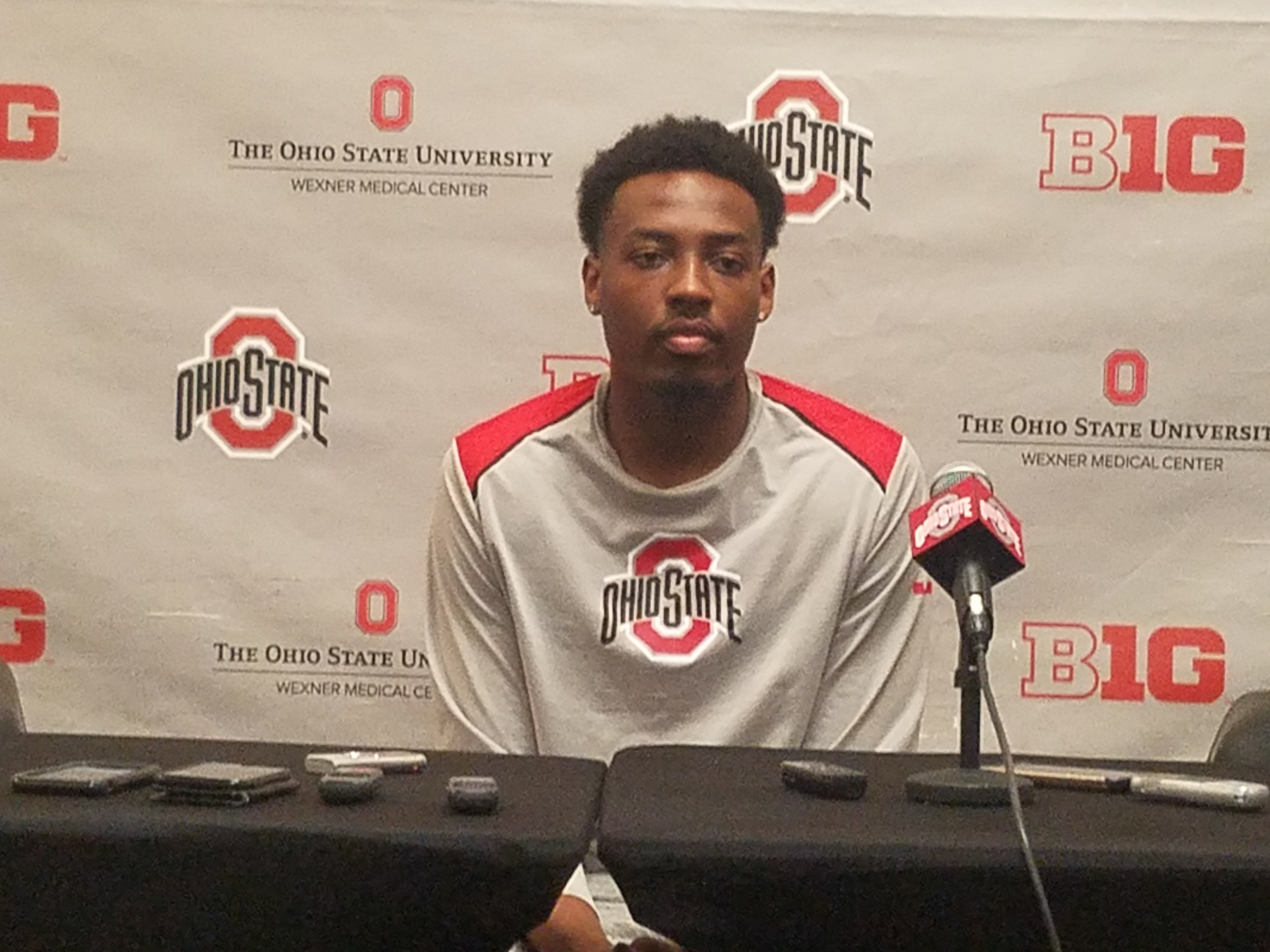 A year ago at this time, Andre Wesson was in the midst of a three-month hiatus from his college basketball career while he was having tests done for an undisclosed medical condition.

Wesson, who will be a junior for Ohio State in 2018-19, began the testing at the end of May in 2017 and was not medically cleared until early September, therefore missing all team workouts, open gyms and the like during that time.

With no health issues hindering his offseason this year, Wesson said on Wednesday he is making the most of this summer to enhance his game.

“Obviously, I’m feeling a lot better than I was this time last year with my health and my conditioning and everything,” he said. “I feel good.”

Spending the first half of last season regaining his stamina, Wesson appeared in 34 games in 2017-18 and averaged 2.9 points, 1.8 rebounds and 18.5 minutes per contest. He said on Wednesday that he did not start to feel 100 percent like himself until the team took a few days off after Christmas.

“I feel like that’s when I got my conditioning back and got my confidence back a little bit in my game,” he said.

So now that Wesson has an entire offseason at his disposal, the 6-6, 220-pounder said he’s been spending a lot of time developing a more consistent shot, along with improving his ball-handling skills. Through two seasons at Ohio State, Wesson has shot 37.4 percent (52 of 139) from the floor and 31.2 percent (29 of 39) from the three-point line.

The Westerville, Ohio, native said his performance on the court will make significant strides if he can advance those two aspects of his game.

“I think I can take a big step,” he said. “I’m still doing the little things I do because I always am going to do whatever it takes to help the team win. So doing that, getting my shot more consistent, ball-handling and play-making, I think I can make a big step.”