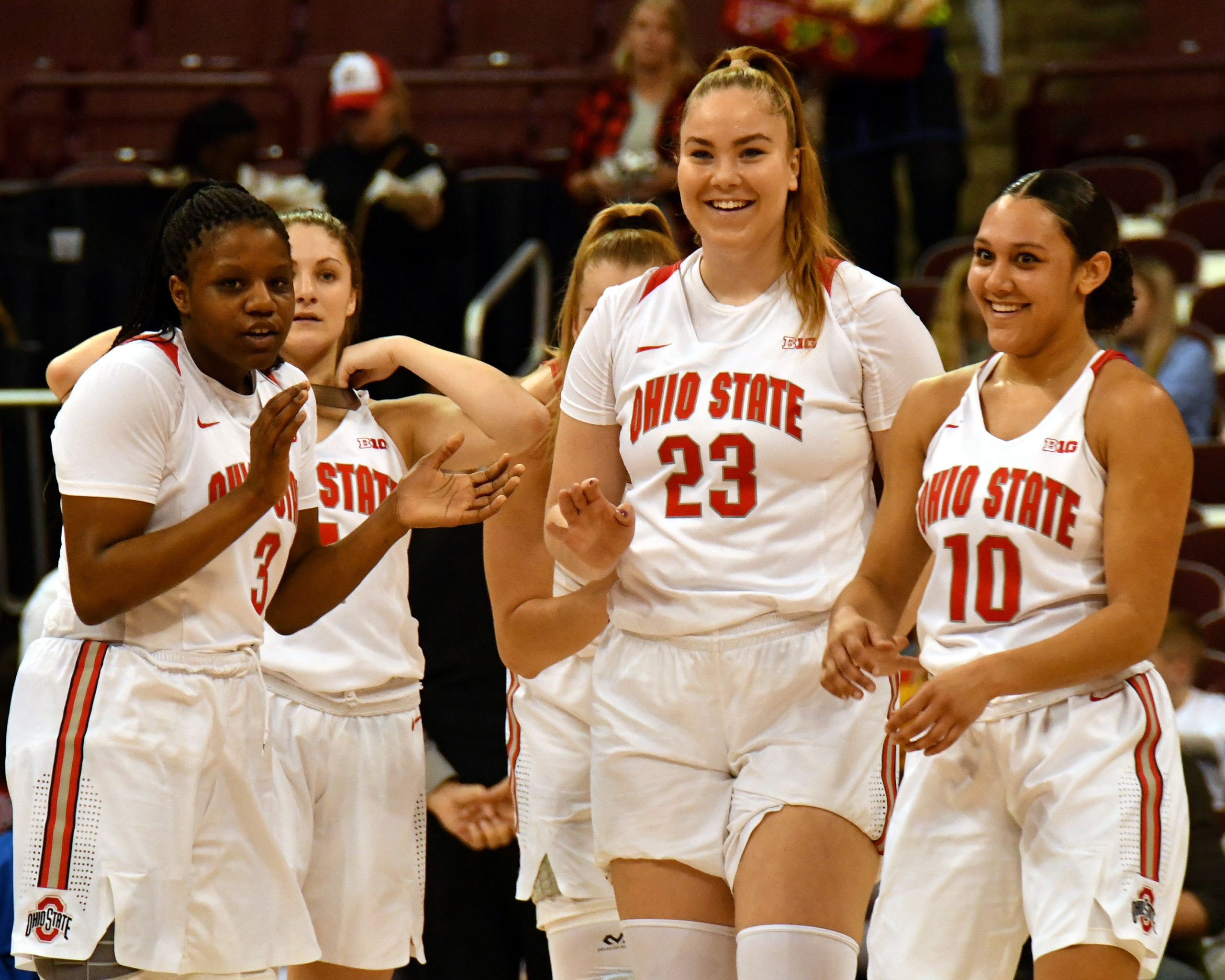 Ohio State women’s basketball pulled together an impressive 2019-20 season that saw the Buckeyes finish with a 21-12 record, which included three wins in the Big Ten tournament before ultimately falling in the championship game to Maryland.

That run solidified Ohio State’s place as a surefire NCAA tournament team that likely would have been a top-eight seed, before ultimately none of that mattered and the sports world was put on hold for COVID-19.

The lack of an NCAA tournament was a disappointment for a Buckeye team that exceeded the low expectations put in place from outside sources, but the year on the whole showed how strong this team had the potential to be in the future.

Ohio State won 21 games and made the Big Ten tournament final with six freshmen, three sophomores and a junior getting nearly all the minutes, with only forward Savitha Jayaraman, who played in just one game, departing from graduation. Still, the Buckeyes ended up losing more than that with freshman guards Kaelynn Satterfield (Xavier) and Kierstan Bell (Florida Gulf Coast), freshman forward Aixa Wone (Georgia Tech) and sophomore guard Janai Crooms (Michigan State) all leaving through transfers.

Also on the roster is incoming Providence guard Hevynne Bristow, but she will be sitting out the 2020-21 season due to transfer rules.

While nothing is set in stone, all five of Ohio State’s starters from last season are set to return, and the success the group had toward the end of the year should mean that the five will likely be staying together.

Greene and Sheldon blossomed into a strong backcourt pairing as true freshmen, while Miller, Patty and Juhasz were solid, more veteran players that helped Ohio State always stay in games.

This lineup has five players who all should be able to threaten from range, while all five also showed flashes of being able to drive to the basket at moment’s notice. Juhasz continued to be the focal point of the offense, and should again be the leading scorer, but all five starters have the potential to improve as they continue to play with one another.

Miller provided leadership and some of the best defense on the team last season, while also leading the way in assists without having a problem with turnovers, and if she can improve her shooting clip, she will be a dangerous weapon in her final collegiate season.

Mikulasikova is the only player here with any collegiate game experience, and she will continue to be a key weapon with her unique combination of size and shooting.

Harris and Poole were both five-star point guards, and should be able to immediately make an impact in different ways. It will be interesting to see how head coach Kevin McGuff utilizes both players’ skill sets, and if Harris’ experience off the court will have much of an impact.

Jones and Hutcherson are both local Westerville South products and should have immediate chemistry coming in, while filling a key need by adding some size depth to the team.

Ohio State ended last season seemingly in a great place to compete for lofty expectations in 2020-21. Even with some unexpected early departures, the Buckeyes have a strong roster that brings back an entire starting five while also having a lot of talent behind it.

That talent will have to be realized faster than expected due to those transfers, but just like in 2019, if some freshmen are able to step up and the pieces that are still there can improve even further, Ohio State still has what it takes to be a very strong team in the Big Ten.