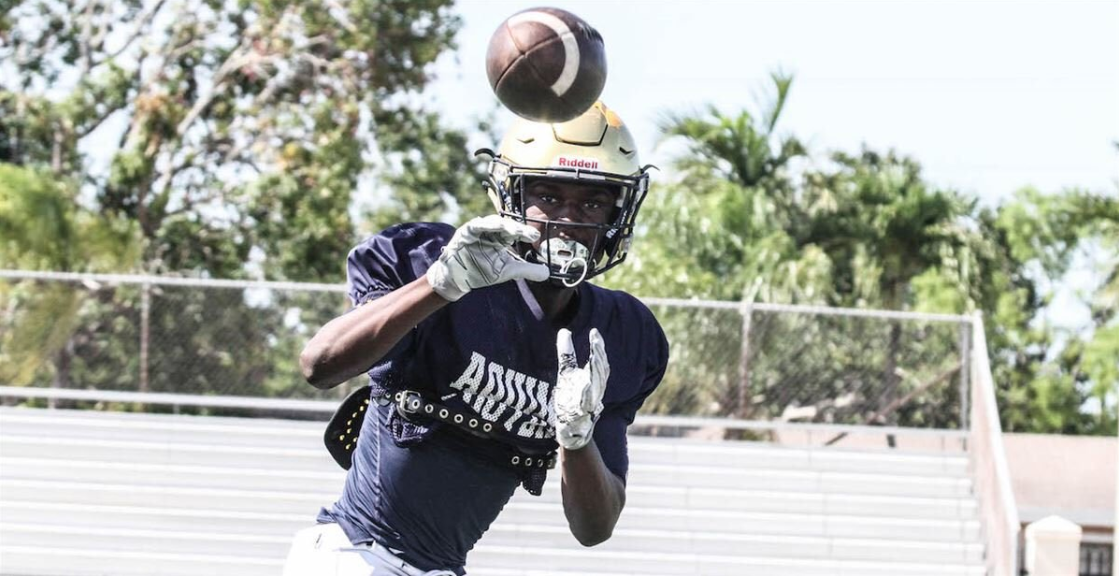 After months of speculation into his commitment status, Fort Lauderdale (Fla.) St. Thomas Aquinas 2019 four-star safety Jordan Battle flipped from Ohio State to Alabama on Wednesday. He had been committed to the Buckeyes since June 29.

The 6-1, 187-pounder’s recruitment originally closed in June. He took two of his five official visits — Miami (Fla.) from June 13-15 and OSU from June 20-22 — publicly pledging to the Scarlet and Gray seven days after he wrapped up his trip to Columbus.

Throughout the season, as Battle starred on the field for the Raiders, he took his visits elsewhere but never returned to OSU. Battle started things with an unofficial visit, to see the then-No. 16 Hurricanes’ 47-10 win over North Carolina on Sept. 27.

Over that weekend, he took his first official visit from Sept. 29-30 at Oklahoma. Battle watched the then-No. 6 Sooners’ 66-33 rout of Baylor at Oklahoma Memorial Stadium in Norman, Okla., but OU never appeared to quite be the threat to steal the Ohio State commit.

He returned to Hard Rock Stadium in Miami Gardens, Fla., for his second unofficial visit on Oct. 6 when then-No. 17 UM held off Florida State 28-27. The flip concerns, however, started back up when Battle went to see the Crimson Tide from Nov. 9-11.

At Bryant-Denny Stadium in Tuscaloosa, Ala., Battle saw head coach Nick Saban‘s top-ranked squad pitched its 24-0 shutout against then-No. 16 Mississippi State. Battle remained committed to the Buckeyes as he finished his senior season with St. Thomas Aquinas, which went 13-2 with a loss to Lakeland in Florida’s Class 7A playoff title game on Dec. 7.

Battle’s decommittment drops Ohio State’s 2019 recruiting class to 15 members. Battle is the 247Sports composite’s No. 77 overall prospect, No. 6 safety and No. 10 player in Florida.