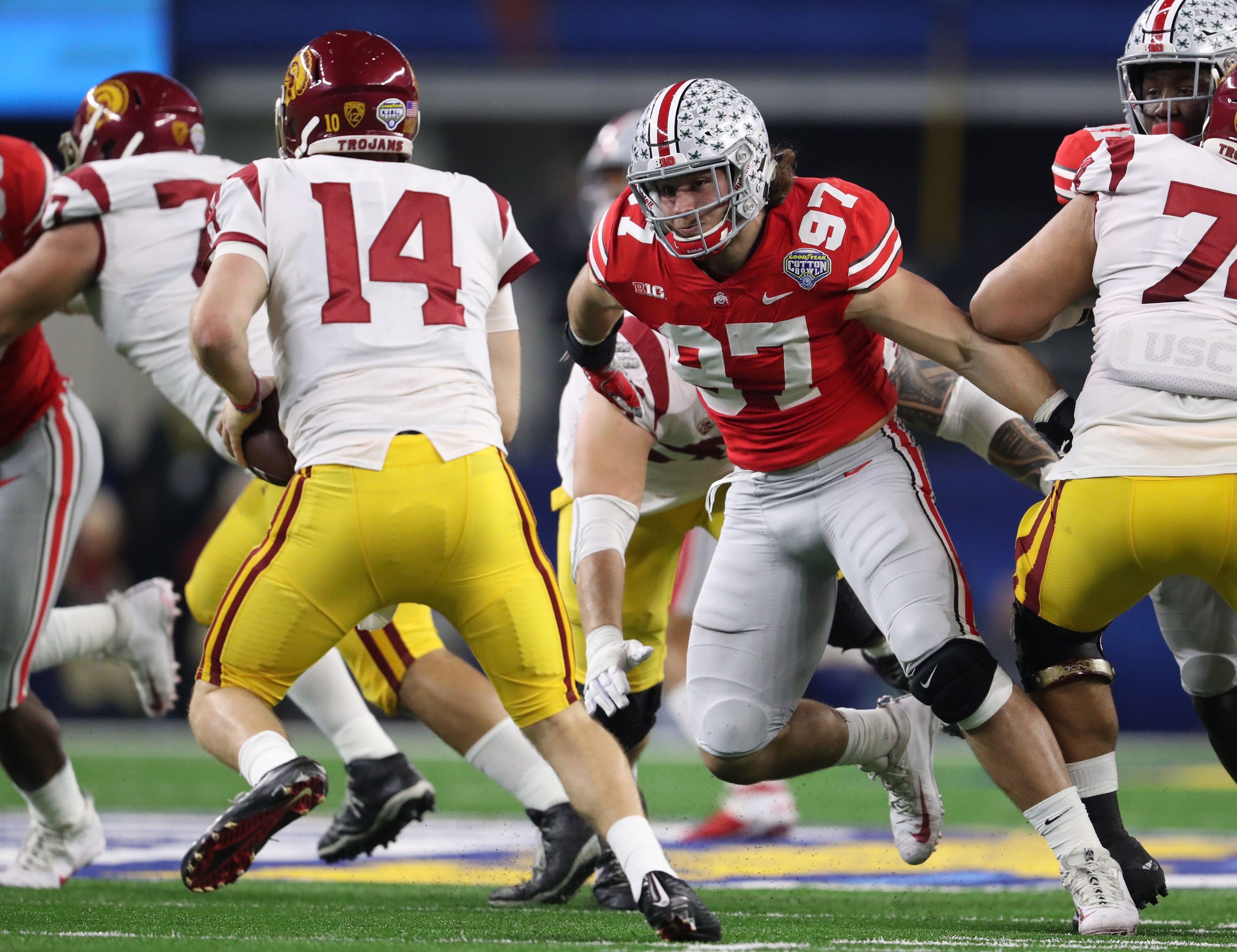 Ohio State has played USC and UCLA a combined 33 times in the history of its program, but that number is about to increase exponentially with the Trojans and Bruins set to join the Big Ten in 2024.

The Buckeyes have seen mixed success against their Los Angeles-based foes, carrying a losing record against USC and a .500 record against the Bruins. As USC and UCLA prepare to be the newest members of the Big Ten conference come 2024, let’s take a look at how Ohio State has fared against the two programs over the course of the Buckeyes’ history.

USC currently holds control of the all-time series against the Buckeyes, as Ohio State endured a seven-game losing streak that spanned from 1975-2009. The Buckeyes are 10-13-1 against the Trojans as a result of that adverse stretch, but Ohio State claimed victory in the most recent meeting between the two schools — beating quarterback Sam Darnold and USC 24-7 in the 2017 Cotton Bowl.

Flipping the script to UCLA, the Buckeyes and Bruins have split their nine matchups with four wins apiece and a 10-10 tie in 1976. Neither team has won consecutive games against each other.

The Buckeyes and Bruins have met just once in the Rose Bowl, with UCLA taking the lone meeting 23-10 in the 1976 Rose Bowl. Buckeyes running back Archie Griffin carried the ball 17 times for 93 yards in the loss.

The Bruins took the most recent meeting against the Buckeyes behind a 13-6 win in Pasadena, Calif., in 2001. Ohio State’s only points came on a blocked punt, which was returned for a touchdown by Ricky Bryant.

Ohio State will look to bolster its all-time records against both teams once they formally join the Big Ten in 2024.