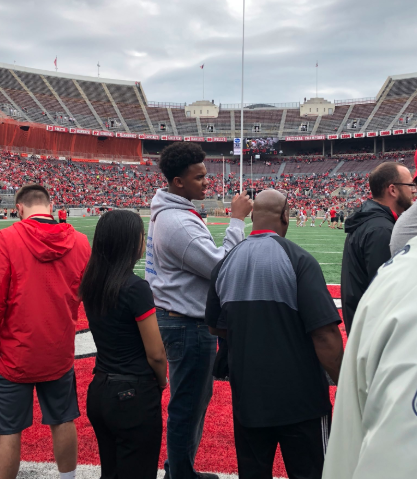 The 6-7, 285-pound Johnson has been on OSU’s recruiting radar since Dec. 8 when he received an offer from his home-state school during an unofficial visit to campus. Johnson made multiple return trips to Columbus with the latest coming on the weekends of March 30 and April 14.

The 247Sports composite considers him to be the No. 8 overall player, No. 2 offensive tackle and No. 1 prospect in Ohio for the 2020 recruiting class.

Johnson becomes the third member of OSU’s growing group for the next cycle — which could rival the program’s past classes among its best ever.