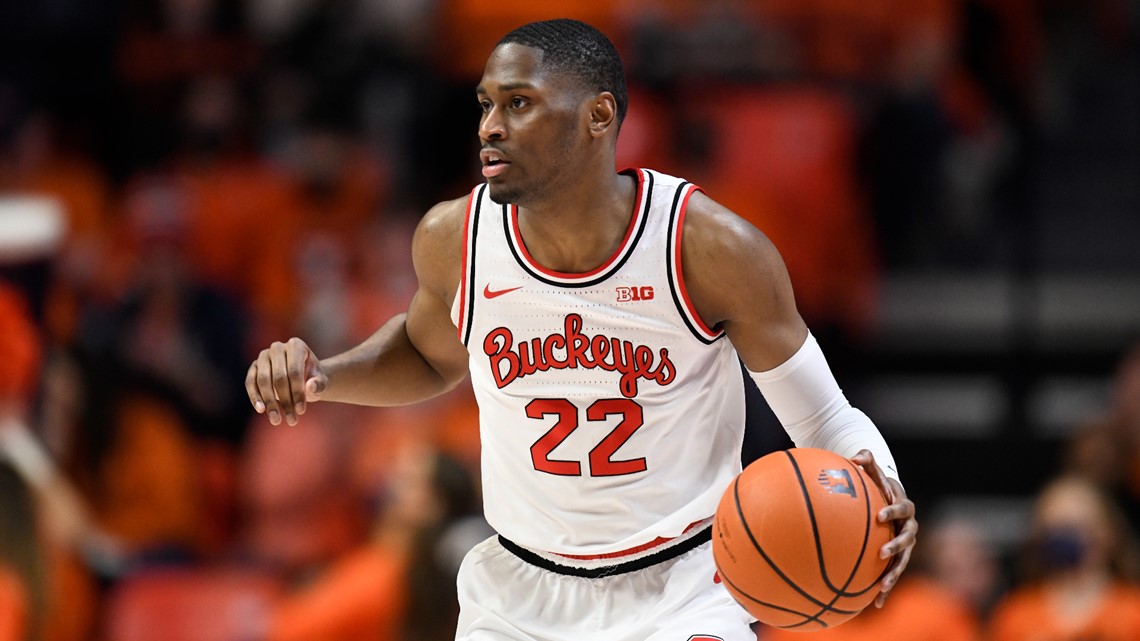 Former Ohio State guard Malaki Branham was selected by the San Antonio Spurs with the No. 20 pick in the 2022 NBA Draft on Thursday.

Branham joined the Buckeyes in 2021 as a consensus four-star recruit out of St. Vincent-St. Mary’s High School in Akron, Ohio, and coming off of a senior season in which he earned Ohio Mr. Basketball honors.

The 6-foot-4 shooting guard struggled early in his one-year Buckeye career, averaging 6.3 points per game on 38.8 percent shooting across Ohio State’s first 10 games of the 2021-22 season, prior to its three-week COVID-related break. Following the Buckeyes’ forced stoppage, Branham found his rhythm — kickstarted by a 35-point performance in a 87-79 overtime win over Nebraska on January 2.

From there, Branham became one of the Buckeyes’ top scoring threats alongside junior forward E.J. Liddell — posting 17.0 points per game on 52.8 percent shooting from the field and 43.2 percent from three during Ohio State’s final 22 games of the season. Branham’s dominant run through conference play earned him Big Ten Freshman of the Year and All-Big Ten Third Team honors.

Branham finished his lone season in Columbus with averages of 13.7 points, 3.6 rebounds and 2.0 assists per game on shooting splits of 49.8 percent from the field and 41.6 percent from 3-point range.

Although Branham’s only season with the Buckeyes started out rocky, his surge in production across Big Ten play caught the eyes of NBA scouts. Branham’s former head coach Chris Holtmann emphasized that the Buckeyes did not expect to lose him prior to the season, but he played himself into draft consideration.

Despite initially entering the draft process with his eligibility maintained, Branham announced he would remain in the draft and forgo the rest of his college eligibility on April 27. Throughout the process, Branham saw his draft stock rise to as high as a potential lottery pick.

Holtmann likened Branham’s playing style to Milwaukee Bucks guard and 2021 NBA champion Khris Middleton, a comparison that has been widespread throughout the draft process.

“Middleton from Milwaukee is a guy I’ve kind of always looked at and said ‘Hey I could see (that),’” Holtmann said. “He’s a little bit longer and bigger than Malaki but Malaki has length and elite shotmaking — and Middleton has turned into a heck of a player, I mean a phenomenal player — so I’ve seen that comparison and I’ve talked to some NBA teams about that comparison with Malaki.”

With his selection, Branham became the first one-and-done out of Ohio State to be selected in the first round of the NBA Draft since D’Angelo Russell in 2014.