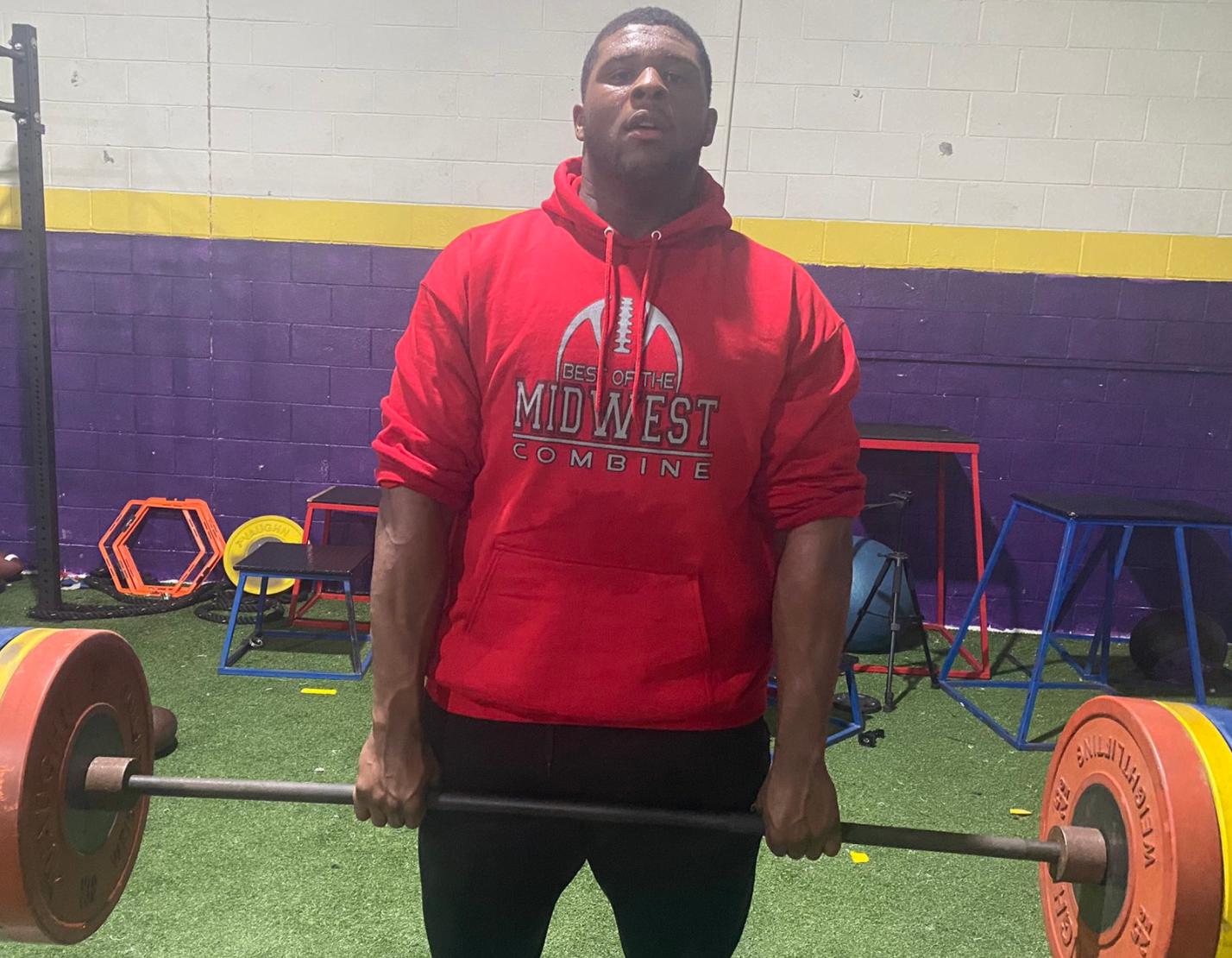 Kiyaunta Goodwin, a four-star offensive tackle from Charleston, Ind., announced his commitment to Kentucky on April 17.

Goodwin, who rapidly rose to become the seventh-ranked offensive tackle in the country after getting his body in Division I shape, had a top five that included Ohio State, Alabama, Clemson, Michigan, and the Wildcats.

“Kentucky was the first school to really get involved with him,” Rowland said. “When he was in junior high school, I mean, you could see him walking around campus during the camp season. And this is when he was very big, and probably too big, before he transformed his body and lost 100 pounds.”

The 6-foot-7, 300-pound lineman’s commitment to Kentucky did not come as a surprise because of his close relationships within the program that formed while he was growing up in Louisville. Though he moved to Charlestown, Ind., Goodwin’s ties to his home state remained strong.

“His trainer, Chris Vaughn at Aspirations Gym in Louisville, has a really strong relationship with the Kentucky staff,” Rowland said. “That was kind of instrumental in Kentucky getting Wan’Dale Robinson to transfer from Nebraska. So, I don’t want to say it’s a pipeline – there are guys who have aspirations to go to other schools – but recently, the momentum has shifted heavily to Kentucky there.”

Choosing the Wildcats over the likes of Alabama, Clemson, and Ohio State may have come as surprise to many on the outside, but Kentucky’s prowess in developing offensive linemen helped influence Goodwin’s decision.

“They’ve had a really easy time recruiting offensive linemen, because they’re putting guys into the league,” Rowland said. “Drake Jackson and Landon Young are both going to be drafted this year; Darian Kinnard has a chance to be a first-rounder; and they’ve really kind of built an identity as an offensive line-centric program, and I think you’ve seen that firsthand.

“The new offensive line coach Eric Wolford, I think has made a positive impression on him. He puts a lot of guys into the league over his career as well. And Vince Marrow has really locked down state recruiting. Now, he’s not in Kentucky right now, but since Marrow took over as the main recruiter for the state, he has pretty much gotten who he wanted.”

Due to the COVID pandemic, Goodwin was unable to take visits for more than a year, about which he voiced his frustrations. The powerful offensive tackle is expected to take visits in the summer, leading many experts to believe his recruitment is far from over.

According to Rowland, however, all the hoopla is for naught because he envisions Goodwin staying true to his home-state school.

“Based on my read of the situation, I would be surprised if he flipped after he committed,” Rowland said.