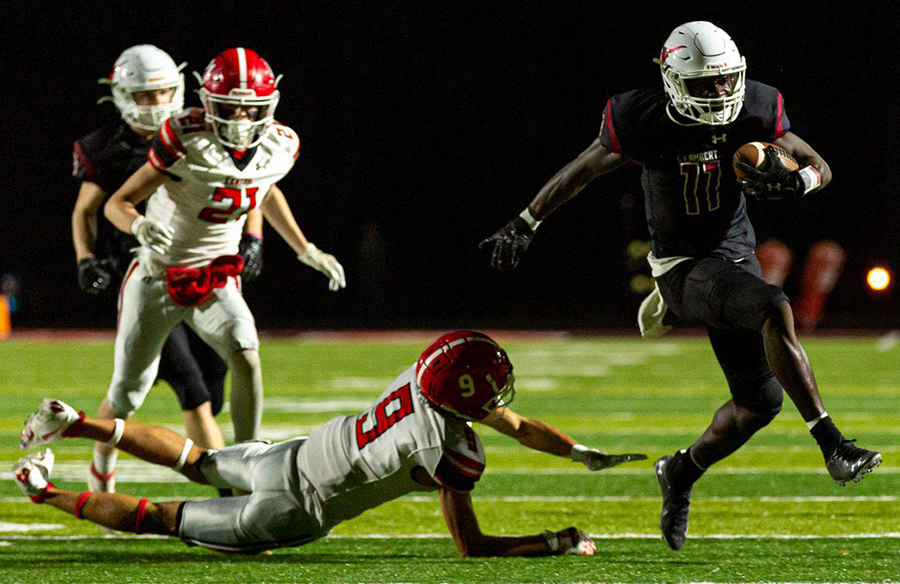 The 6-1. 185-pound Antwi is considered the 13th-best wide receiver and No. 94 prospect overall in the class of 2022, as he hauled in 44 catches for 795 yards and nine touchdowns for the Longhorns last fall.

The Buckeyes offered a scholarship to Antwi back in November and he quickly built a strong relationship with head coach Ryan Day, wide receivers coach Brian Hartline and linebackers coach/area recruiter Al Washington. He’s never been to campus but plans to take an official visit to Columbus in June, provided the NCAA-mandated recruiting dead period is brought to an end by then.

Ohio State is aiming to bring on one more wide receiver in the current cycle alongside Del Valle, Texas, five-star Caleb Burton and Chandler, Ariz., four-star Kyion Grayes, and Antwi is at the top of that list. But if he chooses the home-state Bulldogs or the Aggies, who benefit from Antwi having family near campus, the Buckeyes’ other options include Santa Ana (Calif.) Mater Dei four-star C.J. Williams and Chicago St. Rita four-star Kaleb Brown.