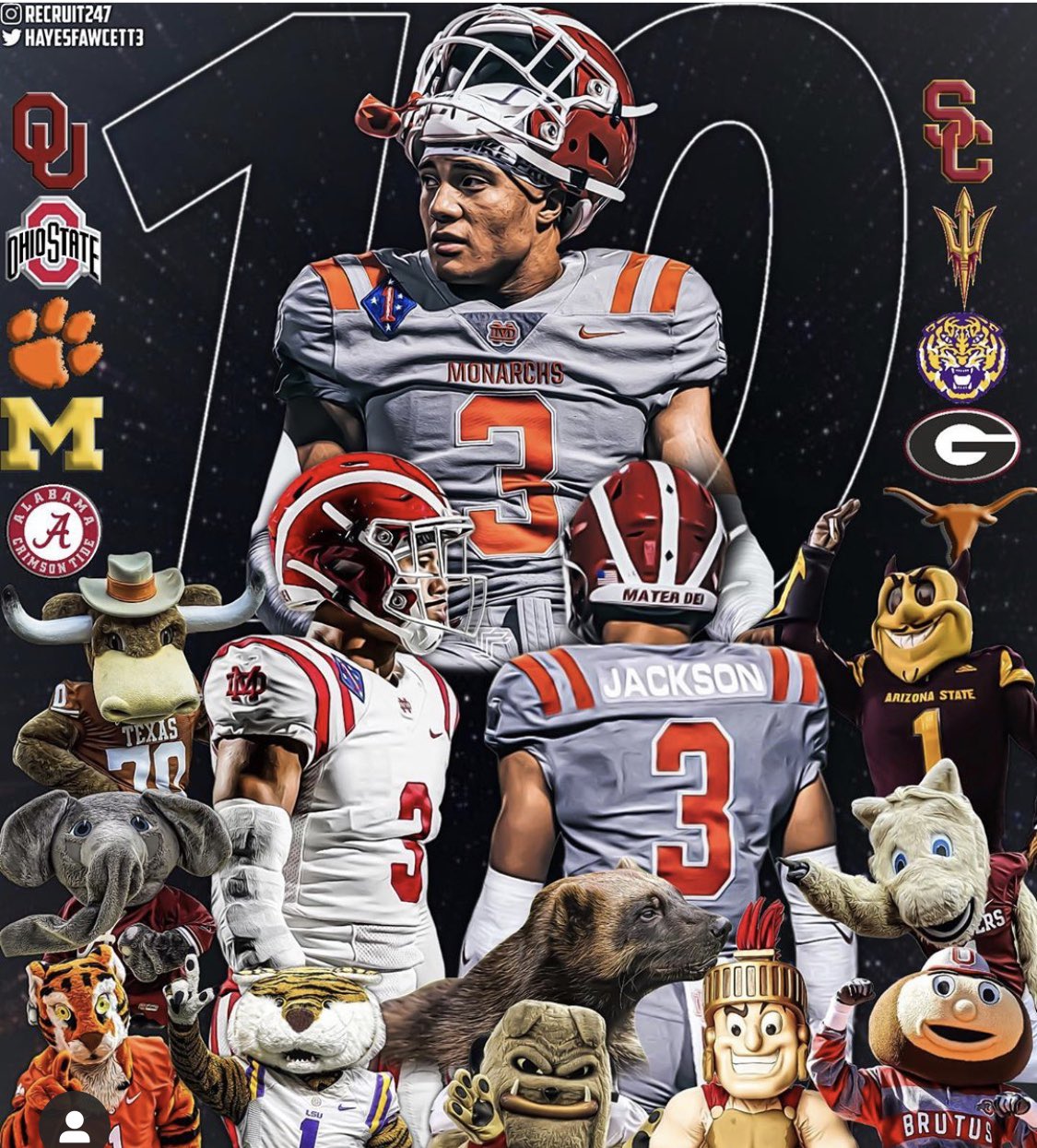 Jackson is ranked as the second-best corner and No. 12 prospect overall in the 2022 class, and was compared by 247Sports national recruiting editor Brandon Huffman to current New Orleans Saints and former Ohio State cornerback Marshon Lattimore.

“Athletic, good-sized cornerback with speed (4.5 forty as a freshman), quickness and explosiveness. Still relatively new to the position, making the transition from receiver, but showed elite level coverage ability, ball skills, play diagnosis and closing speed,” Huffman wrote of Jackson. “Plays with physicality, can bump and press but also play off and defend the pass. Smooth backpedal and quick hips make him a natural at cornerback. Projects as an immediate Power 5 contributor and potential NFL First Round Pick.”

There is currently one crystal ball prediction for Jackson and it is in favor of USC. Ohio State pursued two key targets out of Mater Dei in the 2021 class in four-star linebacker Raesjon Davis and cornerback Jaylin Davies, but the pair have committed to LSU and Oregon, respectively.

The Buckeyes already hold one cornerback commitment in the 2022 class with Lakota West (Ohio) West Chester four-star Jyaire Brown, who is moving from Louisiana to play high school football in state.