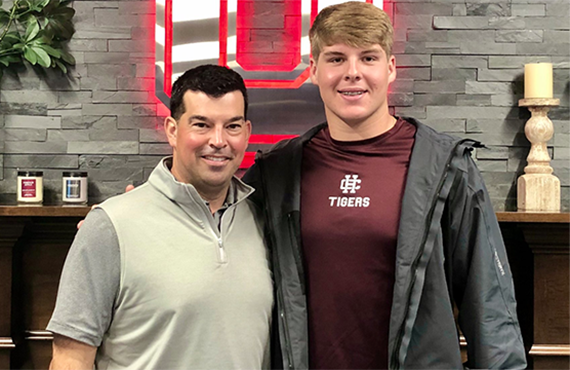 The 6-6, 245-pound Wolfe is considered the ninth-best tight end and No. 214 prospect overall in the class of 2021, as he hauled in 27 catches for 471 yards and 12 touchdowns to lead the Tigers to the state quarterfinals last season.

Wolfe landed an offer from the Buckeyes last September, then made his first and only visit to campus a few weeks later for the 34-10 win over Michigan State. He’s been in constant contact with head coach Ryan Day and offensive coordinator/tight ends coach Kevin Wilson ever since, with both coaches stopping by his high school on numerous occasions during the January contact period.

Wolfe was supposed to return to campus on March 25, but that trip was postponed amid the worldwide coronavirus outbreak.

Ohio State already holds one commitment at the tight end position in Aurora (Colo.) Cherokee Trail three-star Sam Hart, and plans to add one more to the fold this cycle since Luke Farrell and Jake Hausmann are both entering their final seasons of eligibility and Jeremy Ruckert could opt to enter the 2021 NFL Draft. The Buckeyes have not signed more than one tight end in a cycle since 2016, when they landed Farrell, Hausmann and four-star Kierre Hawkins.