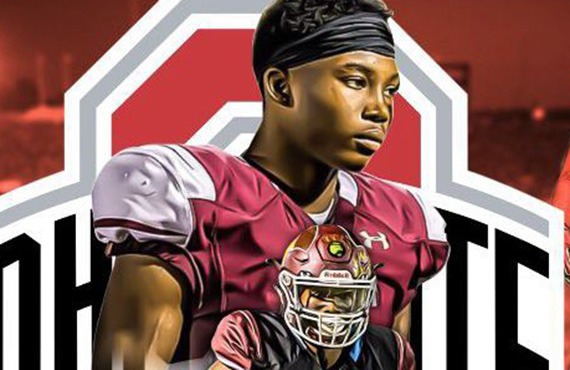 The 6-0, 168-pound Johnson is considered the fourth-best cornerback and No. 59 prospect overall in the class of 2021, as he recorded 42 tackles and seven interceptions to help the Spartans to their second state title in school history. He picked the Buckeyes over finalists Clemson, Florida, Missouri, Oklahoma and USC.

Johnson — the cousin of Ohio State sophomore wide receiver Jameson Williams — landed an offer from the Buckeyes’ last May and has made two trips to Columbus in the meantime, including the program’s inaugural Buckeye Bash and BBQ in late June and the 34-10 win over Michigan State in early October. He was considered a heavy Notre Dame lean, however, until the sudden departure of cornerbacks coach Todd Light in December.

That allowed Ohio State to get back in the picture with Johnson, and the subsequent hiring of defensive coordinator Kerry Coombs seemingly pushed the Buckeyes to the forefront of his recruitment.

Coombs, wide receivers coach/area recruiter Brian Hartline and assistant secondary/special teams coach Matt Barnes each visited Johnson during the evaluation period in late January, and he then included Ohio State in among his final schools in mid-February.

Johnson was set to visit Ohio State for the annual spring game on April 11, and most prognosticators expected him to commit that weekend or shortly thereafter. But with visits on hold for now, he instead chose his 17th birthday for his commitment date.

Johnson becomes the 11th member of Ohio State’s 2021 recruiting class, which extended its lead over Clemson for the the nation’s top-rated class with his commitment.