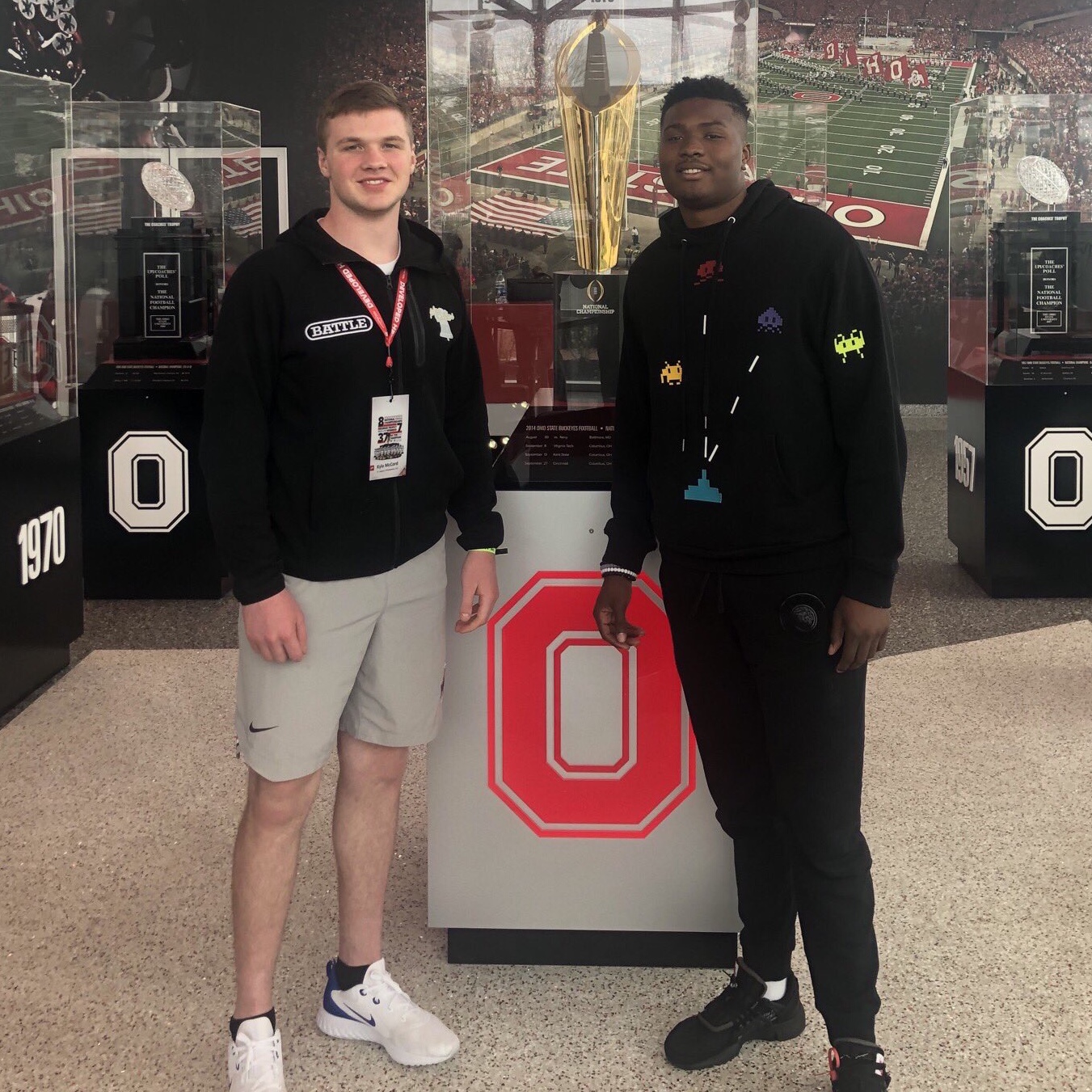 In a matter of just a few days, Ohio State went from having a shortage of quarterbacks to a surplus.

#BuckeyeNation, I’m coming for you.

The 6-3, 204-pound McCord is considered the eighth-best pro-style quarterback and No. 113 overall prospect in the class of 2021, as he completed 66 percent of his passes for a school-record 2,883 yards and 38 touchdowns to lead the Hawks to a state championship last fall. He picked Ohio State over nearly 20 offers from programs such as Boston College, Maryland, Michigan, Michigan State, Penn State, Pittsburgh, Rutgers, Syracuse, Texas A&M, Virginia Tech and West Virginia, among others.

McCord first visited campus in February, where he spent a considerable amount of time with Day and passing game coordinator/quarterbacks coach Mike Yurcich. He returned to campus for the annual spring game on April 13, which only solidified his thoughts on the program.

Harrison — the son of the former NFL wide receiver of the same name — made both trips to Columbus alongside McCord, so it’s safe to say Ohio State is in a great spot on that front, as well.