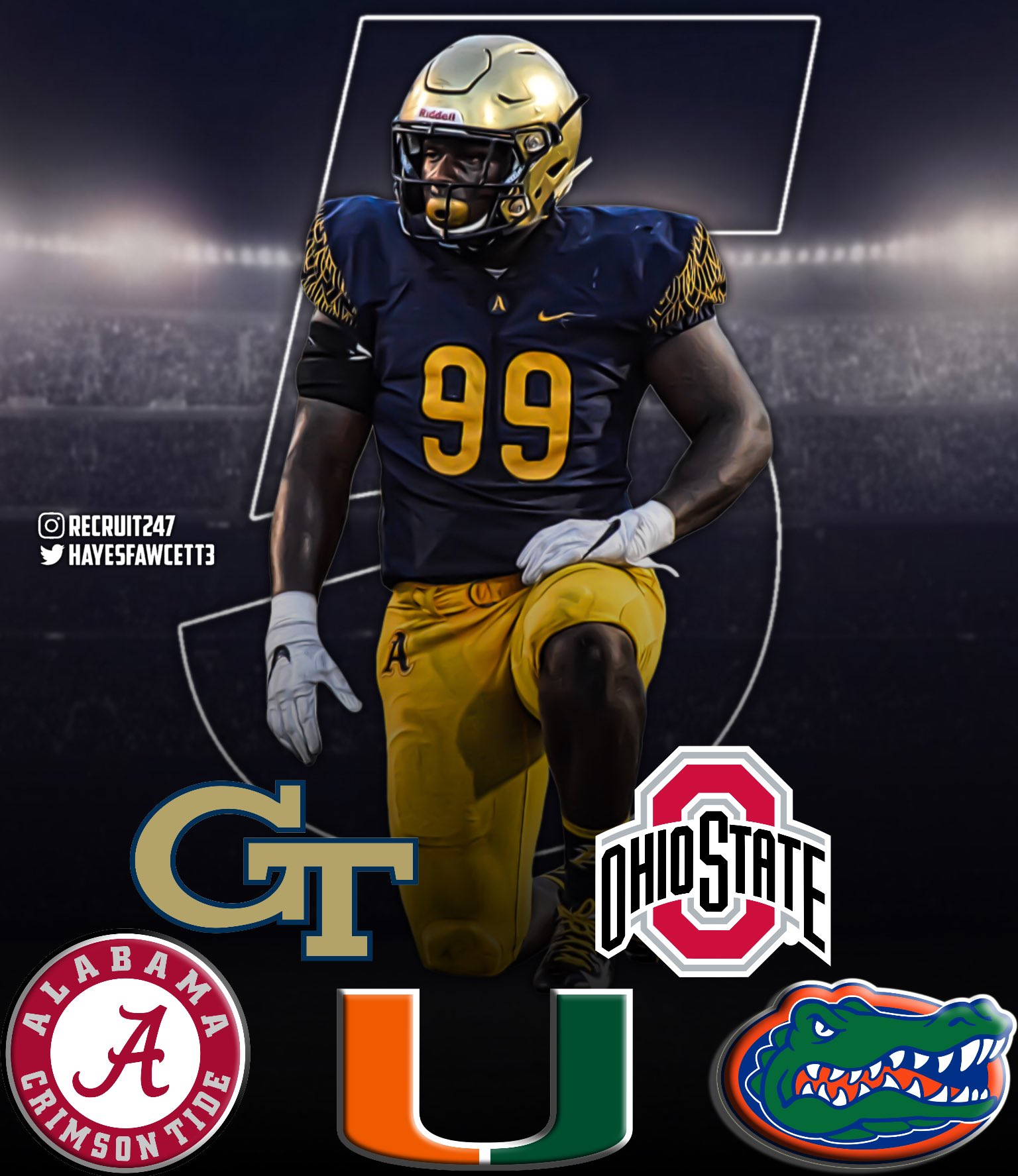 The Gators made the cut, of course, as did Alabama, Georgia Tech, Miami (Fla.) and Ohio State.

The type of time I’m on and God is my witness 💯🙏🏾🤐 #blessed #GodIsGood pic.twitter.com/UhrplCEtY1

“I still have options,” Sapp told the South Florida Sun Sentinel. “Just because I committed there, it’s not an obligation. I didn’t put pen on paper. I’m not obligated to go to Florida just because I’m committed. That’s something I said a long time ago.”

The 6-3, 255-pound Sapp — who is of no relation to former Hurricanes defensive tackle and Pro Football Hall of Famer Warren Sapp —  is considered the seventh-best defensive end and No. 96 prospect overall in the class of 2021. He recorded 29 tackles, nine tackles for loss, 8.5 sacks and two fumble recoveries to help the Raiders to the state title last season.

As mentioned, Sapp committed to Florida on Christmas Eve 2018, but that didn’t deter Ohio State defensive line coach Larry Johnson, who extended an offer this past January.

Johnson notably developed former St. Thomas Aquinas defensive ends Joey and Nick Bosa into top-five picks, which is a big reason why Sapp was scheduled to take an unofficial visit to Columbus this spring. That was put on hold amid the coronavirus outbreak, however.

That said, Sapp is in the process of setting up a virtual trip to Ohio State in lieu of a physical visit, since the recruiting dead period remains in effect through at least the end of August.