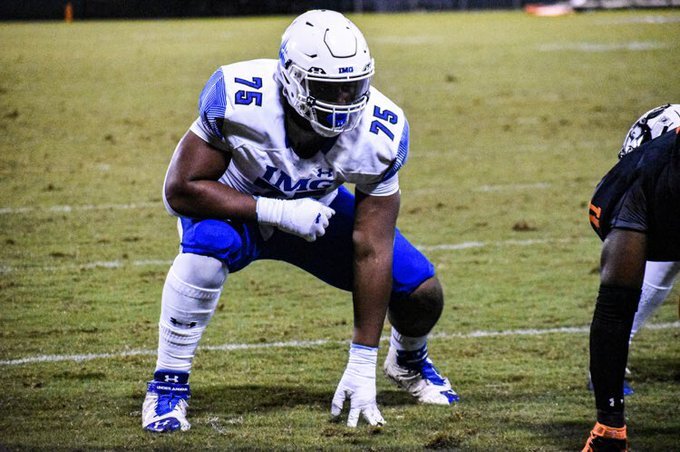 After being a favorite to land with Ohio State for months, Bradenton (Fla.) IMG Academy five-star offensive tackle J.C. Latham has chosen to commit to Alabama.

Latham is ranked as the fifth-best offensive tackle and No. 17 overall prospect in the 2021 class for the 247Sports Composite Rankings, but ranks as the best tackle and third-best prospect overall in the 247Sports individual rankings.

The 6-6, 305-pound tackle was an overwhelming favorite to land with the Buckeyes just last month, momentum that started back when Latham visited Columbus for the 28-17 win over Penn State on Nov. 23, but a recent surge by the Crimson Tide was enough to shift his commitment away from Columbus. Ohio State was also battling with LSU and Oklahoma.

What was going against Ohio State was strong recruiting at the offensive tackle position, with 2020 commit Paris Johnson, a former five star, along with 2021 Richfield (Ohio) Revere four-star Ben Christman and 2022 West Chester (Ohio) Lakota West four-star Tegra Tshabola already in the mix with the Buckeyes.

Alabama also has held a strong track record at tackle in the NFL Draft, with former tackles Jonah Williams and Jedrick Wills both being first round picks in the past two drafts.