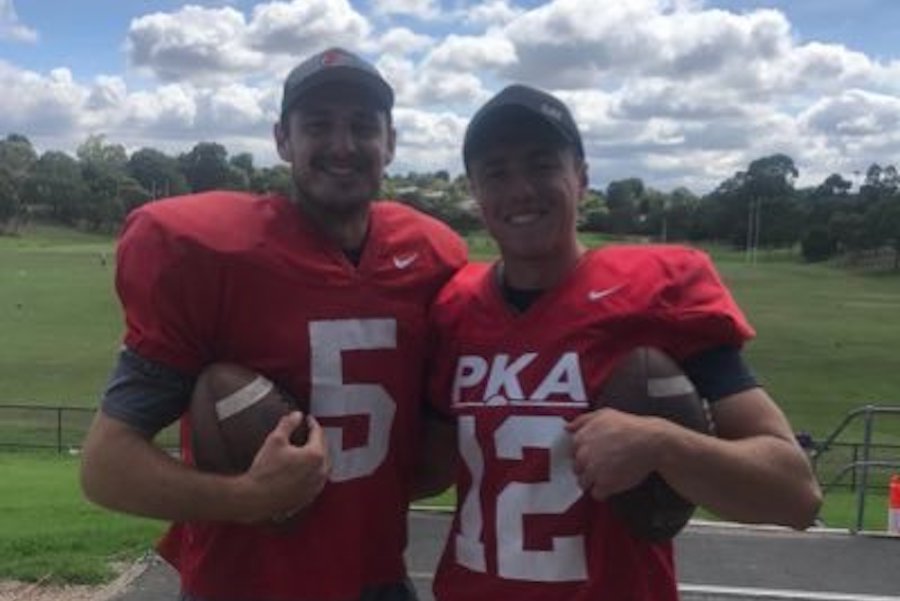 Absolutely honoured to announce I have committed and accepted a full scholarship to study and play football for THE Ohio State University in 2021. @OhioStateFB #GoBucks ⭕️🌰 pic.twitter.com/qZP7EzJgXq

Cameron Johnson register 211 punts for an average of 44.9 yards during his four-year career with the Buckeyes (2013-16). He helped the program to a win in the inaugural College Football Playoff national championship in 2014 and then earned first-team All-Big Ten honors and won the Eddleman-Fields Punter of the Year award as a senior in 2016. Johnson is now the starting punter for the NFL’s Philadelphia Eagles.

The 6-3, 190-pound Mirco, meanwhile, has only been punting for four months. But he comes from a program that has produced numerous college and NFL prospects since 2006, most notably Johnson, Pittsburgh Steelers punter Jordan Berry, San Francisco 49ers punter Mitch Wishnowski and Seattle Seahawks punter Michael Dickson.

With that said, assistant secondary and special teams coach Matt Barnes reached out to Prokick founder Nathan Chapman to see if they had any prospects coming through the pipeline. That — combined with a few chats with head coach Ryan Day, director of player personnel Mark Pantoni and strength and conditioning coach Mickey Marotti — quickly led to Mirco’s commitment.

“I’m just excited to be in such a big atmosphere and massive stadium with lots of fans,” Mirco said. “Obviously being at Ohio State with such a successful team and, from what I’ve been seeing, the recruiting class going forward, it looks like it’s apparently one of the best they’ve had in a while, which is exciting. Everyone at Ohio State wants to win and I hate losing, so I’ll be trying to do everything I can to win.”

Mirco becomes the 18th member of Ohio State’s 2021 recruiting class, and will likely be the only specialist in the class after the Buckeyes added Cincinnati La Salle three-star kicker Jake Seibert last cycle. He compete with walk-on Michael O’Shaughnessy for the starting spot as a true freshman, as current starting punter Drue Chrisman is entering his final season of eligibility this fall.