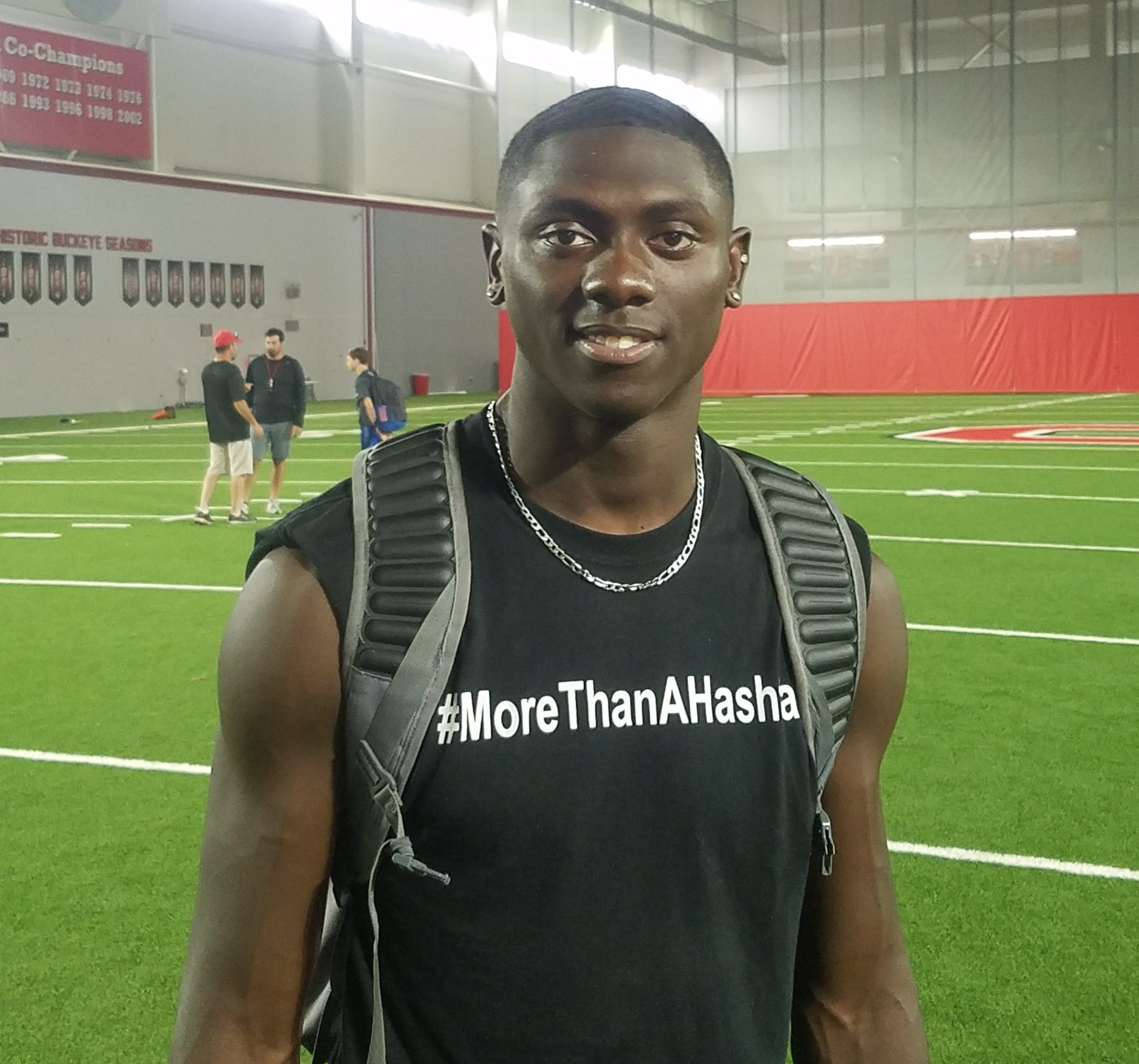 Young announced via Twitter on Friday that he has verbally committed to the Buckeyes, becoming the 11th member of the Scarlet and Gray’s 2019 recruiting class.

At Ohio State’s camp on Tuesday, Young, the No. 72 wide receiver in the 247Sports composite, worked out at all three levels of the defense. He started the day with the defensive backs under the direction of cornerbacks coach Taver Johnson. Young then moved to work out at linebacker alongside 2019 Lexington, Ohio, four-star outside linebacker and Ohio State commit Cade Stover. Young also received one-on-one attention from defensive line coach Larry Johnson, practicing moves coming off the edge as a defensive end.

At the conclusion of camp, Young told reporters that the Ohio State coaches were transparent with him on how he performed, which he admired.

Young has been a force on offense for his high school team as a wide receiver. Checking in at Ohio State’s camp at 6-4 and 212 pounds, however, his size piqued Ohio State’s interest in his abilities on defense.

Should he be used on that side of the line of scrimmage for OSU, he said he’ll have no qualms about no longer playing on offense.

“The college I choose, it will be a good choice for me,” Young said. “Anything to help my school, anything to help my team win, that’s the main priority. I wouldn’t be hurt about it if I played on the defensive side of the ball.

He added that he is confident the Buckeyes will utilize him correctly.

“I think Ohio State will know what position I’ll be better at,” he said. “They haven’t probably told me, but they probably know.”

Ohio State offered Young, who chose OSU out of a top five that also included Indiana, Iowa, Michigan State and Purdue, in late January. Ever since then, Young said the Buckeyes have been standing out to him.

“Ohio State, they’ve been making an impression on me as soon as they offered me,” he said.

Young has multiple ties to Ohio State, as he has a hometown connection with wide receiver Austin Mack, who also is from Fort Wayne and attended Bishop Luers High School. Mack was one of many current Buckeyes who helped work the camp on Tuesday.

Young said Mack, who will be a junior in the fall, shared with him a few characteristics about the Ohio State program.

“The coaches are real,” Young said of what Mack told him. “They don’t sugarcoat anything. Everything they do is – it’s a winning program. You can’t fail here. You’ve got to come and bust your butt. He told me a lot. They’re going to be on you. That’s what I want. I want them to be on me.”