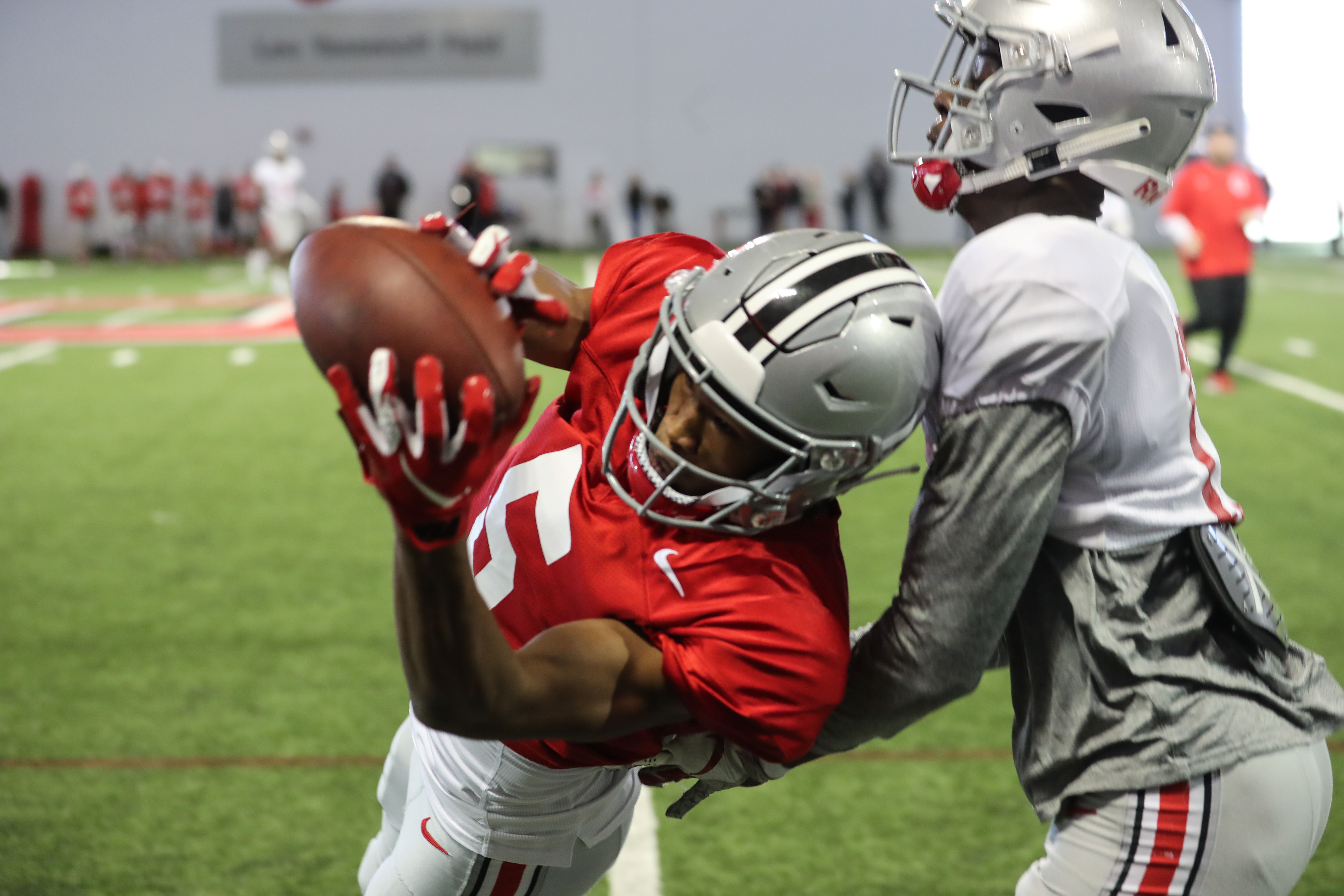 Despite the loss of three senior captains in Parris Campbell, Johnnie Dixon and Terry McLaurin; a potential season-ending knee injury to redshirt freshman Kamryn Babb; and the transfer of fellow freshman L’Christian “Blue” Smith, Ohio State wide receivers coach Brian Hartline remains confident in his unit because of the overall depth and level of talent waiting in the wings.

“It’s about — at some point in time — who will make those plays when they have the opportunity,” Hartline said. “Right now, it’s all about reps how we’re executing and if we can do it day-in and day-out.”

Consistency will be key for the relatively inexperienced unit, and will ultimately dictate whether or not the receivers reach their full potential this season.

“I always tell the guys greatness is measured only one way, and it’s by consistency,” Hartline said. “Everyone makes the same shot that Michael Jordan makes. They just don’t make it as consistently. They don’t make it at crunch time. Everyone can do it. The question is, ‘How often can you do it?’”

Hartline specifically challenged Olave, who was thrust into the lineup as a true freshman when Mack went down with a foot injury late in the season. He then found the end zone three times in four games thereafter, including once in the Big Ten Championship Game win over Northwestern.

“His level of consistency will change whether he’s a good player or a great player,” Hartline said. “People work for years to become as consistent as possible, but he’s on the right track.”

Gill, meanwhile, recorded just one catch for 11 yards in two games last season. Hartline believes he’s made great strides this spring as he battles with Saunders for the backup H-Back position.

“He’s one of the guys that have made the biggest jumps. He’s playing fast and he’s on my hip. He wants to learn and learn. He’s doing a great job with his academics and (handling himself) off the field.

“There are still things we have to clean up — and he knows that — but in the end, he’s doing a great job on the field, and I’m excited for him.”

Throw in Wilson, a former five-star prospect who has been on campus for less than three months, and you could seemingly pit the Buckeyes’ backups against almost any starting unit in the country.

“My best compliment to him was, ‘You don’t act like a freshman,’” Hartline said of Wilson, who flashed tremendous hand-eye coordination with an acrobatic catch along the sidelines during Student Appreciation Day on Saturday. “When he first got here, he’ll tell you it was kind of a culture change. The kid should still be in high school. He’s just doing a phenomenal job, whether I’m throwing him at Z or X. His mental retention is really good. He really wants to learn from the guys. He’s buying into the culture.

“Everything he’s doing right now is on the right track, and I’m excited for him to continue to take small steps forward. From Day 1 of camp to now, it’s been a steady improvement. It’s been great.”

While it’s important to keep in mind Ohio State is just seven practices into spring ball, Hartline believes his unit has taken positive steps in that time. The upperclassmen are developing leadership skills, while the youngsters are eager to make their mark.

“That’s all I can ask, especially in the spring,” Hartline said. “I’m really excited for them.”

You should be, too.