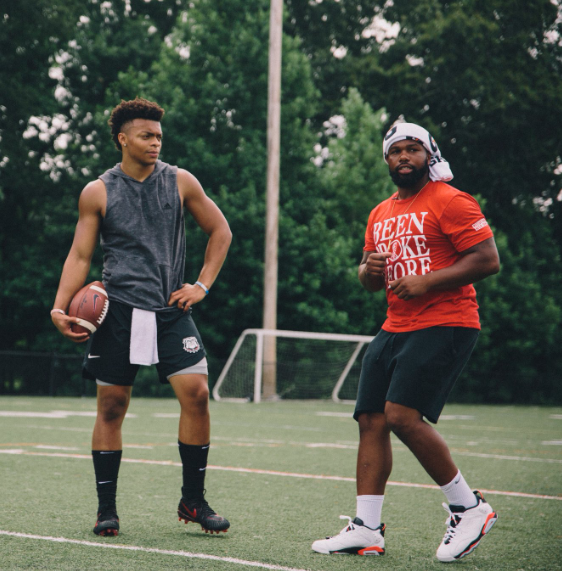 Justin Fields arrived Friday at Ohio State and has completed his transfer from Georgia, joining the Buckeyes for the spring semester.

He announced the decision Friday on Twitter, about 10 hours after reports surfaced that Fields was on campus and set to move in before classes start Monday.

“To the college football community and, in particular, the wonderful UGA fans who’ve been so supportive of me this past year:

“My time at the University of Georgia has given me the opportunity to refine my skills under great coaches and to play with incredibly talented teammates who’ve become like brothers to me. I appreciate what Coach (Kirby) Smart and the UGA football coaching staff have done to help me progress as a quarterback and for their patience and understanding while I thoughtfully considered my future as a student-athlete.

“I’ve decided to transfer to Ohio State University where I will continue to pursue my undergraduate degree and play football for the Buckeyes.

“I’ll miss my teammates more than they’ll ever know, and I wish them all the best as they get ready for another great season. I hope the bonds we’ve developed this past year will never be forgotten by where we choose to play football or where we end up after college,” Fields’ tweet read.

Fields, the Bulldogs freshman quarterback and former 2018 five-star recruit, was reportedly set to explore a transfer from UGA with OSU among the top destinations on Dec. 18. He continued to practice with No. 5 Georgia (11-3) into its 28-21 loss to No. 15 Texas (10-4) in the Sugar Bowl on New Year’s Day, officially completing his first season.

Also that day, No. 6 Ohio State finished its campaign against No. 9 Washington when the Buckeyes (13-1) beat the Huskies (10-4) 28-23 in the Rose Bowl. After seasons ended for both teams, OSU resumes classes Jan. 7 with Fields slated to move in and enroll by then, Lettermen Row first reported.

OSU had Oak Park, Mich., 2018 four-star quarterback Dwan Mathis committed since June 24. But the 6-6, 205-pounder flipped on early signing day Dec. 19 to the Bulldogs after rumors of Fields’ transfer to Columbus surfaced.

Fields’ reported transfer gives Ohio State its highest-rated recruit in program history. According to the 247Sports composite, former Buckeyes quarterback Terrelle Pryor (2008-10) — then a 6-6, 233-pounder from Jeannette, Pa., ranked as the No. 2 overall prospect, No. 1 dual-threat quarterback and No. 1 player in the Keystone State for the 2008 recruiting class — is tied for twelfth (0.9997) all time while Fields is tied for eighth (0.9998).