Buckeyes Have Scholarships Available And A Need For OL Depth 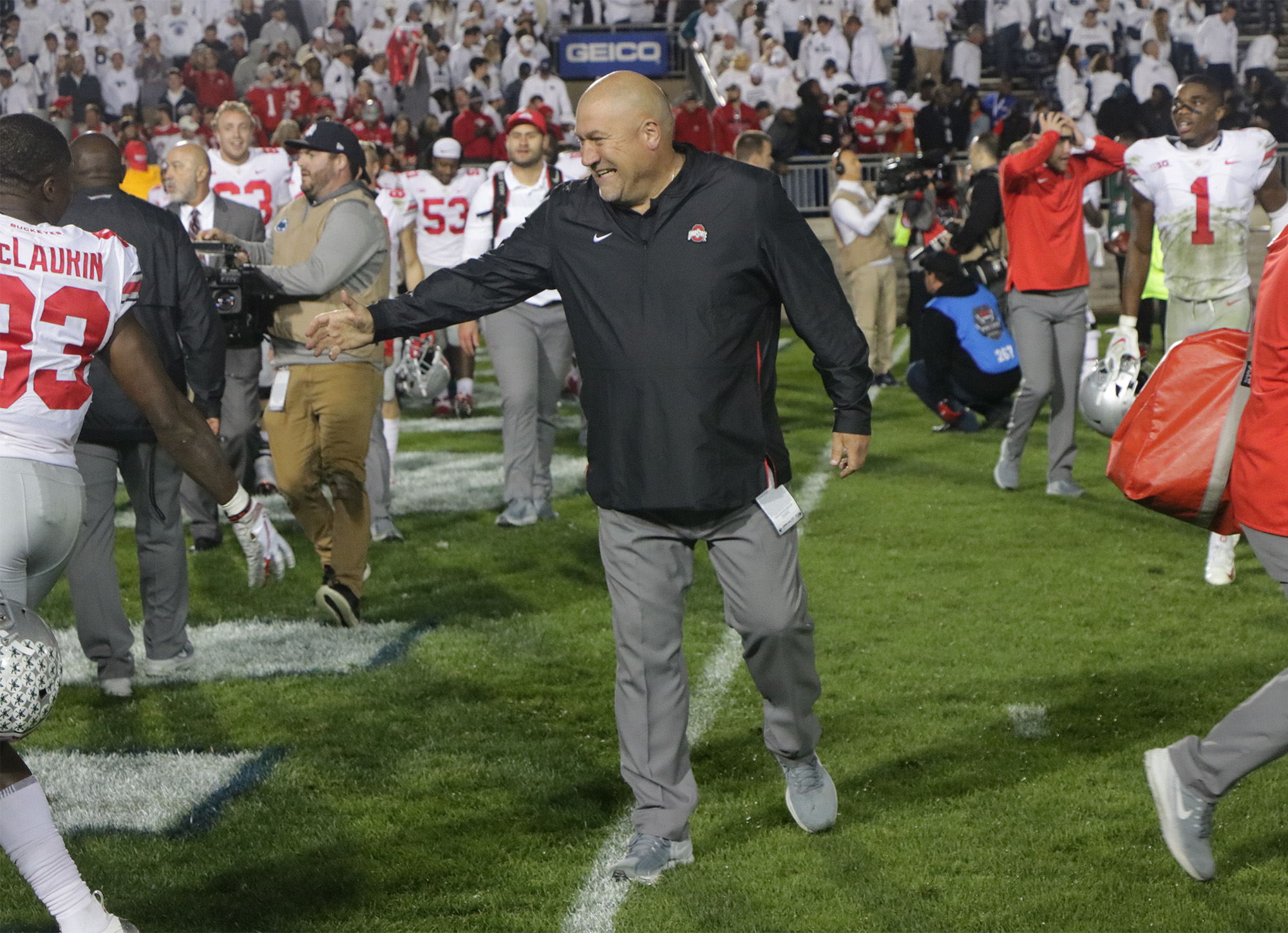 There’s talent at the top, but depth will be a question mark for the Ohio State offensive line in 2019.

As things stand with winter workouts underway, the Buckeyes have 11 scholarship offensive linemen – that number includes five-star Harry Miller and four-star Ryan Jacoby, who signed with Ohio State in December. The Buckeyes also hold a commitment from four-star guard Doug Nester, although he has been in contact with Penn State and Virginia Tech as well, while they have received recent official visits from two other priority OL prospects.

None of the remaining targets are guarantees just yet, though, leaving the Buckeyes with barely enough scholarship players to fill out a two-deep this spring.

At tackle, Ohio State returns Thayer Munford on the left side, but he’ll be the only full-time starter back in 2019. The other tackle spot will likely come down to a battle between Nicholas Petit-Frere and Joshua Alabi, with Max Wray and Jacoby being the only other tackles on the roster this spring – assuming Branden Bowen returns to guard in 2019.

On the inside, Bowen and Wyatt Davis both have starting experience and look likely to start at guard next year. Josh Myers is the odds-on favorite to win the center job, where he would likely be backed up by either Matthew Jones or Miller. Gavin Cupp, who hasn’t played a significant snap yet at OSU, is the only other scholarship interior linemen currently available.

The starting five, however it shakes out, will certainly have a high ceiling, but adding depth down the stretch will be key – not just for 2019, but future years as well.

The Buckeyes are currently sitting at 83 scholarship players this spring, meaning there’s room to add two more. Factor in the potential for additional transfers or other departures, there’s a chance Ohio State could take three.

It would certainly be an impressive end to the recruiting cycle if the Buckeyes end up adding three more linemen. The priority for now is likely to make sure Nester signs with Ohio State rather than flipping to Penn State, and the Buckeyes appear to be the leader to sign three-star offensive tackle Dawand Jones, who officially visited earlier this month.

Kahuku, Hawaii, four-star lineman Enokk Vimahi officially visited over the weekend as well, making him one of the key targets for Ohio State down the stretch as well.

BSB will keep you updated as the final days of the 2019 recruiting cycle wind down.

Enjoying the stadium and the snow 🌰🌰🌰 pic.twitter.com/A8w4atk4sM