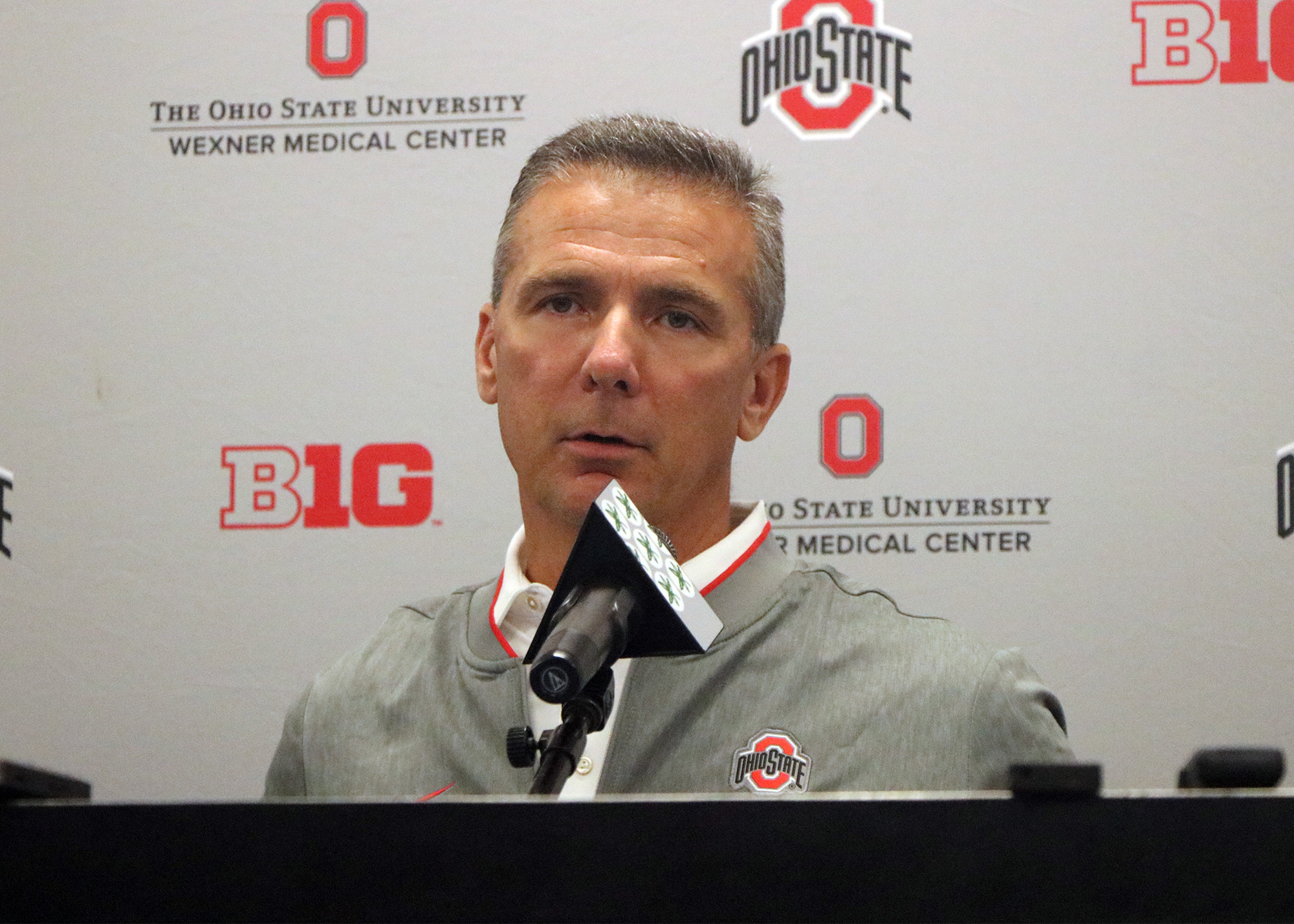 After serving a three-game suspension, Urban Meyer returned to the podium at the Woody Hayes Athletic Center on Monday to address the media.

Meyer opened his comments by naming champions and players of the game from the TCU game, despite not being involved in the game day atmosphere, as he finished his suspension.

He also gave thanks to Ryan Day, saying, “His professionalism and what he has done is phenomenal.”

The Ohio State head coach was then peppered with questions concerning the investigation, his suspension and his handling of the allegations regarding Zach Smith. What follows are the main takeaways from his time with the media.