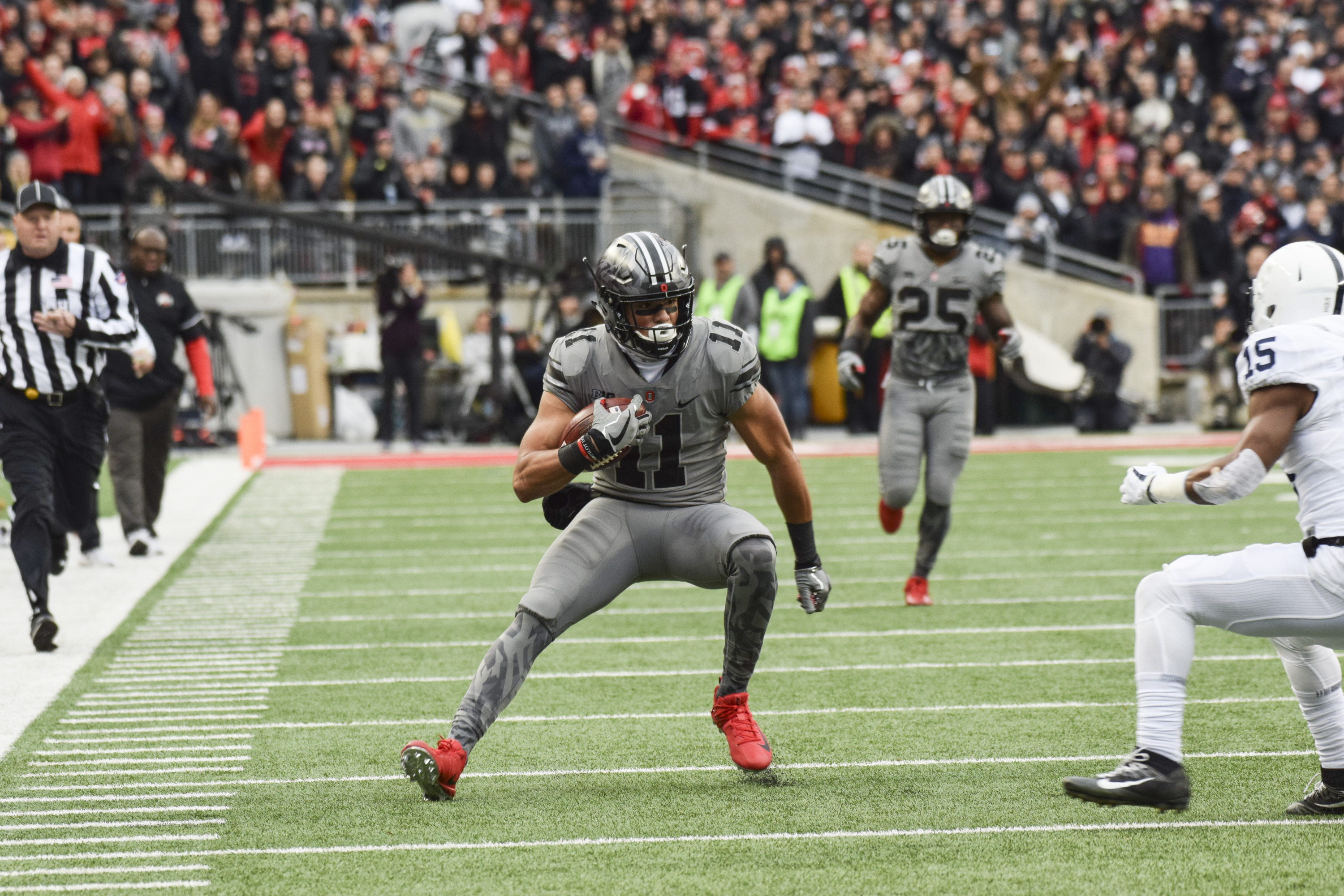 Ohio State’s 49-20 defeat Saturday at Purdue was not its only loss coming out of West Lafayette, Ind. Junior wide receiver Austin Mack, who left the action in the third quarter with an injury and exited Ross-Ade Stadium after the game in a walking boot, had surgery Monday to address the issue, according to a Tuesday report from Lettermen Row’s Austin Ward. Ohio State confirmed Mack’s procedure Tuesday through a team spokesperson.

With a projected recovery timeline between six and eight weeks, the rest of Mack’s 2018 campaign is in jeopardy. Ohio State’s rotation is deep, but Mack’s production speaks for itself. His 26 catches for 331 yards (12.7 average) and a touchdown in eight games made him Ohio State’s third-leading receiver behind junior H-back K.J. Hill and fifth-year senior H-back Parris Campbell.

In Mack’s absence, Ohio State has options on the outside. Its other receivers already in the rotation might move around between fifth-year senior Terry McLaurin and junior Binjimen Victor, but sophomore Jaylen Harris is another candidate to crack the mix. Mack was Ohio State’s starter at the “X” with Victor as the backup, while McLaurin and fifth-year senior Johnnie Dixon have been listed as co-starters at the “Z” in front of freshman Chris Olave.

If Mack makes a return at any point, based on his current rehabilitation period, he would have to do so in the postseason. Ohio State’s final five weeks of the regular season include the Oct. 27 open date, Nov. 3 vs. Nebraska, Nov. 10 at Michigan State, Nov. 17 at Maryland and Nov. 24 vs. Michigan. Beyond the upcoming slate, the Big Ten Championship Game is Dec. 1 at Lucas Oil Stadium in Indianapolis and the College Football Playoff starts with the Dec. 29 semifinals.