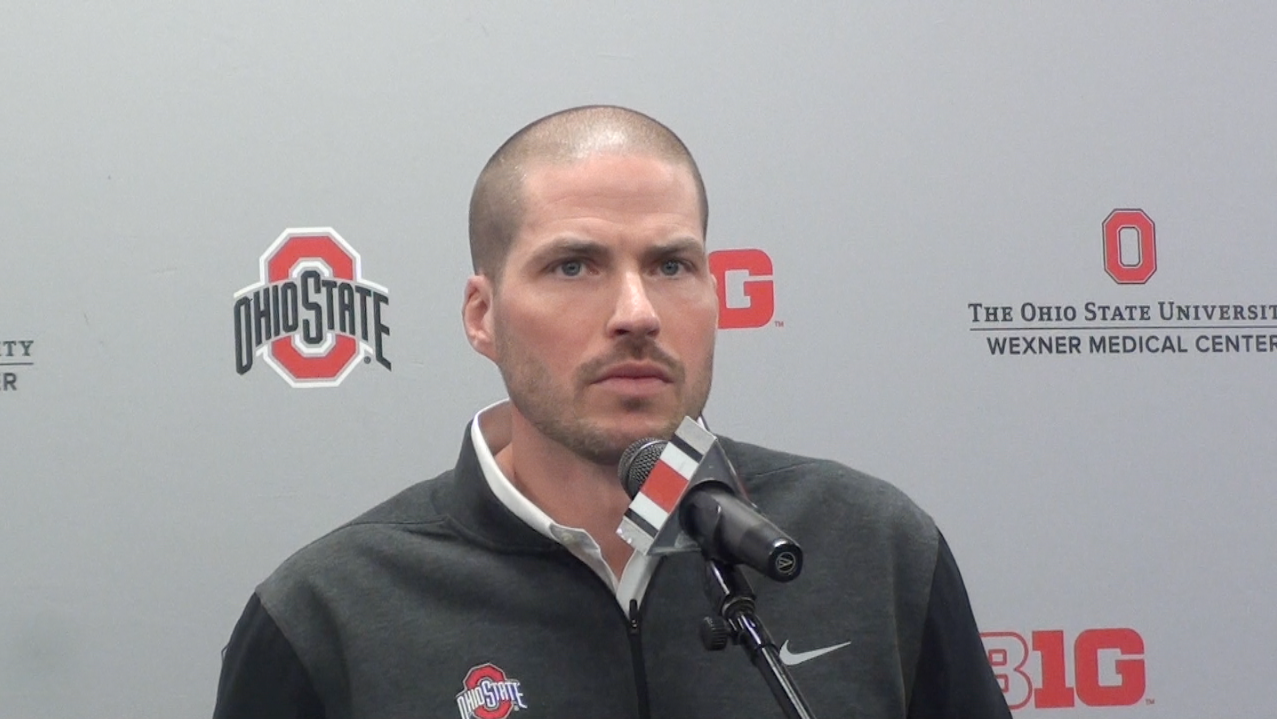 After just one year back in Ohio, Alex Grinch is leaving for Oklahoma. The Grove City native joined Ohio State’s staff last January as the Buckeyes’ co-defensive coordinator/safeties coach but is becoming the Sooners’ next defensive coordinator, Bruce Feldman of Fox Sports/FS1 and The Athletic first reported Friday.

BREAKING: #OhioState’s Alex Grinch is expected to become the next defensive coordinator at #OU, per source. He was a semifinalist for the 2017 Broyles Award. Grinch worked wonders at WAZZU turning a defense ranked outside the top 100 into one ranked No. 34 by the time he left WSU

Eight hours later, OU confirmed the move with comments from head coach Lincoln Riley. Grinch described the Oklahoma job as one that was too good to pass up.

“This is a unique opportunity at one of the premier institutions under elite leadership,” Grinch said. “Oklahoma is in the top one percent. There’s no faking it in this business. You’re either it or you’re not. Oklahoma is one of those programs.

“Coach Riley and I have a number of mutual friends,” he said. “I’m definitely in the ‘air raid’ tree, just on the defensive side of the ball. I’m not sure there’s a better fit for an offense and a defense. I believe this is what Coach Riley is looking for. I also believe what we do works.”

At Ohio State media day Dec. 30 outside Rose Bowl Stadium in Pasadena, Calif., Grinch declined to answer any questions with reporters regarding his first season on the job and only welcomed discussion about the upcoming game against Washington. He had been tied to the opening at Oklahoma through reports over the past month.

Those per-game averages were steep drop-off statistics compared to Ohio State solely under Schiano in 2017 — the Buckeyes wrapped up that campaign nationally ranked eighth in total defense (292 yards), 22nd in scoring defense (19.9 points) and 17th in passing defense (183.5 yards).

Grinch, meanwhile, was coming off a 2017 season in which he turnaround WSU’s defense with his “Speed D” scheme — nationally ranked 15th in total defense (314 yards), 47th in scoring defense (24.4 points) and 46th in passing defense (208.8 yards) — which ranked ninth nationally in turnovers forced (28) and fifth in touchdown passes allowed (11).

As a recruiter, Grinch’s only addition to OSU’s 2019 class was Potomac (Md.) Bullis School three-star safety Bryson Shaw. The 6-2, 175-pounder was Grinch’s hand-picked recruit — the 247Sports composite’s No. 570 overall prospect, No. 47 safety and No. 10 player in Maryland for the 2019 class — flipping April 28 from Wisconsin and signing Dec. 19 with Ohio State.

“He’s a very diligent and very, very involved recruiter,” Riley said of Grinch. “His specialty has been the secondary, but he’ll certainly be involved in all aspects of our defensive recruiting. He’s a personable guy and has an outstanding track record in that area. It’s something he’s very invested in and he fits with the standard that we’ve created here. Recruiting is going to be at the forefront of everything we do. Alex certainly agrees with that and fits in perfectly.”